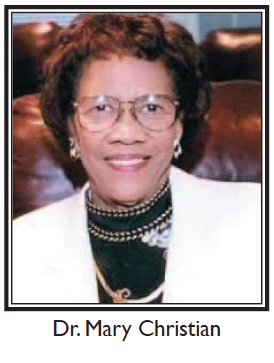 Delta member Catherine Eady-Rouse who traveled from Virginia Beach to be at the earlier sorority service that honored Christian said, “I am feeling proud to be able to have known her. She was a mentor.”

Hampton University President Dr. William R. Harvey, who on Jan. 28, 2018 presented her with an honorary Doctor of Humane Letters at the 125th Founder’s Day Celebration said in a statement, “Dr. Christian has always been an outstanding lady, colleague, academician, administrator, leader, alumna, legislator, and friend. She was loyal and supportive of Hampton University, her alma mater, up until the very end. I will personally miss this kind-hearted, effective, and productive lady.”

Chorale groups from First Baptist Church of Hampton where she was a member and Hampton University also honored Christian, who was born the second of five children on July 9, 1924 in Hampton, according to her obituary. She graduated with honors from Phenix High School in 1941, and enrolled at Hampton where she worked in the laundry department enrolled in typing courses, graduated in 1955, and eventually landed a secretarial job at the university.

From 1955 until 1960, Dr. Christian taught in the Hampton City School system, according to a university press release.

She attended Columbia University during summer breaks, where she earned her master’s degree in speech and drama in 1960. In 1968, she earned her Ph.D. from Michigan State University, while working as a professor at her alma mater, Hampton University.

Her first major step into the political arena came in 1968 when she helped organize a voter registration drive at the university. It resulted in more than 1,000 people registering to vote.

In 1980, Dr. Christian was named the dean of the Hampton University School of Education. She was the first African-American to serve on the Hampton City School Board. Her political accomplishments include working as a campaign manager for several political candidates and being elected in 1986 to the Virginia House of Delegates. She became the first African-American since reconstruction to represent the state’s 92nd district, the City of Hampton and served seven terms in the General Assembly from 1986 to 2004.

The recipient of numerous awards, she was also the subject of “My Life Did the Singing,” a play presented on campus in 2014 on her birthday to raise funds for a scholarship established in her name.

Follow us
In this article:Dr. Mary Christian, Hampton Universary, HU 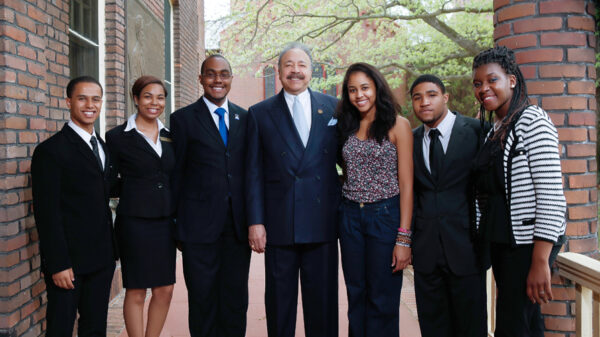 By Leonard E. Colvin Chief Reporter New Journal and Guide An “era” is defined as a long period related to technology, geology or a prominent... 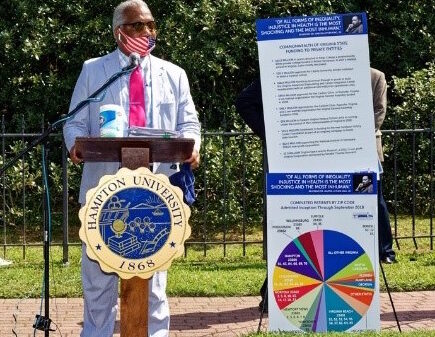