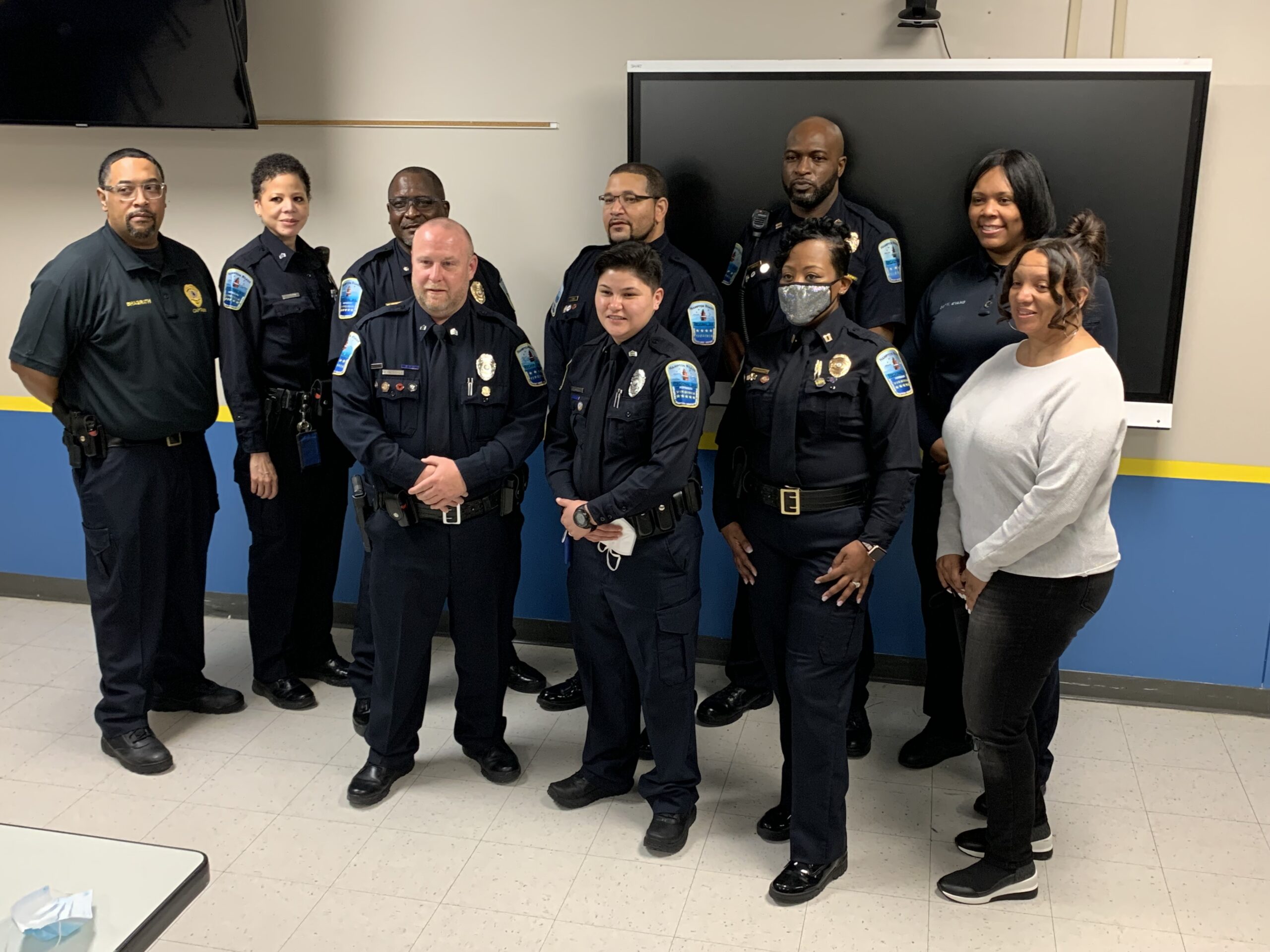 PORTSMOUTH
Hampton Roads Regional Jail (HRRJ) hosted Promotion Ceremonies on Feb. 11 for each shift to recognize the accomplishments of eight Jail Officers. Promoted to Sergeant were Jeremy VanSickle, Roseanna Esquivel, Doornah Mooney, and Adrienne Hardy. Katrina Evans and Risha Davis advanced to Lieutenant during an evening ceremony, providing an opportunity for their team to share in the occasion. Lieutenants Kuanasia Murphy and Tony Nash were promoted to the rank of Captain. Ceremonies concluded with Sergeant Cedrick Barron being sworn in Monday morning, February 14.

“We have to reward Jail Officers when they are qualified and have shown dedication to their careers,” said Colonel Jeff Vergakis, Superintendent of HRRJ since January 1, 2022. “Having seasoned team members will enhance our level of service to our inmate population and provide a paradigm for new recruits to excel.”

Requirements to be promoted include proven leadership, team building, attendance, years of service and excelling beyond the call of duty. All deserving Jail Officers were pinned by family members, friends, co-workers or administration, and supported by their peers.

“Colonel [Vergakis] and I need every last one of you, (referencing all Jail Officers). Without you I’ve got nothing,” said Lt. Colonel William Anderson. After a little over a year of observing the inner activities of the jail and working toward positive change, Anderson told the newly promoted sworn officers that he knows what they have been through, while the facility has been in transition. He reiterated that change is coming and “we’re developing as we move forward.”

Jail Officers, who spoke, touted the support of peers as being part of the reason for their success. Captain Murphy, a 20-year employee said, “Everyone here got me where I am today. Now I got work to do.”

Sergeant Jeremy VanSickle expressed gratitude for the opportunity to serve. “I will do what it takes to move forward and make us a better family.”

Lt. Evans admonished her team to work as hard for the incoming sergeant as they did for her. She reminded them that all contributions toward the mission and goal of the organization benefit everyone, including the inmates.

The promotion ceremony ended with team members applauding the success of one another and congratulating their peers on the most recent achievement.