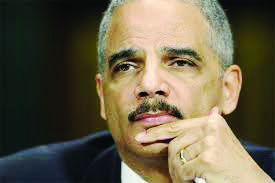 Eric Holder, the former Attorney General, who is leading the National Democratic Redistricting Committee, said it is important that Democrats do not become complacent after multiple wins in Virginia but instead focus on overcoming gerrymandering.

The recent electoral wave in Virginia may lead some Democrats to assume sacrifice, compromise, and planning do not matter, Holder said. But Democrats should not dismiss or diminish gerrymandering efforts, which date back to 2010 when Republicans used a strategy called REDMAP, the Redistricting Majority Project. While voters sent a Democrat in Virginia to the governor’s mansion by giving him a nearly nine-percentage-point advantage, and delivered a similar margin in total votes in legislative races, recounts may cause Democrats to fall short of taking control of the state’s heavily gerrymandered House of Delegates.

“It’s almost going to take a historic wave to overcome the gerrymandered map in a handful of states,” Holder said in a recent interview with The New York Times.
Still, Holder added firmly, “The House of Representatives is certainly in play.”

An analysis by the National Democratic Redistricting Committee, found that Democratic candidates for the House of Delegates in Virginia received about 224,000 more votes than Republicans, out of about 2.4 million cast. Several races are still undecided and headed for recounts, but for now Republicans have a 51-49 advantage.

“The system didn’t become more fair as a result of what happened last night,” Holder said in a recent interview in The New Yorker. “The system appears to be more fair in spite of the reality that those Democratic candidates faced. The job that I have is to make sure people don’t become complacent.”

The challenge, Holder added in a recent interview with Politico, is to shape the future of gerrymandering. Ralph Northam did not win Virginia’s governorship because of his tax plans, social views, or life story, he said. It was the National Democratic Redistricting Committee, the Obama-backed group he chairs, which decided months ago that the most important way this year to shape the future of gerrymandering was ensuring a Democrat is in the Virginia governor’s mansion when the next set of House and state legislative maps are drawn after the 2020 Census.

Holder described his new role in his interview with Politico. “I think what I’m doing now is really a continuation of that which I did as attorney general, speaking out for a more fair, a more just, a more equal America, talking about protecting voting rights, talking about criminal justice reform.”

He said, “Pootie” and “Ray Ray” must get off the couch and go vote. Big margins are needed now because “voting machines get lost.”

He said Barack Obama’s presidency did not magically transform people, end bigotry, or stop neo-Nazis and, you know, white nationalists. “They didn’t feel empowered in the way that I think they do now,” Holder added in his recent interview in Politico. “Is this a different America? I think we’re going to know on the basis of the election we see here in Virginia in 2017, what happens in the midterms in 2018, and ultimately, what happens in 2020.”