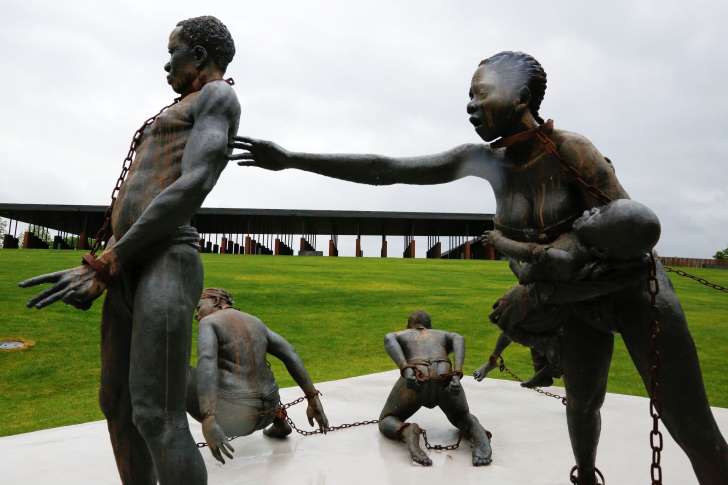 The new National Memorial for Peace and Justice opened this week in Montgomery, Alabama. The site features 800 brown rectangular slabs, inscribed with the names of more than 4,400 souls who lost their lives in lynchings between 1877 and 1950.

Each pillar is 6 feet tall, the height of a person, and made of steel that weathers to different shades of brown.

The slabs seemingly rise above them, suspended in the air in long corridors, evoking the image of rows of hanging brown bodies.

The project is the work of the nonprofit Equal Justice Initiative (EJI), a national legal advocacy group headquartered in Montgomery. A few blocks away from the memorial, EJI also opened The Legacy Museum: From Enslavement to Mass Incarceration, which explores slavery, lynching, segregation, and mass incarceration in America on land where enslaved people were once warehoused. The organization says the two sites are the nation’s first “comprehensive memorial dedicated to racial terror lynchings of African-Americans and the legacy of slavery and racial inequality in America.”

Bryan Stevenson, EJI’s founder, said he wanted to create a space for people to confront and “deal honestly with this history,” just as South Africa has sites about apartheid and Germany memorializes victims of the Holocaust.