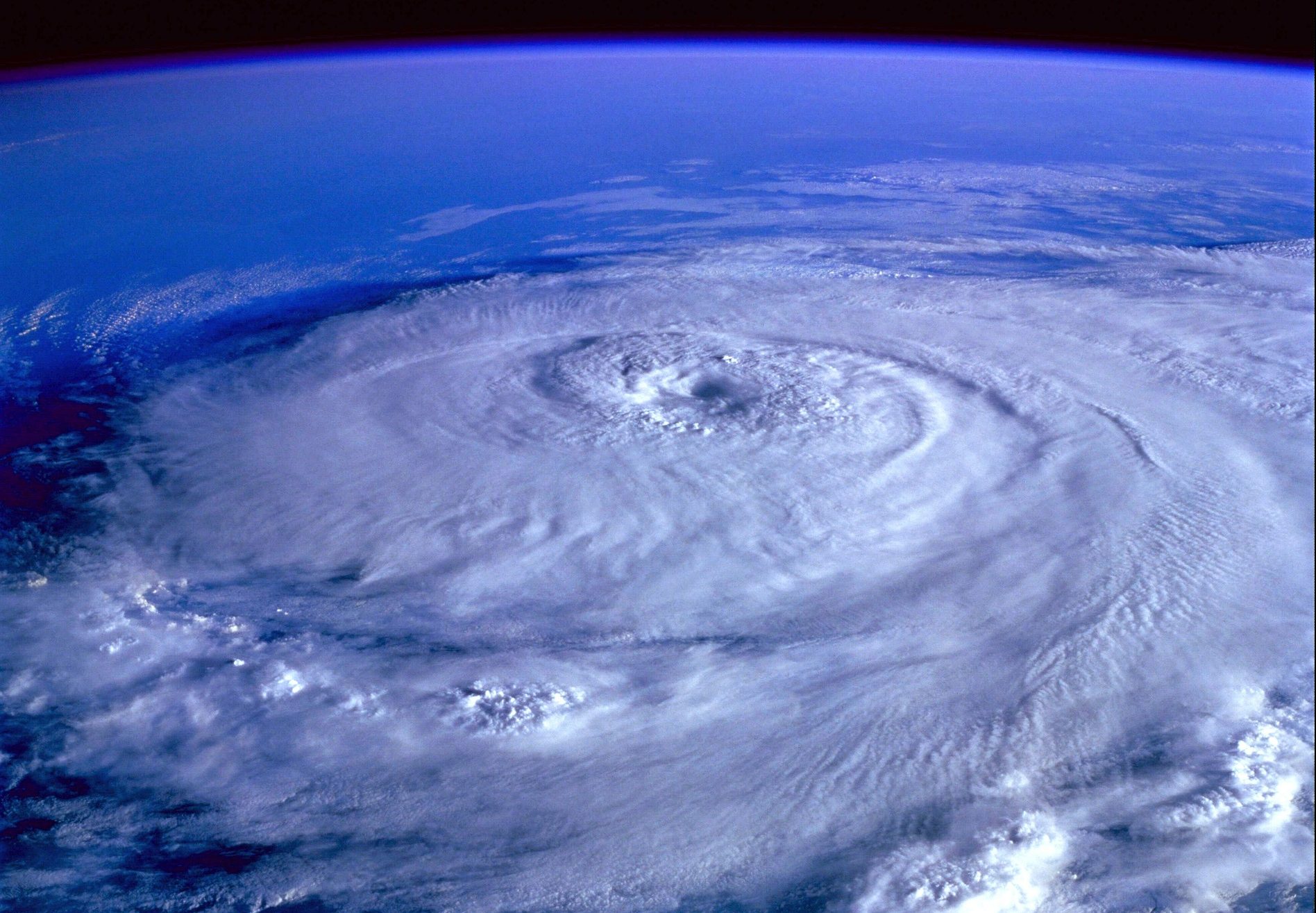 Today no place in North Carolina is facing the pain and future uncertainty spawned by the storm than the roughly 2,000 residents living in the historic town of Princeville, which has been run by African-Americans since its founding.

It is one of the few towns that was founded and sustained by Blacks after the Civil War and still exists. Residents and historians want to keep it that way.

The town sits next to the Tar River. The winds of the hurricane forced its waters to roll into Princeville, which sits on land historically prone to flooding.

During the height of the flooding, all of the town’s residents were evacuated. Only half of them have been able to return to their homes, many of which sustained some damage.

But the town manager said the remainder of the town’s residents will not be able to return until FEMA (Federal Emergency Management Agency) supplies them with temporary housing in the form of over 600 trailers.

Over 300 people in Edgecombe County, and many in Princeville who live in the town’s tiny public housing complex, were placed in hotels temporarily by FEMA.

For the past two months, the agency has been urging these public housing residents and private homeowners and renters to leave the town and settle elsewhere.

For residents of the public housing community and others who live in subsidized units, the end of their temporary housing assistance will run out sometime next month.

Now they are being urged to find housing elsewhere away from the flood-prone areas.

It is unclear if HUD will rebuild replacement public housing or give people a voucher to acquire housing dwellings vulnerable to future floods.

Daniel Gerald is Princeville’s Town Manager and town leaders are urging residents not to leave and to force FEMA to use its muscle to restore and safeguard the town from future floods.
He said the depopulation of Princeville will destroy its tax base, and eventually, the town will cease to exist. A few Black-founded towns like Eatonville, Fla., which was incorporated in 1887, still exist today. Many others have faded, like Nicodemus, Kan., which has about 25 residents, or Blackdom, N.M., which was abandoned after a drought.

Gerald said town leaders have been urging residents to pressure FEMA to fix the levee so another breach will not destroy rebuilt or restored homes the agency should fund.

Gerald said an engineering report, which will determine the direction of FEMA’s reclamation operation of Princeville, will be released next week.

He said an independent agency will conduct the report and will reveal how the levee was breached, the estimation of the damage it caused and what will need to be done to fix the issue to assure that it will not happen again.

According to Gerald, FEMA has given Princeville and Edgecombe County residents three options under its Mitigation Process used to restore communities affected by natural disasters.

The first is elevating a home. The project pays for engineering to determine if the home is feasible to raise, then elevates and retrofits the foundation.

The second is acquisition or “buyout” of a home using FEMA funds to purchase the structure and land from a willing homeowner at fair market value.

And the third involves the construction of an improved, code-compliant, elevated home on the same site where the existing home has been partially or completely demolished or destroyed.

FEMA has scheduled opportunities for land and home owners to apply for one of the options February 6-8.

“We are telling people not to move,” said Gerald. “FEMA has the ability to fund a recovery and make this town and its people whole again. The engineering report will be key to how we proceed.”

Gerald said only seven buildings in Princeville were destroyed by the flood; many others were badly damaged. Over 700 of them were destroyed in other parts of Edgecome County, he said.

He said the Princeville Fire and Rescue personnel secured the town as soon as the flood waters posed a threat. He said the same personnel ventured out into other parts of the county to help save and stabilize people who were victimized by the flood.

Gerald said the residents of Princeville are still seeking to recover from the flooding. But donations, support and recovery efforts which FEMA promised are not adequately funded.

According to Gerald, mostly White communities in West Virginia and Louisiana, impacted by storm water, are receiving more robust assistance to sustain themselves and rebuild their homes due to flood waters.

They have also received temporary trailers to stay in until their homes are rebuilt or until flood victims find other housing options, if their homes are unrepairable. FEMA has been slow to respond to the need for such trailers in Princeville.

“It feels like we’re almost being punished for being prepared,” Gerald told the North Carolina News Service recently. “Now the government seems to be taking their time in bringing in trailers. I know for a fact they are sending them to other places.”

He said that residents are digging into their own financially shallow pockets to restock needed supplies in the Donation and Recovery Center used by the neediest residents to acquire clean water and other daily resources.

In a newscast on Norfolk’s public radio station, WHRV FM 89.5 on Jan. 23,. Doris Stith, who does not live in Princeville, but in a less flood prone area of the county, said she is worried about the future of the historic city.

This is not the first time Princeville has sought to recover from hurricane damage and had to fight the federal government.

In 1999 Hurricane Floyd pushed the flood waters into the town and devastated it when a levee, built by the Corps of Engineers in 1967, was breached.

The town recovered because residents were offered the same options FEMA is offering them now – sell and leave – or face an uncertain future on your own.

In 1999 when Hurricane Floyd hit the area, Gerald, now 43, said he was in the first days of a job with the State Division of Water Quality in the county, after moving from South Carolina to assume the position.

Millions of dollars were invested back then to restore the levee which was overwhelmed last October, helping residents rebuild their homes, a small school, city hall, a museum dedicated to its history and the handful of businesses which also were destroyed four months ago.

But is Uncle Sam willing to spend the money to rescue the town again and are residents confident that another fix of the levee will not be compromised again?

Residents and town leaders are worried not only by the loss of financial stability, they are worried about the tiny town’s historic legacy.

Shortly before the end of the Civil War, a slave named Turner Prince, established Freedom Hill, which became Princeville 20 years later. Many of the people who currently live in the town are descendants of the first wave of Black freedmen who moved from the nearby plantations they had toiled on for decades.

An effort to use the land to build a community and escape the remnants of slavery was one factor for those aspiring homesteaders.

The land sat next to the menacing Tar River, making it vulnerable to flooding, but safe from Whites who did want it. This made it easier for ex-slaves to claim the land, despite nature’s risks, which exist even to this day.

“Their existence in this space was not a matter of chance or choice, but instead the discarded and unwanted space was what former slaveholders allowed them to occupy,” said Richard M. Mizelle, Jr., an associate professor of history at the University of Houston, in a New York Times article last December.

Princeville School was listed on the National Register of Historic Places in 2001.

By 1888, at least 200 Black towns and communities had been established nationwide. Some were modeled on Black towns that had been formed after the American Revolution and during the antebellum era – from the late 1700s to 1860.

“The Black-town idea reached its peak in the fifty years after the Civil War,” Norman L. Crockett wrote in his book “The Black Towns.”

“The dearth of extant records prohibits an exact enumeration of them, but at least sixty Black communities were settled between 1865 and 1915. With more than twenty, Oklahoma led all other states.”