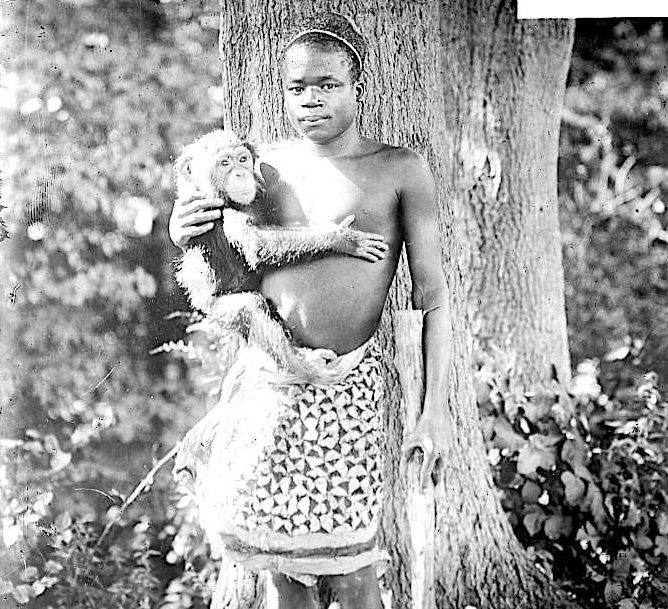 LYNCHBURG
An estimated 225 people attended the unveiling on Sept. 16 of a new state historical marker recalling the tragic story of Ota Benga. The marker was issued by the Virginia Department of Historic Resources for Ota Benga, a young Congolese man brought to the United States for exhibition at a World’s Fair in the early 20th century,

The dedication and unveiling ceremony for the marker was held on the campus of Virginia University of Lynchburg (formerly Virginia Seminary and College), at the sign’s location along the corner of Dewitt Street and Garfield Avenue in Lynchburg.

Remarks during the ceremony were provided by Pamela Newkirk, author of Spectacle: The Astonishing Life of Ota Benga, and by H. E. Francois Nkuna Balumuene, Ambassador of the Democratic Republic of Congo.

The historical marker recalls the life of Mbye Otabenga, known later as Ota Benga. Born in the present-day Democratic Republic of the Congo, Benga along with “eight other Congolese purported to be ‘Pygmies,’” in the marker’s words, were brought in 1904 by a Presbyterian missionary “to be displayed at the St. Louis World’s Fair.”

Benga later was exhibited in the “Monkey House” at the Bronx Zoo in New York. “Outraged African-American ministers secured his release from the zoo and placed him in an orphanage in Brooklyn,” the marker states. In 1910, Benga was brought to Lynchburg to attend the Virginia Theological Seminary and College. “Despondent over his inability to return to Africa, he committed suicide in 1916,” the marker concludes.

The Soulsters from the Hill provided a musical contribution during Saturday’s ceremony.

Following the ceremony, Africa House hosted a reception and displayed an exhibit thematically based on Ota Benga. A book signing by author Pamela Newkirk is planned to be hosted by Givens Book Store.

The Ota Benga marker was approved for manufacture and installation earlier this year by the Virginia Board of Historic Resources, which is authorized to designate new historical markers. The sign’s manufacturing cost is covered by the marker’s sponsor Africa House.

Virginia’s historical highway marker program, which began in 1927 with the installation of the first historical markers along U.S. Route 1, is considered the oldest such program in the nation. Currently there are more than 2,500 official state markers, most maintained by the Virginia Department of Transportation, as well as by local partners in jurisdictions outside of VDOT’s authority such as Lynchburg.