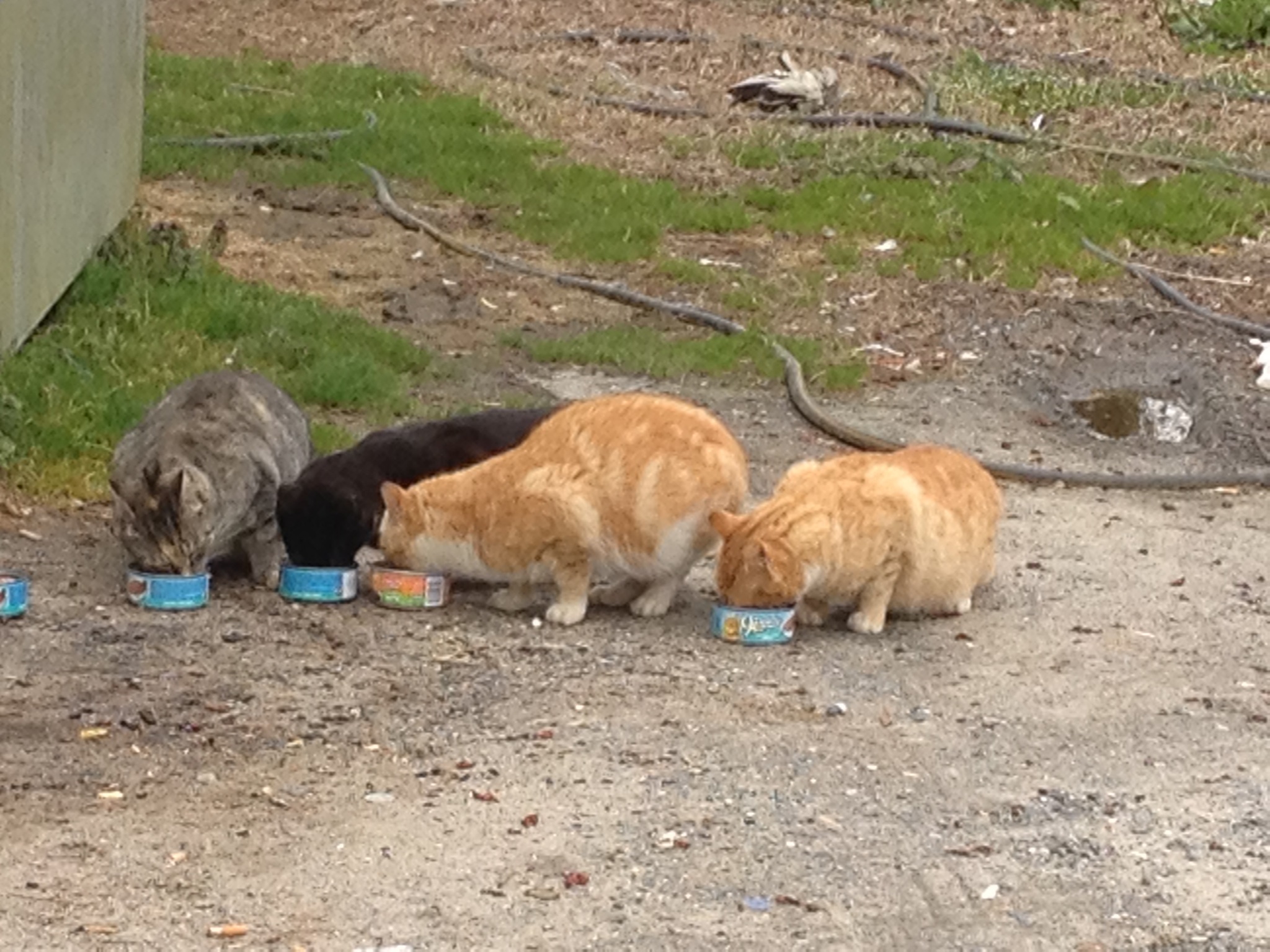 During my three and a half years working at the Norfolk SPCA, we, like all animal shelters, have been contacted by numerous members of the public concerned about unowned cats living outdoors and reproducing litter after litter. We’re asked what we can do to help time after time.

Fortunately, since 2012, our organization has been able to offer residents of Norfolk the ability to spay and neuter these cats at no cost to caretakers courtesy of two large grants generously provided by PetSmart Charities. Right now, we’re on our second grant. Received in February 2015, this large charitable donation enables us to sterilize almost 1,400 feral cats living in Norfolk as part of trap-neuter-return (TNR) efforts going on in our city. The Norfolk SPCA spayed/neutered 1,200 Norfolk outdoor cats with the first grant, which ran from 2012 to 2014.

Once our second grant’s funds dissipate, the price to spay/neuter feral cats reverts to $40, which is also our rate for outdoor cats living in other Hampton Roads communities. The $40 feral rate is less than our rate for pet cats and the Norfolk SPCA offers surgeries for these populations as a public service to reduce the number of homeless cats and kittens in our neighborhoods and shelters.

When the cat is spayed/neutered, he or she is given, pursuant to TNR protocols, a rabies vaccine and other medical basics, such as an antibiotic shot or medication for parasites. The feral cats are also given an eartip, which is the trimming of the corner of the left ear while under anesthesia as the universal TNR sign to all other people approaching the cat that sterilization has already been completed.

Despite their challenging lives on our streets, most of these feral cats arrive in our clinic in good condition. We euthanize less than one percent for health reasons.

Not long ago while Norfolk SPCA volunteers were participating in WHRO’s Pet Pledge Friday, as we do three times a year, a gentleman mentioned to me an apartment community in Norfolk that had several feral cats on the property. Apparently, the volume of cats had upset residents, with the issue coming up for discussion at a civic league meeting. Once we were able to ascertain the name of the development and discuss the issue with the manager there, the Norfolk SPCA called on one of our very generous volunteers and donors—who also happens to be a TNR expert. Virginia Beach bookkeeper Bonnie Lex estimates she has TNR’d more than 1,500 cats during the past six years. Even her Virginia animal-friendly license plate reads “TNR.” Just think of all the homeless kittens who were never born—and suffered—out on the streets because of her efforts!

The apartment complex manager helped us inform community residents about Bonnie’s humane trapping efforts, alerting them not to feed cats two or three days prior so that cats would be hungry enough to go into traps.

In the course of only two weekends during April 2016, Bonnie and three other volunteers experienced with TNR collected 23 cats. A couple of them were euthanized and some were sociable enough to be adopted via a shelter, but most were returned to the apartment complex grounds—their outdoor home where many residents care about and feed them.

Whereas as the Norfolk company that owns the apartment complex had previously had the cats removed and euthanized, they now had a new, non-lethal alternative. We see this as a victory for not only the cats, but also the people involved, who can now take action without being concerned that their efforts to help the animals who live near them will automatically result in their deaths.

We want to bring the lifesaving message of TNR to other rental communities, as well as landlords, property managers and civic associations. There is another way these days—the progressive approach of TNR. Killing the cats or ignoring them such that they continue to reproduce are no longer the only answers.

Thank goodness that animal sheltering as an industry is increasingly engaging in TNR, thereby saving lives, rather than ending them. And an extra thanks for industrious, concerned and selfless folks like Bonnie who give so much of their time and money to help feral felines.

For more information on TNR and the Norfolk SPCA’s services for running-at-large cats, please visit our website at NorfolkSPCA.org and click on the “Outdoor Cats” link. You can also visit the websites of major national organizations like Alley Cat Allies, the Humane Society of the United States and the ASPCA.