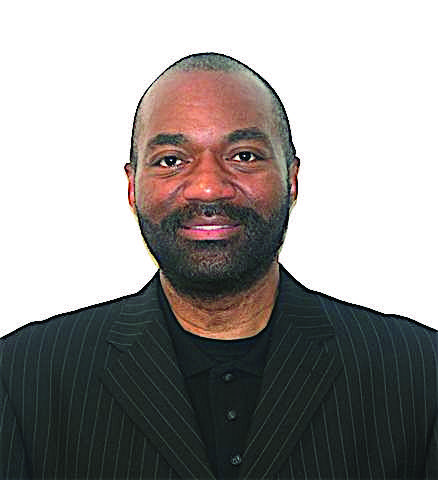 While minorities, including African-Americans, make up 18 percent of the nation’s public school teachers, nearly half of the public school students will be Black and Hispanic.

Recent U.S. Department of Education (DOE) data indicates the disparity in the percentage of Black teachers will not change by 2024 when 54 percent of the students will be minority and mostly Black.

The Virginia Department of Education Director Dietra Trent, who is African-American, established the Taskforce on Diversifying Virginia’s Educator Pipeline (TDVEP). The taskforce recently released its report after a year of study and meetings.

Among other factors, the report revealed a demographic breakdown of the percentage of Black students in each city and county school division compared to the number of Black teachers.

Only 15 percent of the public school teachers in Virginia are African-Americans, according to that report, due in part to a shrinking pool of candidates entering the teacher preparation pipeline. The national average is 18 percent.

Nationally, the number of undergrads enrolling in teacher preparation programs has declined by 30 percent since 2008. So the number Blacks in that pool is even weaker.

According to the enrollment data from the State Council of Higher Education for Virginia (SCHEV), Virginia has seen a similar decline.

Dr. Leon Rouson, Professor of Education at NSU, was on that taskforce which recognized there was a need for efforts and policies to increase the number of minority, notably African-Americans, in the pipeline.

The report said 25 percent of individuals enrolled in a traditional teacher preparation program in institutions of higher education were individuals of color.

According to data compiled by the Virginia Department of Education and SCHEV, minority enrollment in Virginia’s teacher preparation programs has fallen from more than 50 percent in the 2010-2011 school year to only 33 percent in 2016-2017.

Though the diversity of the Commonwealth’s teacher preparation pipeline exceeds the national average, significant action would be required to achieve demographic parity with the student population, the report said.

According to the taskforce’s findings, “Nationally, teachers of color leave the teaching profession at particularly high rates, with a turnover rate of 18.9 percent in 2012-13, compared to 15 percent for White teachers.

The five-year grant will support pre-service teacher education candidates, according to Rouson.

Rouson said it is too early to determine the total outcomes and success of the program.

But he would admit a promising outlook on students enrolling to seek education degrees, retention, projected graduation and passing assessment exams to secure licenses to enter the field.

Rouson said the program has provided participants with mentoring and tutoring to equip them with financial literacy and test-taking skills as well as support for their professional tests and organization fees.

The school did receive another grant which provides roughly $220,000 a year over the five-year period and is a continuation of a $1 million grant funded in 2010.

Under this grant, NSU saw a 92 percent retention rate from the freshman to sophomore year; 94 percent of participants with a 2.50 or higher grade point average; and, a 59 percent five-year graduation rate.

“These rates are much higher than those of the general student population and nonparticipants,” said Rouson.

One element of the NSU teacher preparation program is the Future Teacher Academy (FTA).

Only 5 percent of the nation’s Black teachers are male, according to the FTA webpage. The program hopes to increase Black female teachers, as well as older non-traditional students, students from low-income backgrounds, students with disabilities, first generation students and other underserved populations, who complete state approved and nationally accredited programs in teacher preparation.

Rouson’s career trek as an educator has spanned 35 years, 14 of them at NSU. He recalled that in the fourth grade a teacher recognized his strength in math and suggested he would do well as a teacher.

He earned his Bachelor’s and Master’s degrees from an HBCU: North Carolina Central University (NCCU), and his Doctorate at ODU. He says he has a clear view of the dynamics related to speeding up and expanding the preparation assembly line for minorities.

Rouson believes men like him can be role models and that mentoring by parents, faculty and institutions can inspire students, regardless of background to enter the teaching field.

Like other educators concerned about the issues, he cites historical, economic and institutional barriers faced by poor minorities in entering the career field.

Other career choices such as engineering or cyberspace are more attractive and available today compared to teaching. Two generations ago, Blacks had few professional options beyond teaching.

Rouson said Black teachers are leaving the field as early as three years after entering it, which hurts retention of them compared to Whites.

Pay is another factor. Many poor school divisions find it hard to recruit and retain teachers who may earn below the $35,000 on average nationally or $39,000 as a starting salary in Virginia, even with insurance.

Many public school divisions with limited resources are able to supplement their local funds with state and federal funds to increase salaries.

But adjacent and more prosperous divisions still may lure a teacher away.

Another weak selling point for minority teacher recruitment is the perception that the job is undervalued.

Also, complaints of the tight reigns imposed by school administration and policies may deter creative candidates.

Fear of confronting undisciplined and poorly parented children is another cause for avoiding or shifting careers mid-educational stream for some, as well.

Rouson said school divisions should invest more in teacher equity and developing policies and strategies to support teachers to maintain their morale and sense of worth and security.

He noted a cultural disconnect between students and staff will contribute to a feeling of not being “respected or welcome” in a school setting regardless of location.

However, one of the most critical barriers for many teaching candidates, regardless of race or income, is passing teacher licensure examinations.

Rouson said while the number of undergraduate teacher-candidates is rising and meeting the demands of the classroom, passing the gauntlet of assessment exams can be a challenge.

Rouson said there are four critical examinations teacher-candidates must pass, including the Praxis Core which includes math, reading and writing.

Candidates also must pass the Praxis II Content Area to determine their grasp at the specific academic area of expertise whether it be science, math, history, etc.

“Part of this critical barrier are the costs of these tests,” said Rouson.

One may be $90 or higher each time administered,” he said. “That may not sound like a lot, but there are some students who may find that a significant barrier.”

Rouson said NSU educational majors, based on their eligibility, are provided with vouchers to pay for the PRAXIS and VCLA examination fees.