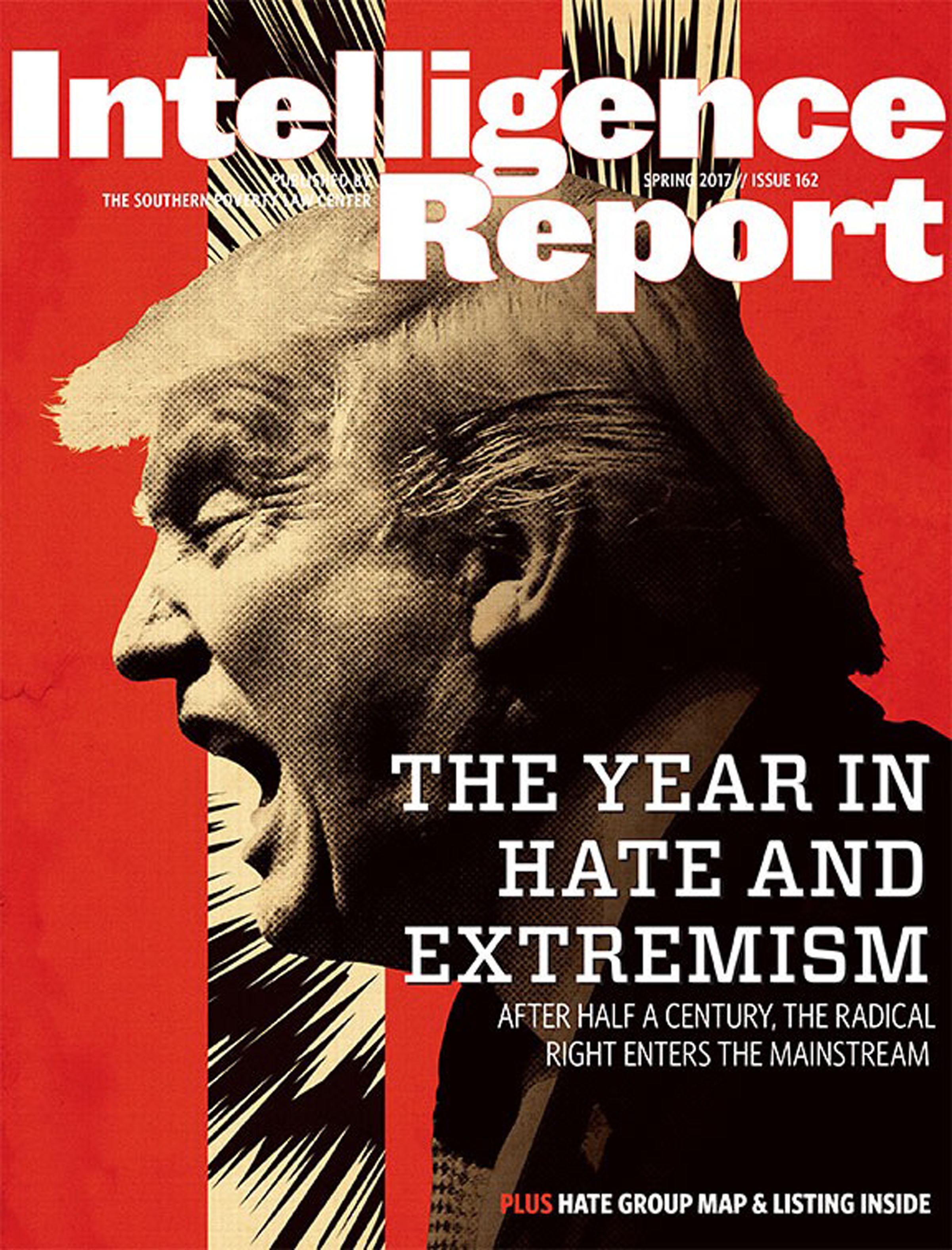 Since the election of Donald Trump in November, there have been almost 1,000 reported hate crimes targeting Muslims, Arabs, African-Americans, Latinos and other people of color, according to the Southern Poverty Law Center.

This means that the increase has occurred within the past 10 weeks. Southern Poverty Law Center Intelligence Project Director Heidi Beirich attributed the spike to President Donald Trump’s election. It has created “safe spaces” for racists, she said, in a recent interview in Salon. “Trump is the cause.”

The spike in hate crimes includes threats against Jewish synagogues and community centers as well as the vandalizing of Jewish cemeteries.

Some hate crimes have also caused physical harm and even death: An Indian immigrant was shot and killed by a white man in Kansas who reportedly told him, “Get out of my country.” Most recently a white man shot a Sikh man in Washington State after making a similar comment.”

Scores of news reports show that presidential candidate Trump made multiple racist statements including a plea to African-American voters in the Chicago Tribune on Sept. 28. He said, “You’re living in poverty, your schools are no good, you have no jobs, 58 percent of your youth is unemployed – what the hell do you have to lose?” He also accused Judge Gonzalo Curiel of not being able to do his job because he is a “Mexican.” He was actually born in Indiana.

“Trump is a man who navigates the world by racial and ethnic stereotyping,” the Chicago Tribune noted. “He speaks of “the” Blacks and “the” Hispanics (as) a racial or ethnic group as standing apart from “us.”

The Chicago Tribune added, “The sad and disturbing thing is not so much that there still are people like Donald Trump (Archie Bunker with money), but that he so easily cultivated racial bias and built himself a following through stunts such as the birtherism lie and vicious anti-Hispanic rhetoric that paints millions of immigrants as criminals.”

Perhaps the most famous example of Trump’s influence surfaced in February 2016. High school students at a basketball game in Indiana produced signs and images of then presidential candidate Donald Trump and began to chant ‘Build that wall,’ at the Bishop Noll team and fans, who are heavily Hispanic,” according to a statement that was released by the dioceses that oversees both schools. In another instance, a Trump supporter shouted at protestors in Arizona, “Go f-king make my tortilla motherf-ker and build that f-king wall for me.”

The New Republic noted on July 18, 2016, “That is Trump’s doing. Trump has energized these groups by igniting their hate and making the use of bigoted speech more normalized, if not more acceptable.”

Pointing to records that show hate crimes have spiked since Trump took office, Beirich, of the Southern Poverty Law Center said in a recent interview with Salon, “I do not think there’s any question that Trump is the cause. The first day of his campaign, he bashed immigrants and said Mexicans are rapists. The entire campaign included xenophobic remarks, anti-immigrant remarks, anti-Muslim remarks, racist remarks, trading in anti-Semitic imagery and anti-women comments. Let’s not forget that during the campaign there were hate crimes committed — very severe ones in Trump’s name. For example, there was an immigrant in Boston who was beaten by two Trump supporters.”

At this point, Beirich pointed to three festering, deep, underlying issues that have launched more hate crimes First, members of the Ku Klux Klan began shifting from robes to suits and ties in the late 1970s and early 80s, Beirich explained. Second, white supremacists began recruiting on the Internet. Third, this sector began using the Internet to organize across international boundaries.

“White supremacists have gone through a couple of rebrandings,” Beirich explained. “The first being to white nationalism.”

She added, “But nobody at least since around the turn of the millennium has done what Trump did, which was to just go out and make flat-out racist statements, as well as send out “white genocide” tweets and anti-Semitic tweets. That is unheard of and shocking.”

This means the recent surge in hate crimes has deep roots including the white supremacist backlash that was brewing against President Barack Obama, the census report that said white folks would become a minority in the 2040s, and the belief that white attitudes and beliefs should dominate worldwide.

“There are these tipping points where white people get very, very upset,” Beirich said. “When a neighborhood is less than 5 percent minority, they are fine. It gets up to 15, and there’s, like, literally racial panic.”

Pointing to how the nation had the largest Klan ever in the late 1910s and early 1920s because the US had high levels of foreign born, she said, “So I think we have to think about demographics here because the country is going through a major demographic shift. In 1924 the United States passed an immigration act that restricted immigration to Nordics.”

But white supremacists “really don’t care much about country,” she explained. “They care about historic European populations, so their ideas about white ethno-states transcend borders.”
According to Merriam Webster Dictionary, a white supremacist is “a person who believes that the white race is better than all other races and should have control over all other races.”