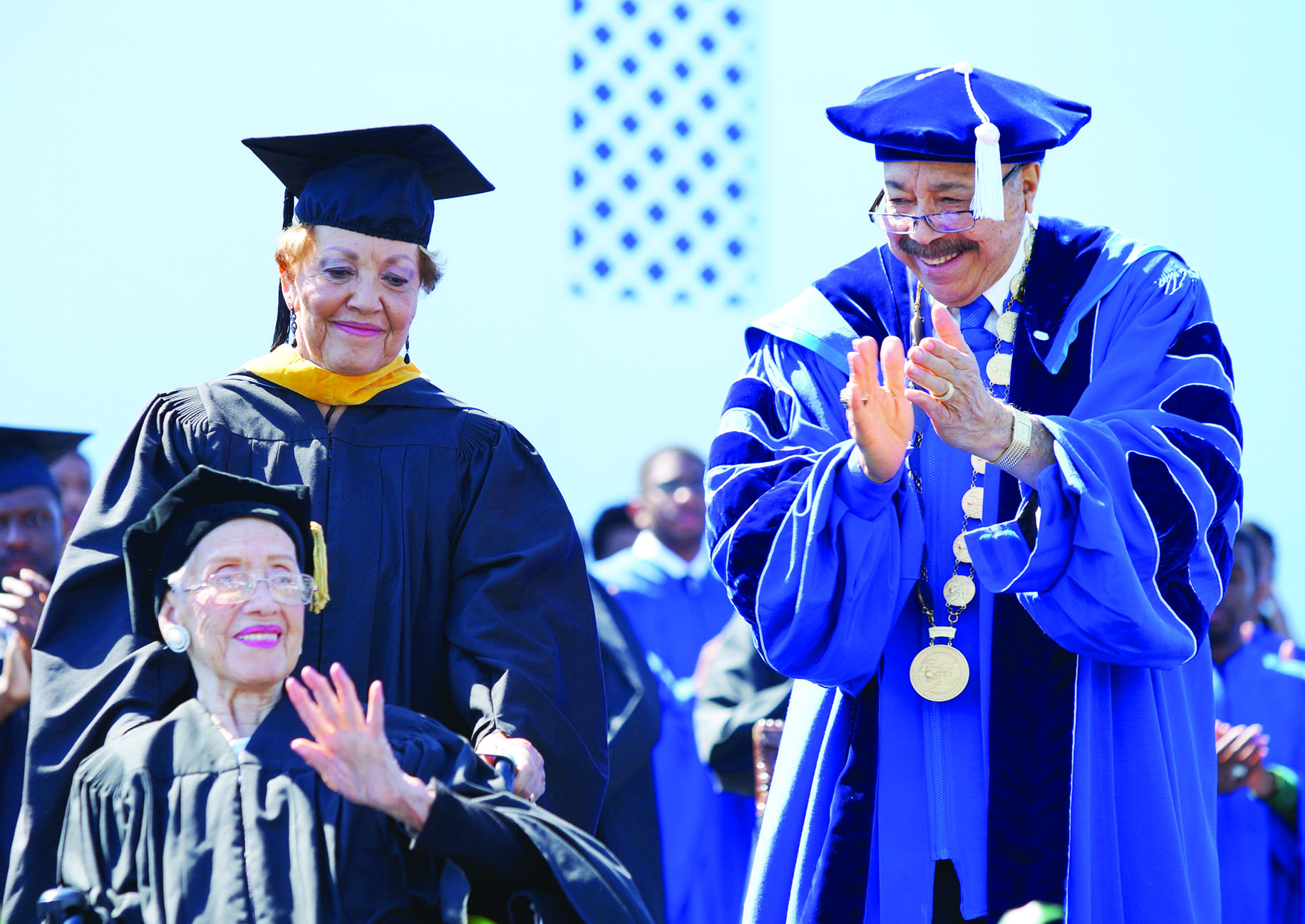 Hampton
Hampton University held its 147th annual Commencement exercises on Mothers’ Day morning (May 14) at Armstrong Stadium. The commencement speaker was Katherine Johnson, whose behind-the-scenes work with the NASA space program in the 1960’s was highlighted in the movie “Hidden Figures.”

Johnson computed the launch window for astronaut Alan Shepard’s 1961 Mercury mission. She was tasked with making calculations to propel space capsules into orbit around the moon and to send landing units to and from the lunar surface. In 1962, she verified the computer calculations for John Glen’s orbit around the Earth. She also calculated the trajectory for the 1969 Apollo flight to the moon. HU President William R. Harvey conferred upon Johnson the Doctor of Science degree. Due to her advanced age, 98, Johnson’s remarks were video-taped for the audience. She urged the graduates to take advantage of their opportunities and to develop a love for learning. Johnson has three daughters who are HU graduates.