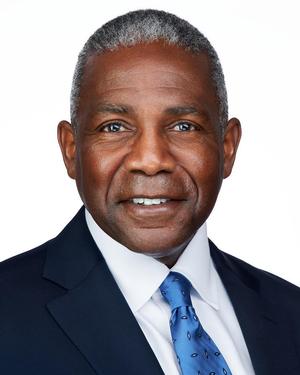 HAMPTON
At New Journal and Guide press deadline on Tuesday, the announcement of the successor of Dr. William R. Harvey as the next president of Hampton University appeared imminent. Dr. Harvey, who announced his retirement several months ago, is one of the longest serving higher education presidents in the United States.

That announcement has been made as the university introduced 61-year-old Lt. Gen. Darrell K. Williams (Retired, US Army) as HU’s next president.

Williams is an HU alumnus of the class of 1983 and served as the HU commencement speaker in 2019. His last military assignment was as a general officer in the United States Army directing the Defense Logistics Agency until his retirement in July 8, 2020. Most recently he was in charge of Leidos Holdings Inc.’s contract to run the British Ministry of Defence’s Logistics Commodities & Services Transformation (LCST) Programme.

During Harvey’s more than four decades tenure, the student enrollment at Hampton University increased from approximately 2,700 students to a high of over 6,300. The university’s endowment has grown 1003% from $29 million to $320 million and growing Moreover, the average SAT score of entering freshmen increased approximately 300 points, positioning Hampton students as finalists and recipients of prestigious international awards.

In addition to the introduction of 92 new programs under his leadership, HU built the first proton therapy cancer treatment center in the Commonwealth of Virginia — an unparalleled hub for cancer treatment, research and technology. Also, Hampton University is the first and only HBCU to have 100% control of a NASA mission and Hampton has four satellites / instruments currently in orbit.