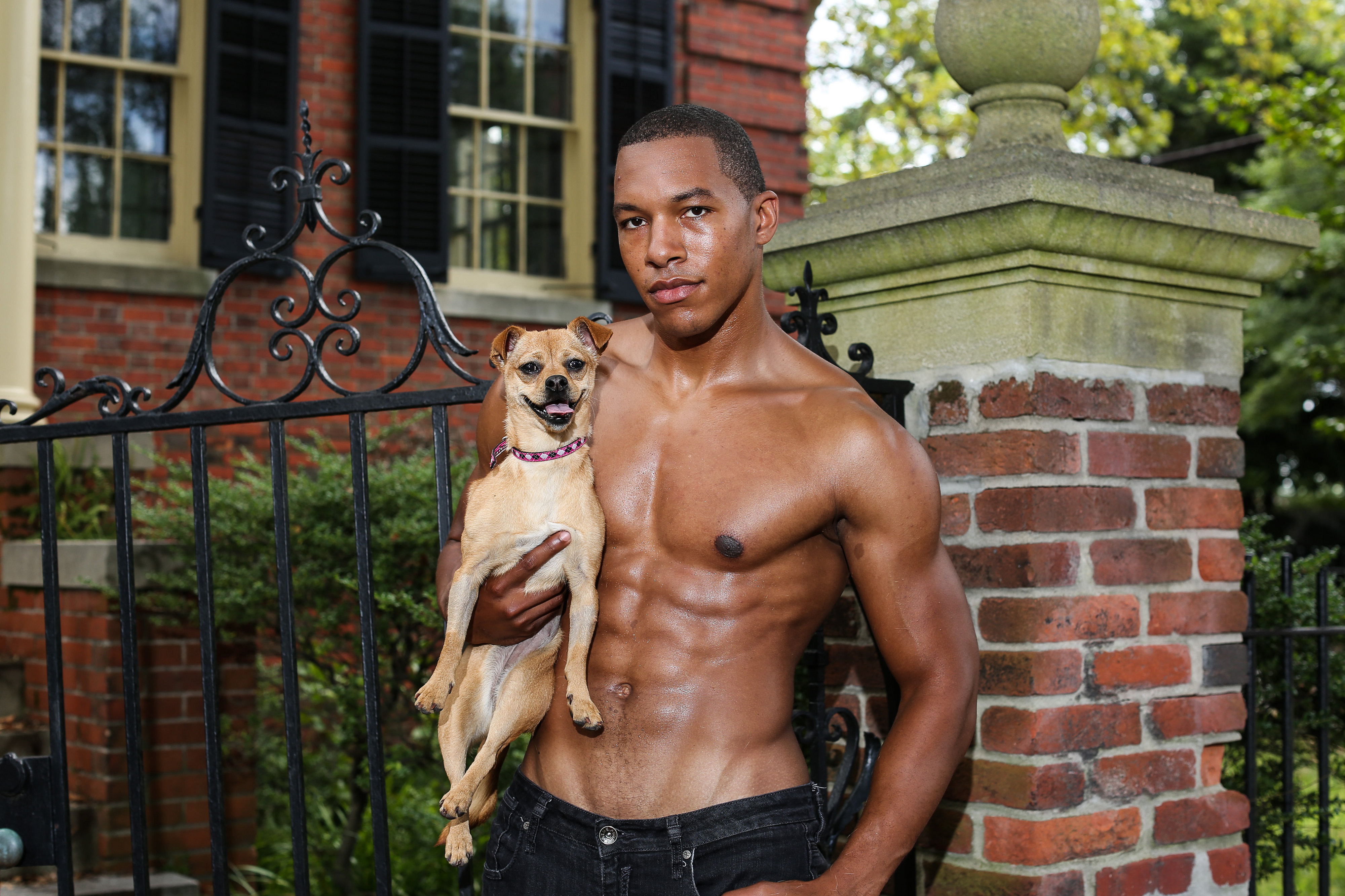 The Norfolk Society for the Prevention of Cruelty to Animals is once again asking hunks in the metro area to compete for spaces in its special Magic Mutt calendar. For 2018, thirteen men will be selected for the honor—one for each month and one special choice for the cover. Each will pose with an animal who is up for adoption at the time of the photographic sessions this summer. Winners will appear at a Debut Party on Saturday, October 7 at Granby Theater with live music, dancing, both silent and live auctions, as well as the calendar launch. All animal-loving individuals in Hampton Roads are invited to join in the fun.

Last year for the 2017 calendar, more than 100 applicants were received and 15 men were ultimately selected for the coveted spots. The Debut Party was also a huge success drawing nearly 200 attendees last fall with standing room only for those ladies wanting the models to sign their calendars.

Proceeds of calendar and event ticket sales will support the Norfolk SPCA’s animal care programs that save and improve the lives of thousands of dogs and cats every year. In 2016, the Norfolk SPCA completed just shy of 1,000 adoptions from its shelter for homeless animals. Also last year, the Norfolk SPCA’s walk-in veterinary clinic saw more than 10,000 animals.

“We are thrilled to be able to offer this opportunity to the Hampton Roads community,” Norfolk SPCA Development Director Jill Arnone said. “Folks who participate in this effort will be allowing us to raise much-needed funds to provide care for so many cats and dogs in need,” she explained.

Men interested in this opportunity to pose and help homeless pets at the same time must submit an application by Sunday, April 30 and attend auditions on Sunday, May 21, 2017. The application and all other information is available at NorfolkSPCA.org: http://norfolkspca.com/event/call-for- 2018-magic-mutt-calendar-models/.

The Norfolk SPCA relies upon private donations to run its programs and is not a local chapter of the American SPCA in New York City.