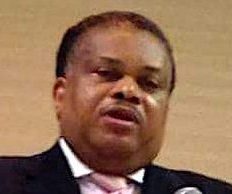 For 20 years, Carlos A. Howard said he ran one of the most successful funeral service businesses in Hampton Roads in the Park Place Section of Norfolk. He was innovative, developing the first website to allow consumers to purchase funeral services online, a business model used by the burial and other industries today. Howard was highly regarded for his willingness to provide funeral services at lower prices. He said he would charge $1,000 for a service his competitors would charge five times as much.

His charity was highly respected by the poor and working class residents of Park Place and other parts of Tidewater, who often had no burial insurance and could not acquire affordable and adequate funeral services for loved ones. Howard is African-American, but his business model caught the attention of even poor and moderate income Whites who could not afford the increasing cost of a funeral for a family member.

At one point, Howard said that his monthly income was close to $100,000 gross, despite the reduced prices he charged. Over time, Howard’s enterprising ways became a source of praise, a good income and envy from rivals, he said. Although they all use the internet now, Howard said when they didn’t, they complained about his online sales strategy, which his rivals said, placed them at a disadvantage.

He said his competitors complained he was undercutting them in the market by charging such low prices for his services. Howard said he was the target of a number of efforts by his competitors to get state officials put him out of business. He managed to survive each attempt until, he said, rivals directed the attention of state regulators to three damning claims against him, which have destroyed his business and ability to make a living.

In July of 201l a young Black man, Khalife Thorpe was shot to death by a friend in Newport News due to a dispute. After the autopsy, his aunt recommended that his remains be sent to Howard’s Funeral Home to be readied for burial. Howard said the internal organs of the body, due to an extensive autopsy by the Medical Examiner, had been removed and placed in a leakproof bag, boxed, and labeled in a red bio-hazard plastic bag with the deceased name and content’s marked “viscera.”

Howard said a week later, two funeral workers from the Nix and Nix Funeral Home in Philadelphia arrived to claim the man’s body, unexpectedly late in the afternoon after his mother had made arrangements with a signed contract for a complete funeral with a viewing and cremation to follow. Howard recalled he could not release the body because the two did not possess documents authorizing they could take control of the body or transfer it.

Howard said the two men from Philadelphia had to wait until the next day until he could receive the proper documents from Health Department officials in Newport News before that could happen, as well as an authorization of release signed by the mother. Representatives from Nix and Nix Funeral Home said that when they arrived to pick up Thorpe’s body, it was wrapped in two sheets subject to spillage in the garage of Howard’s Funeral service facility which is the common area to receiving and discharging remains.

Howard disputes that claim. He said that his embalmer had done a good job in preparing the remains in accordance with state laws and that there were no organs in the body which could have leaked any dangerous fluids. Howard said the board accepted Nix and Nix’s claim over his dispute. In other charges involving Howard, he allegedly mishandled the pre-need funeral accounts of two elderly clients who lived in retirement facilities.

The State Board of Funeral Directors and Embalmers which regulates the burial industry and other medical related fields, said he did provide pre-need services, Howard said he did not.
He said he did provide “Social Security Spin Down” which allows the elderly to keep their Medicare and Medicaid benefits and save money for burial expenses, without being penalized for having income beyond the set limit allowed by placing the funds in Trust Certificates of Deposits.

Howard said the state inspected the accounts and found that the monies were protected in both cases. But he said experienced misunderstandings with clients’ family members who were assigned to handle their affairs over how that money was to be used. Howard said in October of 2011, the State Board of Funeral Directors and Embalmers inspected his business and found him administratively and operationally 100 percent in compliance with state law.

But on January 18, 2012 the same board, after a hearing, imposed a Summary Suspension of his license, which he has the right to appeal. He said the board may have violated his state and federal rights as a business owner because he did not have the opportunity to face his accusers and the right to due process under the law. “The Board became fact finder, prosecutor, judge, jury and executioner which caused irreparable harm both economically and physically that I have not been able to overcome,” said Howard.

This has taken a toll on him financially and physically, Howard said. He spent a good portion of 2015 in the hospital with various ailments related to stress and he has huge medical bills, but Howard said he is fighting back. He has filed a suit in the Norfolk Federal District Court against the state hoping to have the nine-member State Board of Funeral Directors and Embalmers reverse its ruling.

To get his license back the Board said he must comply with several terms, including paying a $12,500 fine. But his inability to practice his craft has left him without any financial resources to do so. “This has destroyed my life,” he continued. “My civil and professional rights have been taken away from me because I have been barred from making a living and that is against my right to use my license. I am hoping that the federal courts will see fit to reverse the injustice.”

Although Chairman Lisa Hah, did not respond to calls about the Howard case from the Guide, the Board of Embalmers and Funeral Directors’ Public Affairs spokesperson did. She did not respond to questions about Howard’s suit to have the judgment reversed or his assertions about the board’s decision to impose sanctions against him. She did provide the Bill of Complaint against Howard and the board’s findings and other general information related to the board’s responsibility in monitoring the activities of people involved in the business.