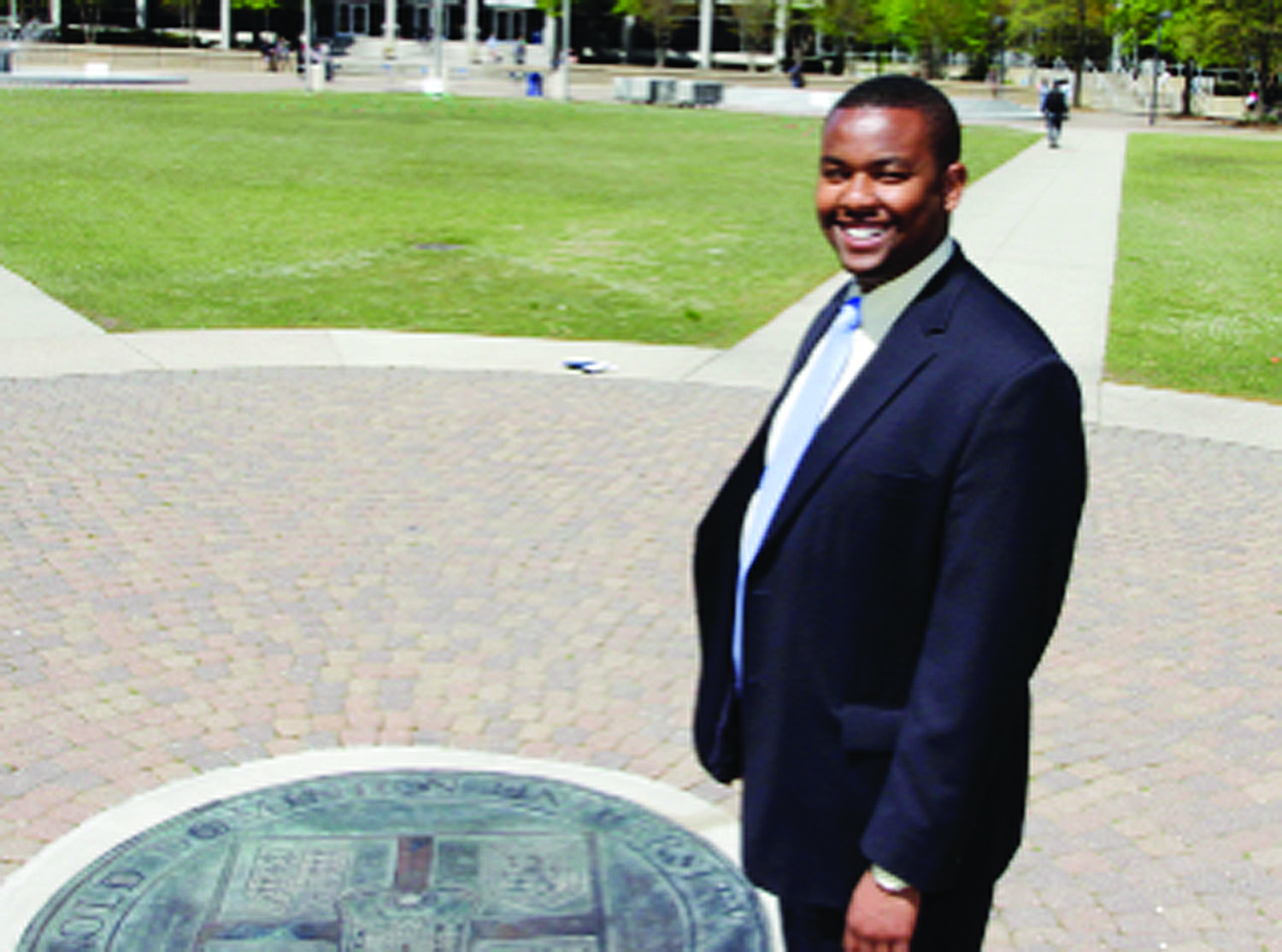 It’s fair to say that Christopher Ndiritu, two-term Student Government Association president, who graduated May 7 with a degree in public health, has made the most of his time at Old Dominion University. Born in Kenya, Ndiritu lived his first eight years in its capital, Nairobi. His father decided that the family would move to the United States and made trips back and forth from Africa to America to find the ideal location for the family.

Speaking the East African languages of Swahili and Kikuyu, Ndiritu had just started learning English when the family moved to Richmond, Virginia. It was a challenge for Ndiritu and his older brother, Kennedy. (Younger brother Allan was born in Richmond in 2004.) But the family also recognized the tremendous gift the Ndiritu boys had been given to grow up in America.
Ndiritu has sought every way to get involved and make a difference, because many of his childhood friends have not had the same opportunities.

“I am a Kenyan at heart. I am who I am right now because of where I’m from,” he said. “At the same time, I 100 percent recognize that I have opportunities now that I would not have had there. It makes me appreciate them more, and gives me humility and a big heart.” As a first-generation college student, Ndiritu has felt pressure to succeed in the classroom. But it was his decision to get involved outside the classroom that made the biggest difference for him. “I almost wanted to give up my first semester here. I had my lowest GPA of any semester.”

Ndiritu had previously struck up a friendship with Kevin Muchiri, then the student representative on the Old Dominion University Board of Visitors. Muchiri encouraged him to get involved in SGA, and once Ndiritu’s appetite for student activism had been whetted, it became his passion. For his presidential campaign, Ndiritu launched the Monarchs Rising Up movement with former SGA vice president Carina Wicker, a peer-to-peer advocacy campaign against sexual assault and harassment. Organizers created a video featuring student leaders imploring fellow Monarchs to create a culture of tolerance, respect and safety.

“I think it’s important for everyone to speak about these issues. The message resonates powerfully when it’s men and women speaking with one voice to stand up against sexual assault,” Ndiritu said. For his advocacy efforts, Ndiritu received Old Dominion University’s Kaufman Award, the highest honor given to a graduating student, during the Old Dominion Student Honors and Awards dinner May 5. Ndiritu named Don Stansberry, dean of students, as his most inspirational faculty member.

“Dr. Stansberry has come to be my greatest friend, mentor and a father-like figure at ODU,” Ndiritu said. “In any position I have acquired at the university, I have been blessed to be able to learn and grow, through Dr. Stansberry. He has also been able to support me in numerous ways, whether it be pertaining to my academics, professional development or life.”
Many student leaders go on to careers in elected politics, including a famous one who also shares Kenyan roots.

After eye-opening visits to lobby the General Assembly on behalf of Virginia students, Ndiritu decided that isn’t for him. “I thought to myself after seeing the lobbying that this is not what I want to do, ever.” This summer, Ndiritu will move to Knoxville to pursue a master’s degree from the University of Tennessee in college student personnel, also serving as an assistant hall director for university housing. He wants to be a university president one day, and would like to run a campus as diverse and open as Old Dominion University.
“The faculty and staff here are remarkable,” Ndiritu said. “I have such a close connection with (President John R.) Broderick. I can email him at 11 p.m. and get a response by 11:05.”