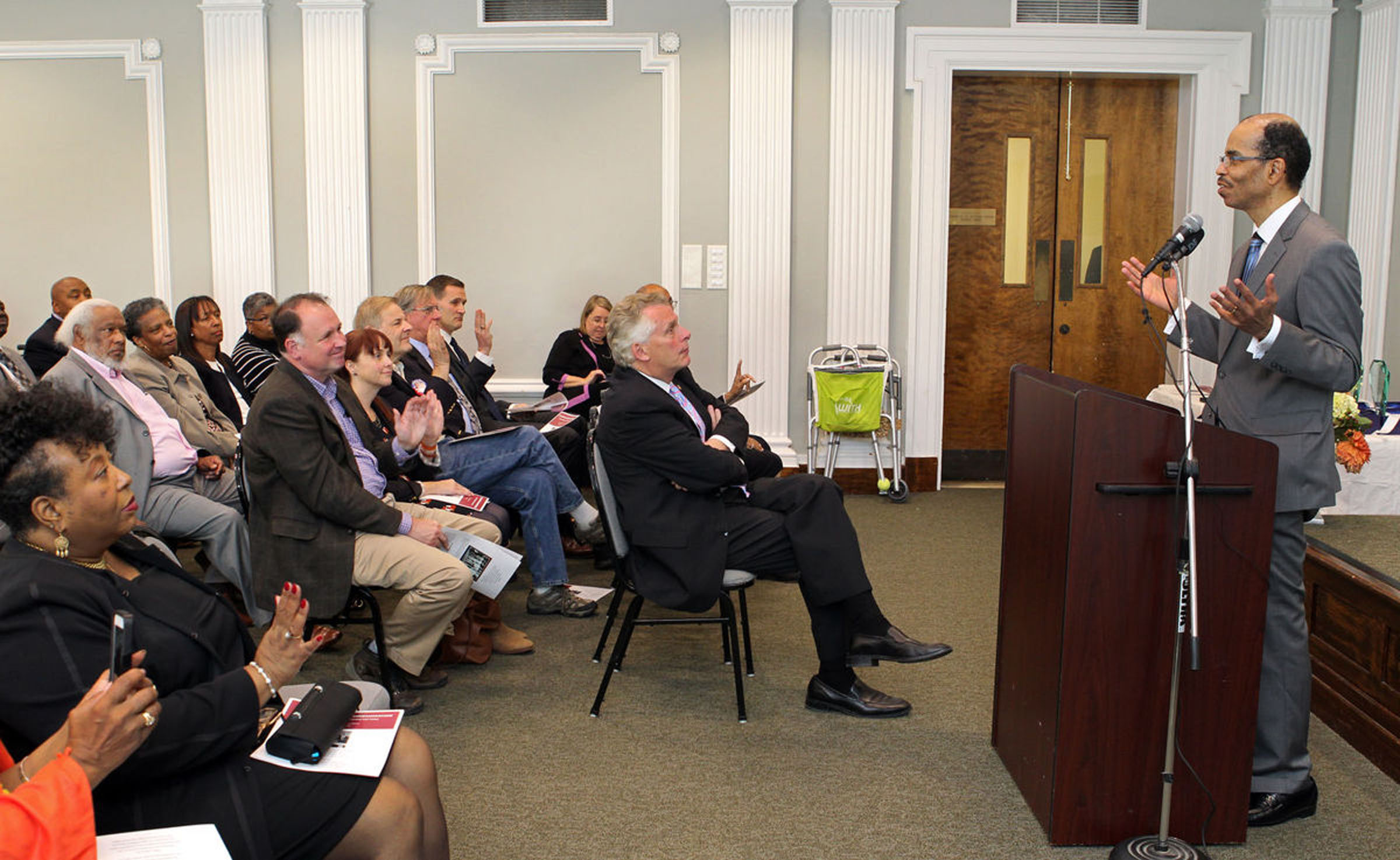 CHARLOTTESVILE, VA
The Albemarle-Charlottesville NAACP recently awarded its annual civil rights award to Gov. Terry McAuliffe on Oct. 23. The Swanson Courage Award for Civil Rights is named for attorney Gregory Hayes Swanson, who sued the University of Virginia after he was denied entrance to the law school in 1950. Evans Hopkins, nephew of Swanson and chairman of the Swanson Legacy Committee, which held the event, said McAuliffe was honored in part because of his work to restore voting rights to felons, according to The Daily Progress.

“Because the struggle goes on, it’s never over with,” Hopkins said at the recent ceremony which was held in the former federal courtroom, which is now a library, where history was made in 1950. “He issued that executive order, and what happened?” Hopkins said. “He was attacked for it; he was taken to court for it. And what did he do? He did not give up.” In July, the Supreme Court of Virginia ruled that McAuliffe’s blanket restoration of rights to 206,000 felons was unconstitutional. McAuliffe will have to restore rights individually.

“As of today, I’ve done 85,719,” McAuliffe said. “I’ll have all 200,000 done by the end of the year, and it’s exciting. I can tell you the stories, after stories, after stories. It is the right thing to do. People deserve second chances.” The committee also honored longtime civil rights activist and former local NAACP President Eugene Williams and his wife, Lorraine Williams, who both fought to end Massive Resistance and the closure of Charlottesville schools in 1958. Del. Jennifer L. McClellan, D-Richmond, and state Sen. A. Donald McEachin, D-Henrico, both U.Va. graduates, also received the Swanson Courage Award. McClellan read from the House joint resolution commemorating the legacy of Swanson.