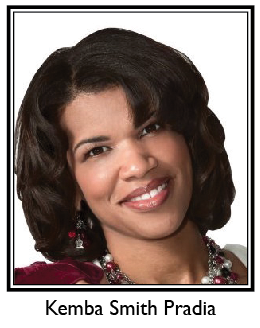 Gov. Ralph Northam recently appointed Kemba Smith-Pradia to the Virginia Parole Board.
Smith, who served more than six years of a lengthy federal prison sentence before being pardoned in 2000 by President Bill Clinton, has been an advocate for sentencing reform for over 20 years. Prior to her appointment, she held the position of State Advocacy Campaigns Director with the ACLU of Virginia.
Pradia was sentenced in 1994 to 24 1/2 years in prison but had no prior criminal record before she met her boyfriend in 1989 as a sophomore at Hampton University. He was eight years older. She did not know that he was the leader of a $4 million crack cocaine ring and one of the FBI’s 15 most wanted.
Hall was found murdered, Kemba was held accountable for the total amount of drugs cited in his drug conspiracy charge. In 2012, her voting rights were restored.
After her release, she graduated from college, attended law school, married, raised her son who was born while she was incarcerated, and gave birth to a daughter. She also established the Kemba Smith Foundation that provides services to children of incarcerated parents.
In a CNN interview in December 22, 2010 she said, “The sentencing law that I was convicted under came under intense scrutiny … President Barack Obama signed the Fair Sentencing Act to limit the harsh mandatory minimum sentences associated with low-level crack cocaine offenses. Progress has been made.”