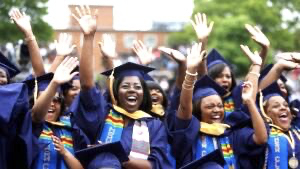 Soon you will be able to download thousands of old photos that were snapped at Historically Black Colleges and Universities, because Getty Images, which is worth around $3 billion, recently awarded four grants totalling $50,000 each to four HBCUs.

Getty will digitize archives at Claflin University, Jackson State, North Carolina Central University and Prairie View A&M University. Some of the photos are already available in “The Historically Black Colleges & Universities Collection.” But pay attention to the small print. The photos range from small to large and have a price tag that can total hundreds of dollars for one specific image.

“Pulling a photo is one thing, but then it’s actually taking that photo, scanning it, cleaning it up and making it commercially viable for licensing,” Cassandra Illidge, vice president of partnerships at Getty Images said. “That’s where we work with the schools, but also we apply all that material based on the schools’ recommendations.”

Each HBCU will retain all copyrights for their photographs. All revenue generated from the images will be directed back into impact programs at the institutions. Grant recipients will receive 50 percent of the revenue, while 30 percent will be used as financial donations to scholarship funds at the HBCUs, and the remaining 20 percent will be reinvested to fund the Getty Images Photo Archive Grants for HBCUs each year that follows.

Getty will also fund apprenticeships through a partnership with post-production agency Adnet Global, which specializes in the digitization, restoration and discoverability of visual analog historic libraries.