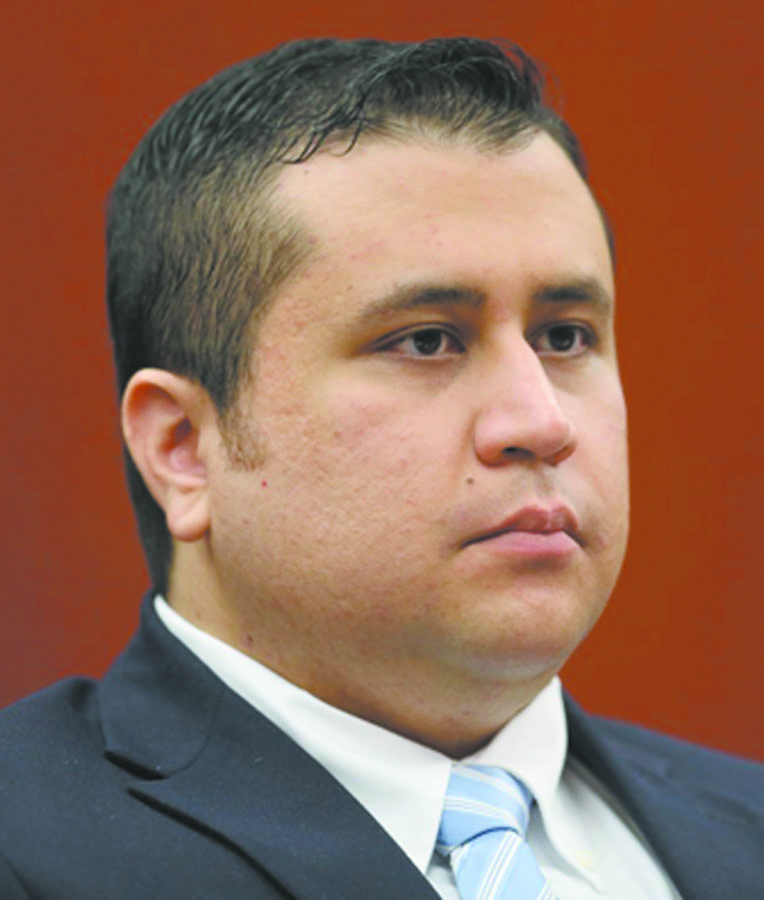 When Trayvon Martin was shot to death by self-imposed security guard George Zimmerman in 2012, he used the state’s “stand your ground” defense.

Zimmerman said he feared for his life during the confrontation with the unarmed 18-year-old Black man who was walking through a mostly White community in Sanford, Florida.

Zimmerman said he had a “reasonable level of fear” that he would lose his life during a struggle with Martin, who had a bottle of iced tea and a bag of Skittles in his possession.
Zimmerman was found not guilty.

Marissa Alexander, an African-American woman, was prosecuted for aggravated assault with a lethal weapon and received a mandatory minimum sentence of 20 years in prison. Alexander said she fired a warning shot after her husband attacked and threatened to kill her when she tried to retrieve personal effects from a home the couple shared, on August 1, 2010, in Jacksonville, Florida.

She served three years in jail because the state of Florida did not allow her to apply the “stand your ground” defense. She was deemed as an angry and determined woman seeking to inflict harm.

In recent years, hundreds of African-American men and women have been shot, some fatally, by White and Black police officers who claimed “reasonable fear” for their lives during violent and non-violent confrontations with their victims.

These two cases are examples of how the “Stand Your Ground” doctrine of self-defense is selectively applied in the 33 states which have them on their books, including Florida, which passed the first law allowing the use of a gun outside the home if you have reasonable fear of being harmed.

Dr. Caroline Light takes a look at the deadly disparities in how the nation applies this defense in “Stand Your Ground: A History of America’s Love Affair with Lethal Self-Defense”.
Light is the Director of Undergraduate Studies in the Program of Women, Gender and Sexuality Studies at Harvard.

Light said she began exploring the history of the ‘Stand Your Ground” doctrine after the death of Trayvon Martin.

“It seems that a box of Skittles is terrifying to White males,” said Light. “Zimmerman was told not to pursue Martin several times by a police dispatcher, but he persisted because felt that Martin as a Black man did not belong in that White community. I got hundreds of hate mail from White men who said that Martin was bashing Zimmerman’s head against the sidewalk. The only witness to that incident is dead now.”

Zimmerman is not White but Hispanic; but, at the time of the incident with Martin, “he was granted provincial (White) racial privilege and was armed protecting White property. And he had the ‘right’ to perceive Martin as a threat,” said Light.

The Stand Your Ground doctrine did not start in 2005 when Florida passed the first such law, according to Light. It dates back to the pre-colonial period.

According to Light, under English common law, you had the duty to retreat if you were attacked outside of your home. In the public, you were not allowed to use force to defend yourself, until you tried to flee.

However, under the concept, you had the right to protect yourself by meeting force with force inside your home.

Starting in Colonial America, the castle defense doctrine to protect life and property was selectively applied as a form of White male privilege.

“Black slaves, native Americans, women of any race and income, could not apply force to protect themselves, and the only option they had was surrender or retreat,” said Light. “The only exception was a White woman threatened by rape by a stranger.”

“Racial Bias in Judgments of Physical Size and Formidability: From Size to Threat,” recently appeared in the Journal of Personality and Social Psychology. It concluded that “people have a bias to perceive young Black men as bigger (taller, heavier, more muscular) and more physically threatening (stronger, more capable of harm) than young White men.”

“We have more guns than people in this country and that is linked to racialized gender and fear,” Light said. “People are not just buying guns to protect their homes and themselves. Crime is low in this country, but racial fear is at an all-time high.”