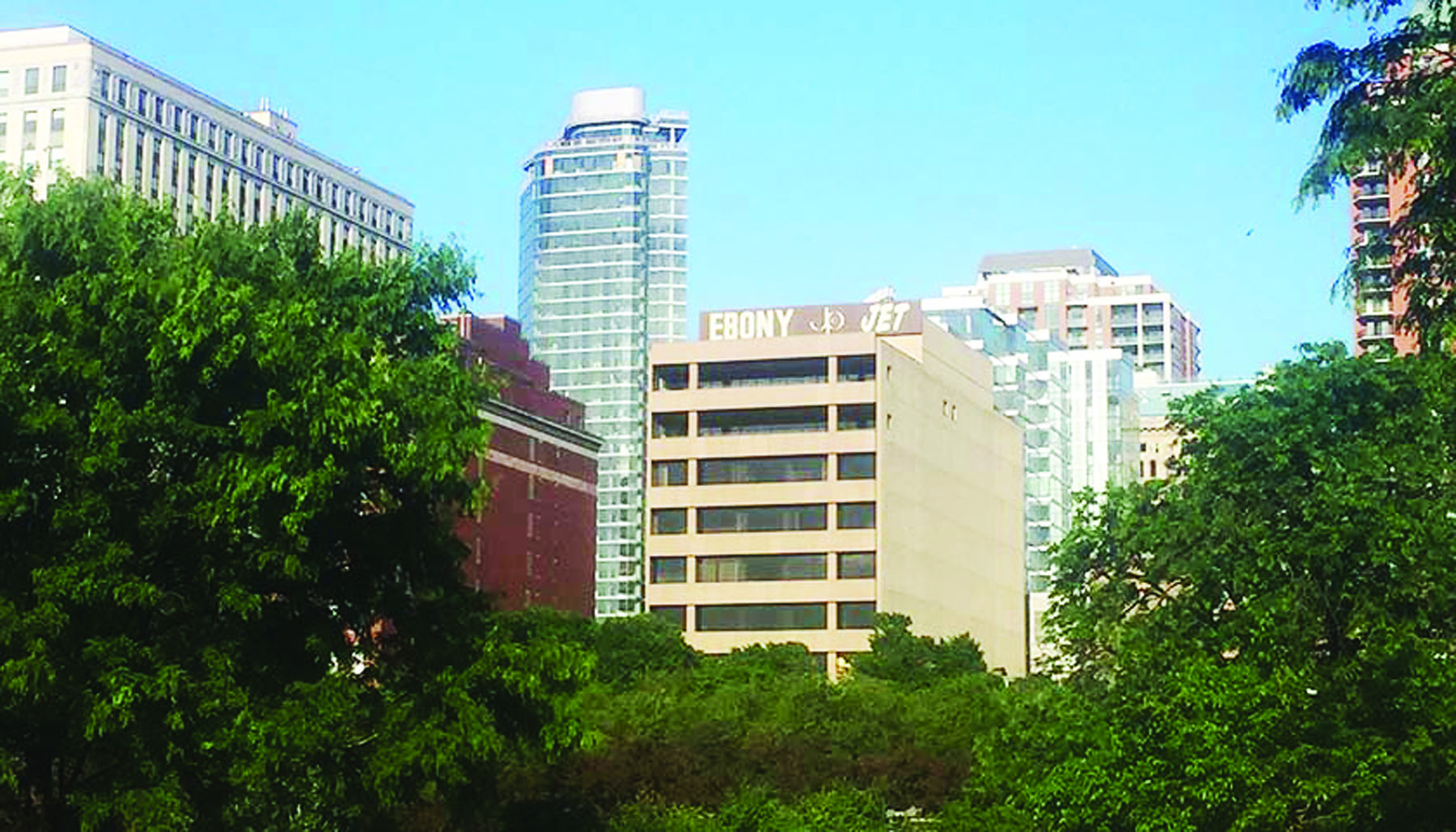 Downtown Chicago is set to explode with construction. In the next several years, the city that gave birth to the skyscraper will have a new look. A new generation of glitzy skyscrapers will sprout up all over the city, dramatically altering its famous skyline with bold new designs and soaring to greater heights.

The most fertile ground for the newest crop of high-rises is on South Michigan Ave., where, in the last several years, powerful developers have been harvesting plans to capitalize on one of the wealthiest residential districts in the city.

Sitting amidst these dreams is a small, but well-known 11-story building that’s been vacant for nearly seven years. Known to many visitors around the country as the “EBONY/Jet building,” for decades, it was the corporate headquarters of the Johnson Publishing Company. In its glory days, it was the engine behind EBONY and Jet magazines that sat on millions of coffee tables in the homes of Black America. Once a proud symbol of achievement, the once Black-owned building still stands on one of the most prominent streets in America. It’s now empty and perhaps the most vulnerable building to hungry developers.

In several years, the EBONY/Jet building will be wedged between two fresh skyscrapers. To the north of it will be the 620-foot “Essex on the Park” skyscraper, which officially broke ground on Jan. 19. When completed, the skyscraper overlooking Grant Park and Lake Michigan will have 479 luxury rental apartments. The deal also includes rehabbing and expanding the neighboring Essex Inn Hotel to 271 guest rooms.

As the city experiences a boom in new skyscrapers, the house that EBONY/Jet founder John H. Johnson built remains a decaying relic that’s up for sale as hungry developers push the limits of their projects into unchartered waters.

For the EBONY/Jet building, an edifice whose history and important contributions to Black America has inspired generations for decades, the warning signs are there.

On Feb. 2, Mayor Rahm Emanuel announced that the building would be considered for preliminary landmark status by the Commission on Chicago Landmarks – a nine-member group that has granted similar status over the years to over 370 historic sites in Chicago, including the homes of writers Gwendolyn Brooks, Lorraine Hansberry and Richard Wright. The group’s latest move capped a month of researching and writing a preliminary report about the history of the EBONY/Jet building.

If the EBONY/Jet building becomes a Chicago landmark, developers cannot demolish the structure. However, developers can remove the Ebony Jet sign that sits on top of the building since it’s not considered a feature of historic significance, a historic preservation staff member told the “Chicago Crusader.” Also, the interior of the EBONY/Jet building is not part of the designation because the art and furnishings were moved to Johnson Publication’s current home at 200 South Michigan where the company rents a floor. Developers can gut the interior and use the building for a different purpose.

The new owner of the EBONY/Jet building could receive tax credits that could help pay for construction costs that were spent on converting the building to a new purpose.

In 2016, the storied original “Chicago Defender” building at 3435 Indiana Ave., was restored 28 years after it was designated a Chicago landmark. However, the building in the city’s historic Bronzeville neighborhood remains empty. The Defender is now located on the city’s prominent Martin Luther King Drive.

Without a buyer, the EBONY/Jet building could sit vacant for a long time as time and neglect takes its toll on the structure. Too small of an office building by today’s standards, the building will face heavy competition from the handful of residential skyscrapers that will be built just blocks away.