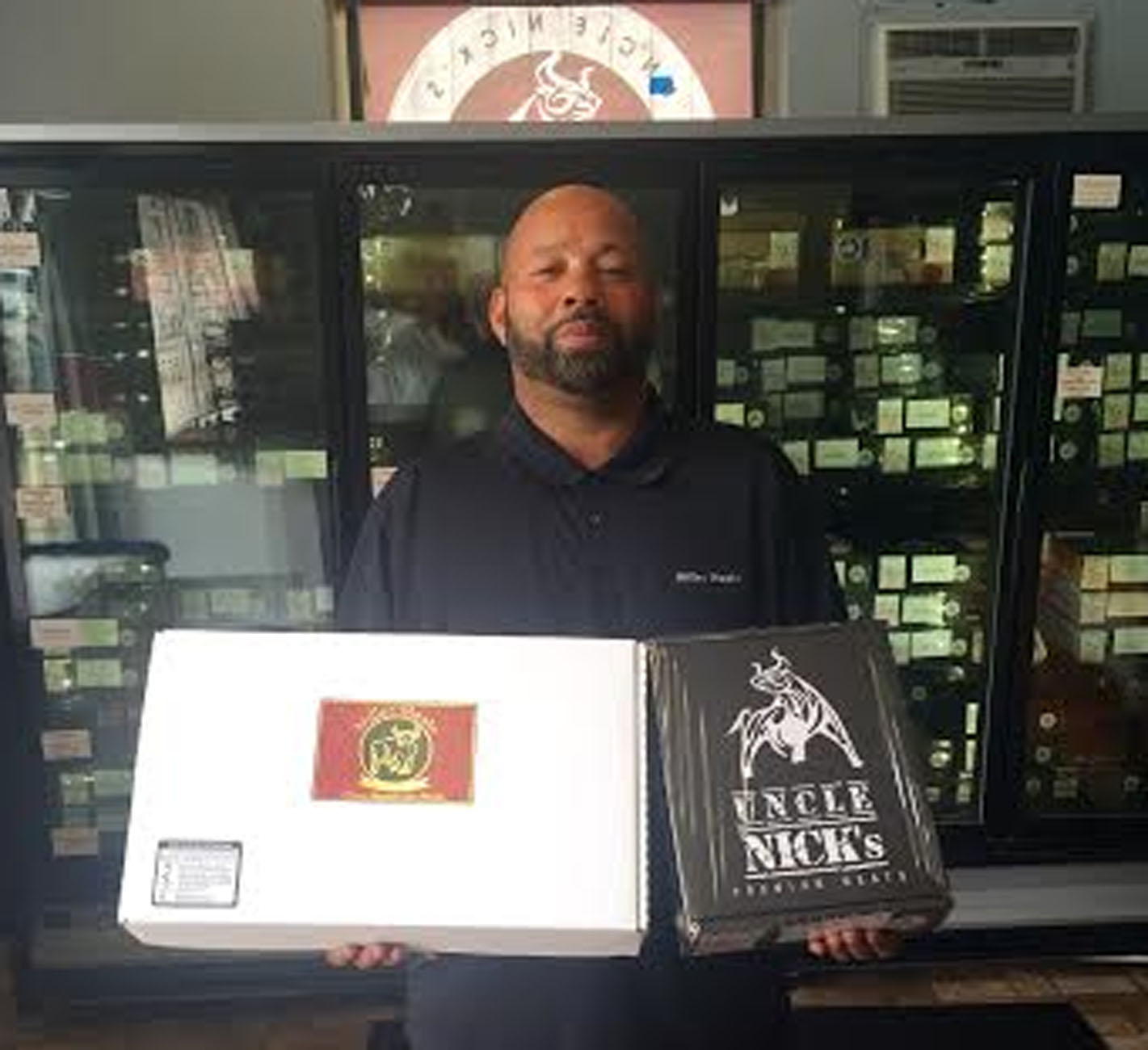 Yes, he had a mentor, which the Small Business Administration said increases a small businesses’ success rate by 70 percent. Yes, he knows how to dialogue with his customers, which experts say is key. Third, he is a seasoned decision maker. Fourth, he has strong leadership skills. Fifth, his business model has proven revenue streams. “I always thought I was going to own something,” said Washington who was about 19 when he began working at Miller Meats in 1990 as a hamburger-grinding assistant earning $4.25 an hour.

While he did not know that he would someday own the company which Darrell Miller originally launched in 1976 and sold to Saville Foods in 1994, Washington knew he wanted to “make some money” after he finished Bethel High School in 1989. “I wanted to line myself up where I could take advantage of the opportunity (to own something someday),” he said. To Washington, job hopping did not make too much sense. “A lot of older people worked there when I came in looking for a job,” he said. “Some told me, ‘I came looking for a job and I’ll go looking a job.’ To me, they were saying they were not serious about working there. But I wanted to plant my feet on the ground and make this work.”

And, this where those five success-getting strategies for new business owners come in. According to Bloomberg, eight out of 10 entrepreneurs who start businesses fail within the first 18 months. A whopping 80 percent crash and burn but it seems unlikely, since Washington learned about decisiveness, hard work, and creating multiple revenue streams at his father’s knee.

Born in England, in a military family, as the youngest of six children, Washington said he saw his father, Jimmie Washington, a Master Sgt. in the U.S. Air Force work two jobs before he retired in 1978 and passed in 2006. “About two months after I was born we left England, for Kansas City, and Langley Air Force Base,” Washington said. “We lived in base housing in Hampton. I was 8 when he retired. My father, while he was in the Air Force worked a second job. What made it work is that we had a stay-at-home mom. She was born in England, so my father met her there and married her there.”

Washington continued, “What is really interesting is the fact that in 1955 when they were trying to marry it was illegal for them to marry in the state of Virginia. You couldn’t marry a different race. By the time we got back to Virginia the (landmark 1967 Loving v. Virginia) case was settled. They raised us in Hampton beginning in 1978.” This means Washington’s future looks bright because, well, check the list again. In plain terms, success breeds success. Entrepreneurs with previous successes can get their hands on more capital and services if suppliers think they are persistent performers.

Plus, Washington has had many mentors including his parents. Another mentor is Betty Foster, the president of the company for 14 years, who is working with Washington as a consultant on the company’s bids “I think he has a great vision,” Foster, 60, of York County, said, in a March 12, 2016 Daily Press interview. “It will thrive. Nick has a lot of gumption.”
Foster, who was majority owner of Miller Meats until Miller bought her out in November 2014, said the goal was always for Washington to own the business one day. She views him like a son.

“Nick was like my right hand. I couldn’t have run the business without Nick,” Foster continued. “Nick stepped up to the plate. That’s why Nick is where he’s at today.”
Pointing to the traction a mentor can provide to a new business owner, Inc. magazine noted, “A good mentor can help you find investors, clients, co-founders, or contractors who provide a valuable service.”

As Washington manages Miller Meats, a wholesale business that sells meat, seafood, and chicken at affordable prices at the retail level, he is also looking toward the future. So he launched Uncle Nick’s, a retail site a few years ago. Recently, he bought a specialty grill, went to a cookout, and cooked his product for the customer. “When I worked for the business I was taking care of it as if it was my own business,” Washington said. “I took care of it like it belonged to me because I believed it would.”

Miller Meats has 19 full and part-time employees. “And we are very accessible,” said Samuel Hayes III, CEO of Stratageum, a company that handles marketing for Miller Meats. “The minute you cross the bridge, take the 35th Street exit off of 664, and we’re between Warwick and Huntington Boulevards. Look to your right and you’ll see the store.” While hundreds of entrepreneurs are still trying to connect the dots, Washington has already done so. “I felt relief, I felt joy,” he said, describing his feelings after the company changed hands for an undisclosed sum in October.

Pointing to his faith, which few experts list as a success-getting strategy for new business owners, Washington said, “I believe you are not blessed until you can bless your children’s children. That is my mindset. I am good with where I am in life but I want to bless my children’s children and the people around me.” He and his wife, Leslie, a licensed practical nurse, have three children, Antinija, Maya, and Nicholas. He is a deacon and a minister in training at Gray’s Missionary Baptist Church, where they have worshipped since 1998. His wife is a deaconess and missionary.

“Faith is the basis, the foundation for what I do,” Washington said. “Without Him, I could not go anywhere. He leads me. This means when I hear negative counsel, out the door you go. I need positivity around me. When it says you can move mountains with faith, I believe it. You have to believe in yourself. You can’t let anyone dampen your brain. You can succeed, no matter how long it takes.”