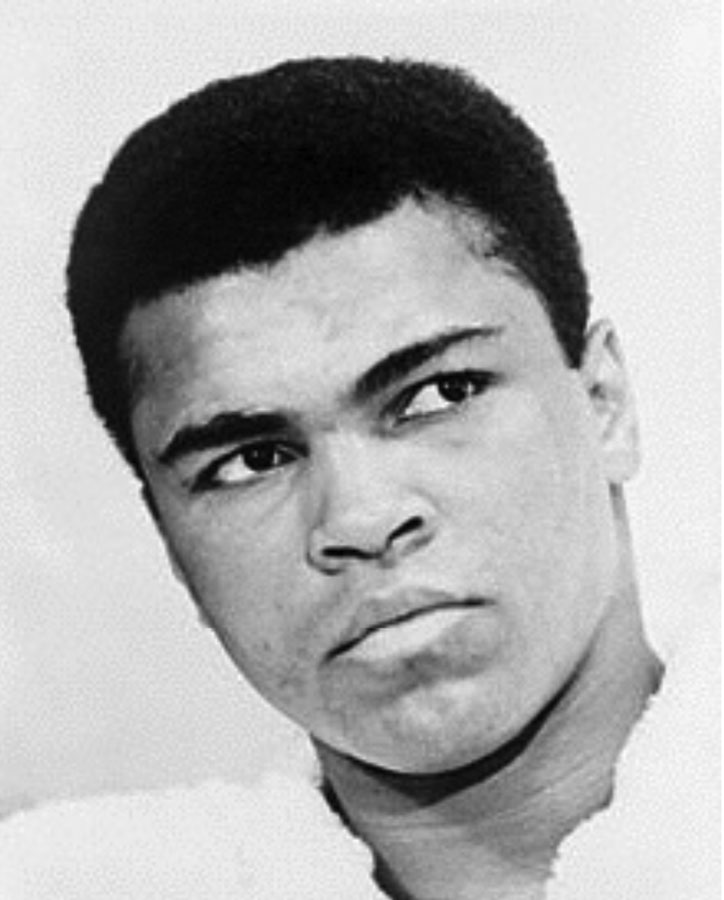 Last week, a former President, a U.S. Senator, entertainers, family, friends, and clergy leading various religious faiths said farewell to Muhammad Ali at his funeral fit for a head of state. The former world boxing champ and activist died earlier this month at age 75 of Parkinson’s disease. Among the people still recalling memories of their personal and special encounters with the “Greatest” is John Wesley Hill of Norfolk.

Hill, at that time, was one of a handful of African-Americans who had been recruited and hired by the Norfolk Police Department (NPD). There was only one Black female Mary Stauton, he said. According to Hill, Black officers at that time were relegated to serve and protect only people in the Black community. He had served in the U.S. Army as a Green Beret and also had worked as a military policeman.

Four months after being hired and trained in the fine art of urban law enforcement, Hill recalled that he was summoned to the Police Chief’s Office. He was told that Dr. Martin Luther King, Jr. would be coming to town and needed a security detail and escort in May of 1966. Dr. King would deliver the installation sermon for his friend Dr. Milton A. Reid, who has been hired as the Pastor of New Calvary Baptist Church in Norfolk.

Dr. Reid was also a leader of the state and local units of the Southern Christian Leadership Conference (SCLC), the civil rights group King founded in 1957. In May 1968, Hill again was summoned to the Chief’s office and was told he had another special assignment. “I was told that Muhammad Ali was coming to town and the police department was providing a security detail,” recalled Hill, who served with the NPD until 1970. “We were told to pick him up at the airport and escort him to various appearances at Booker T. Washington, NSU and other places.”

Four years earlier in Miami, Florida, Ali, an Olympic Boxing Champion, had defeated Champ Sonny Liston and taken the heavyweight title. The Vietnam War was ongoing at the time and Ali was rejected by the military draft initially because he tested poorly on its aptitude entrance exam. In early 1966, according to his bio, he was reclassified and Uncle Sam summoned him to serve. But he refused.

At the same time, Ali had joined the Nation of Islam (NOI) and had changed his name from Cassius M. Clay to Muhammad Ali. The NOI’s national leader, the Honorable Elijah Muhammad, was his mentor, and for a while, he and Malcolm X were close friends. Ali was beloved by the Black community for standing up against the establishment and supporters of the war and exuding Black male confidence.

He was hated by Whites, and some Blacks, especially fellow Black boxers, because some people believed he was an athlete who was ungrateful for the opportunities his skills provided.
Near the end of 1967, Ali was stripped of his title by the professional boxing commission and would not be allowed to fight professionally for more than three years. He was also convicted for refusing induction into the army and sentenced to five years in prison which he appealed and later won.

Hill remembered, “In 1968, he was still a very controversial person and city officials and Black leaders did not want anything to happen to him in Norfolk. Dr. King had been killed in April (one month earlier) in Memphis. I was assigned with another Black officer (James Christmas) to escort and protect Ali and we were excited. But we knew he had a big responsibility because Ali was such a well-known person.”

During his day-long visit in Norfolk, Hill recalled, Ali delivered a fiery speech to over 3,000 students and the public at Norfolk State and at several of the local public schools.”
He also conducted a series of boxing exhibitions. “He was very thoughtful, humble and down to earth, talkative and friendly,” said Hill. “Although he was not boxing, he was still famous. Despite the controversies about him, the people just loved him.

At the time, Hill carried a $2 bill around with him in his wallet. At one point during an exchange with Ali, Hill asked him to sign it and he was happy to do it.
Hill still has that bill in his possession. In 1970, Ali was allowed to fight again, and in late 1971, the Supreme Court reversed his conviction. In 1970, Ali was finally able to get a boxing license again. With the help of a State Senator, he was granted a license to box in Georgia because it was the only state in America without a boxing commission.

In October 1970, he returned to stop Jerry Quarry on a cut after three rounds. Shortly after the Quarry fight, the New York State Supreme Court ruled that Ali was unjustly denied a boxing license. Once again able to fight in New York, Ali fought Oscar Bonavena at Madison Square Garden in December 1970. After a tough 14 rounds, Ali won the fight in the 15th round. Almost a year later, he would lose to Joe Frazier in “The Fight of the Century” which did not end there.