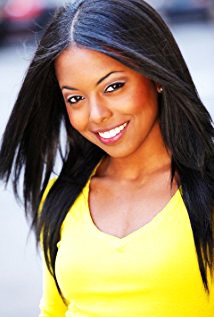 Adrienne Warren will burst onstage in London and portray Tina Tuner on April 17, 2018, but that debut occurs after she paid her dues early on in Hampton Roads.

This means when Warren steps onstage to play Tina Turner in the Aldwych Theatre in London this spring, her performance will come on the heels of a theatrical career that started at about age three in Portsmouth. Warren obviously did not have her sights set on the London stage when she began performing with Gail Harts Dance Company in Portsmouth, or took lessons at age six with the Hurrah Players. The truth of the matter is Warren focused on perfecting her craft while she performed in 1997 with Hugh Copeland, the artistic director of the Hurrah Players. The rest is history.

“Several people have mentioned that they might travel to London to see the show,” Warren said in a recent email. “Other responses I’ve received is ‘What an honor, to be working with the legendary Tina Turner.’

But the road from Hampton Roads to ‘Tina the Musical’ in London has been a long one. Warren’s triumphs are not coming out of the blue. Copeland cast Warren as Annie in Hampton Roads. And she made history as the first African American youngster to play this iconic role. Several publications took note of Warren’s performance, including Jet Magazine and The Virginian Pilot. In 2001, the Hurrah Players opened the Roper Theatre with “The Wiz” and Adrienne played Dorothy in the first production of the newly renovated Roper Theatre.

These days, Warren continues to practice her routines. She dances, sweats, grabs a towel, but focuses on her upcoming performance in London this spring. The past pushes her into the future, in other words.

In middle school, Warren was accepted into The Governor’s School for the Arts. She spent four years training under Chip Gallagher, department chair and Jeff Warner, choreographer. She performed in several productions including “Smokey Joe’s” in 2003 at the Roper Theatre, “Aidia” as Aidia in 2005 at the Well’s Theatre.

“So many more that I can’t really remember.,” she said of her accomplished past in Hampton Roads, in a recent email. In 2013 and 2014 Warren performed at Old Dominion University. She performed in 2015 in the fourth of July concert in Williamsburg.

When Warren is not rehearsing, she travels home to Hampton Roads to visit her friends and relatives. “I am a real family girl,” she said. “I love giving back to my school by doing master classes with the musical theatre students or talking back at the Hurrah Players.”

Recently Warren was overjoyed when she participated in the “Crazy for You” production produced by GSA. “The students were so excited to have me in the audience,” she said.

Still, Warren has a habit of looking at her future, not her past. Turning an eye toward her upcoming appearance in London, where she will perform in ‘Tina the Musical’ after she starts rehearsal in January. The preview will be held on March 21. She said is ready for the role.

To learn more about this local artist who is preparing to perform on the London stage, please watch the video: www.tinathemusical.com.