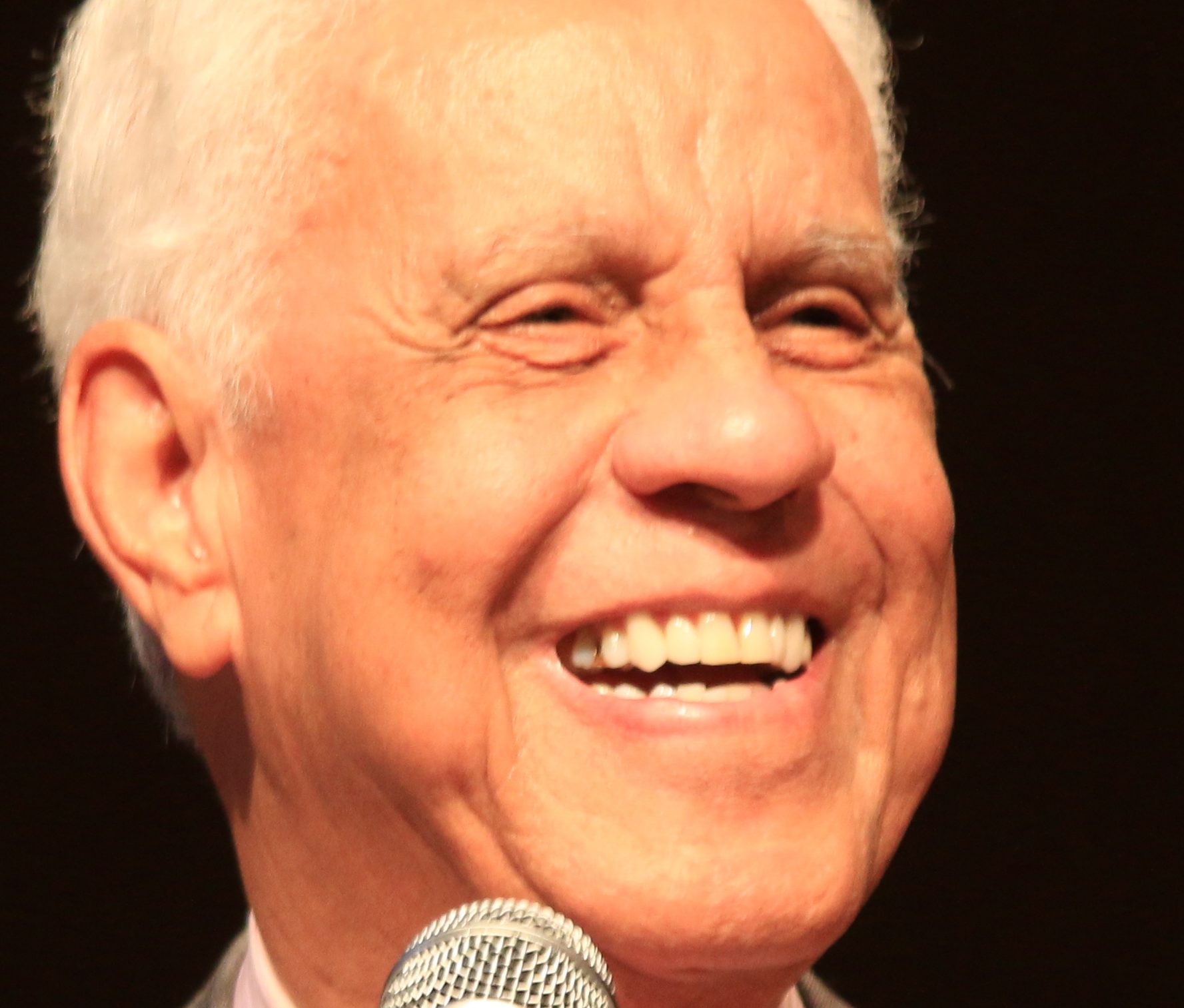 Over the span of L. Douglas Wilder’s life, Virginia has evolved from a bastion of Jim Crow, to the first state to elect him its first Black Governor in 1993 and helped elect the nation’s first Black President 25 years later. Wilder’s witness to his state’s political changes are revealed in his biography, “Son of Virginia” (Lyon Press, 2015) and he shared some of it on April 15 as this year’s Guest Speaker at the 2016 Joseph N. Green, Jr. Lecture Series.

Wilder, who heads a Political Science Institute at VCU in Richmond, was the sixth guest speaker at the event at the historic Attucks Theater near downtown Norfolk.
Wilder said the history of politics in Virginia provides the model for the early political structure of the nation. “I am a son of Virginia,” he said. “I am all that Virginia is … the good, the bad and the ugly. I was born here, lived here all my life. Virginia has been part of everything which has taken place.”

“We were founded in Jamestown; the British surrendered in Yorktown; and (Confederate General Robert E.) Lee laid down arms in Appomattox,” said Wilder. “So why should we be surprised that Virginia would be the first state to elect the first Black governor,” said Wilder, also the first state’s African-American lieutenant governor. Wilder admitted, that during the days of racial segregation in Virginia, he and other African-American civic and political leaders would not have been achieved their success if it were not for Black lawyers, who worked at personal and professional peril during the 50s and 60s.

He called out one of those “old lawyers”– Attorney W.T. Mason of Norfolk, who was in the audience – who were Howard Law School graduates and began their practices during the 1950s
“Few people … in Virginia … in the world in America, have any idea, particularly, know what we had to go through,” said Wilder. “But for the lawyers … the Black lawyers … working for nothing hardly … (and) harassed continuously.”

Wilder seemed to be directing his words toward educating the young people in the room. He noted during his speech that much of the state’s racial and political history is not taught in the public schools or in the homes. “There was a group formed by the Virginia Legislature called Committee on Offenses Against the Administration of Justice (formed at the height of the Massive Resistance Movement after Brown Decision was handed down) whose sole purpose was to disbar Black lawyers,” Wilder recalled.

The Committee waged a war to dismantle and disrupt the work of not only Black lawyers, but the NAACP which worked with them to knock down the walls of Jim Crow. Wilder said the committee was so effective, Norfolk staged parades with White men marching in greens suits. In Norfolk its favorite target was the Black-owned law firm of Edward Dawley, Lin Holt and Joseph Jordan. They tried to disbar Holt and destroyed Dawley’s ability to practice.

“They ran (Dawley, who recently died) him out of town,” Wilder explained. “I know because I bought his law books before he left for Ohio.” Wilder used a biological metaphor to describe the unsung heroes of the Civil Rights Movement. He said their work was like the roots of the plants we don’t see. He said “we only got a see the fruit” of their works. One of the “fruits’ he mentioned was the achievement of Father Joe Green while on Norfolk Council in securing the $8 million plus in city and private donations to restore the Attucks Theater, the venue of the lecture series. The building on Church Street was developed and funded by Blacks when it first opened in 1919.

“That you sought to restore this building…the name in itself is significant enough to be remembered,” said Wilder. “These things are not taught in schools, in home, anywhere because people do not know them.” Wilder said during the early part of the semester at VCU, his students question his stance on a variety of political issues. He said there is one factor which explains the political debate on most crucial social issues: money. “They ask about abortion … well what about LGBT … well inheritance, etc., healthcare, etc., then they finally get it,” Wilder said, describing how money is related to each of those issues.

He said that African Americans should take a different tact on their approach to economics. “Rather than for us to worry about a fair slice of the pie economically, would it not be better if we had the knife that cut the pie, ” Wilder asked. “Why are we not a part of the decision-making process?” Wilder’s comments included his views on current events. “You hear people saying they want to make America great again,” he said, alluding to the slogan of GOP Presidential candidate Donald Trump. “When was it great where there are those of us who are suffering the pangs of discrimination denial … lack of concern; meaning … our cities need … help … not just one city but every city across this country.

“When you look at a Detroit, it makes no sense… to happen in America when we spend billions of dollars in other places,” he said. Wilder said one of President Barack H. Obama’s best speeches was made at a U.S. Conference of Mayors’ gathering in Florida, when he said our cities are not the hindrance to metropolitan growth they are the engines of the things in how we can move America ahead.”

Wilder was not only in Hampton Roads to speak at the Green Lecture Series, earlier in the day he attended an event for State Senator Kenneth Alexander, who is waging a campaign to be elected Norfolk’s first Black Mayor, an effort Wilder endorsed. “This is the kind of person we need running not for self … or to feather his cap,” said Wilder. “He is giving up a prestigious seat in the Senate…to come back home to give back.”

Wilder said that regardless of the race of the candidate, the voters should hold them accountable. He said one of his greatest triumphs in the State Senate was initiating the discussion that led to the state’s abandoning the “Carry Me Back to Ole Virginny” as the state song. He said his first speech on the State Senate floor was denouncing it. He felt he had ruined his career. But seven years ago, the state relegated the song to the title ” State Song Emeritus “ and it has not been sung again.