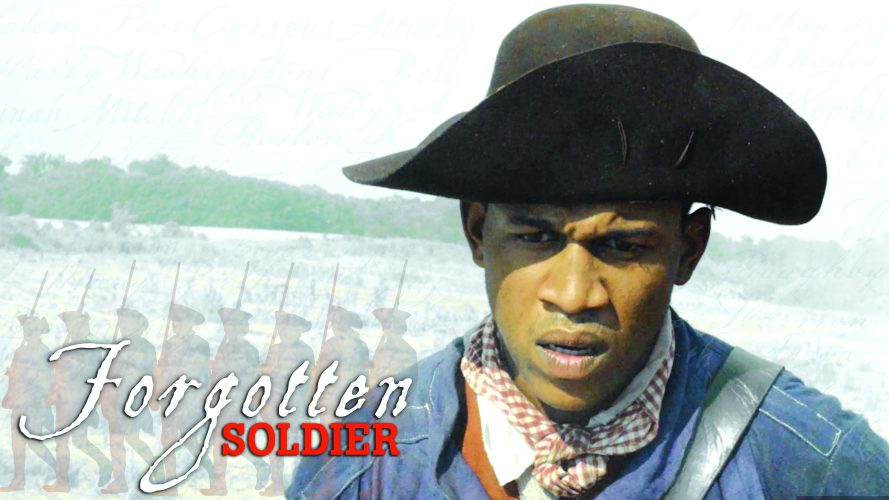 Rare documents and artifacts, interactives and compelling art, including a new contemporary work by nationally acclaimed artist Titus Kaphar, trace the experiences of Black soldiers who took part in the American cause for a free and independent nation or took up arms for British forces in hopes of obtaining their own freedom.

The special exhibition, on display through March 22, 2020, illuminates the difficult choices and risks faced by Africans in America during a revolutionary time in history and the varied and indispensable roles they played during the war and beyond.

Among the stories, learn about Crispus Attucks, a sailor formerly enslaved and of African and American Indian descent, who was the war’s first casualty at the Boston Massacre, and later considered “the First Martyr of Liberty.” Bristol Rhodes, an enslaved man who secured freedom by joining the Rhode Island Regiment, fought at the Siege of Yorktown in October 1781, and lost his left leg and one hand due to cannon fire. Thomas Carney, born free in Maryland, joined the 5th Maryland Regiment in 1777 and served as a Continental Army private in some of the most iconic battles of the war—Brandywine, Germantown, Monmouth and Guilford Courthouse—receiving a cash bonus and 100 acres of bounty land for his service.

Among items on loan is the Treaty of Paris, Article 7, New York, 1783, on loan from the U.S. National Archives in Washington, D.C., which ordered that all prisoners were to be freed, and the British were to withdraw all of their forces, “…without causing any Destruction, or carrying away any Negroes or other Property of the American inhabitants….”

Also, The American “Inspection Roll of Negroes No. 1” and the British “Book of Negroes,” on loan from the U.S. National Archives in Washington, D.C., and the National Archives (Public Record Office), Kew, London, England, will be reunited for the first time since 1783 for this special exhibition. The Americans and the British created these two documents to partially satisfy a requirement of Article 7 of the Treaty of Paris. These ledgers record the names of approximately 3,000 African-American men, women, and children who escaped to British lines during the war in hopes of obtaining their freedom. An interactive in the exhibit will offer an in-depth exploration of the “Inspection Roll of Negroes Book No. 1” from the U.S. National Archives.

Other significant exhibits and hands-on experiences are a part of the exhibition, to include a commissioned sculpture by Titus Kaphar, an American contemporary artist and 2018 MacArthur Fellow. Kaphar’s paintings and sculptures have garnered a national spotlight in exhibits and permanent collections of the Museum of Modern Art and Smithsonian National Portrait Gallery, among other prominent institutions, and graced the cover of TIME Magazine. The New York Times recently profiled his work and his efforts to nurture young artists in New Haven, Conn.

Follow us
In this article:American Revolution Museum, Forgotten Soldier, Yorktown