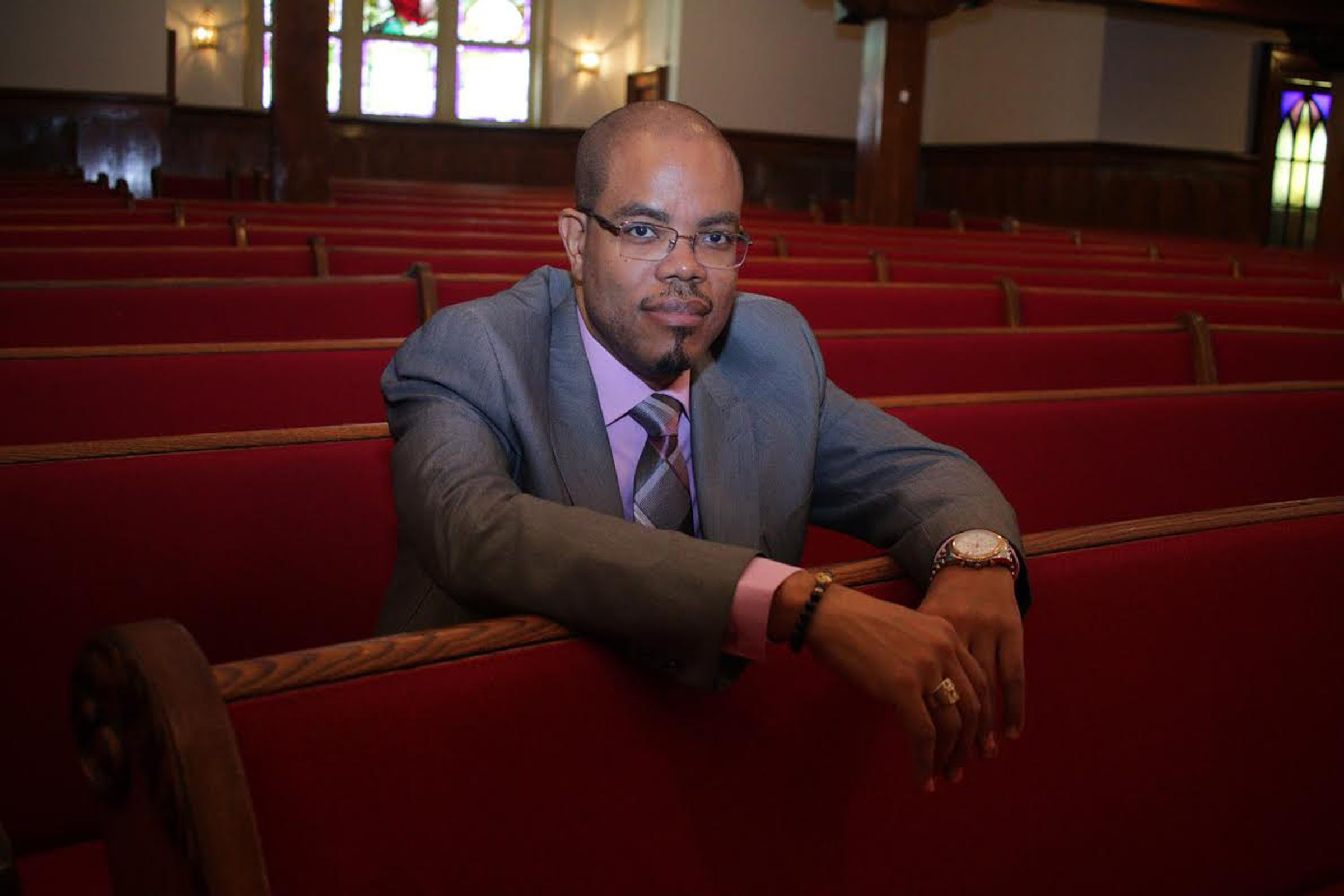 If the Rev. Joseph A. Fleming had not spent his life following in the footsteps of his father; then the shoes of the Rev. Joe B. Fleming would be a hard fit, since his father will retire this month as senior pastor of Third Baptist Church in Portsmouth.

But two weeks ago, tickets sold out to his father’s 35th anniversary-retirement banquet that will be held Nov. 25 at the Renaissance Hotel in Portsmouth. This means 600 people have already paid $60 each to celebrate his father’s 35-years at the helm of a church that was founded in 1885 in a schoolhouse on Chestnut Street by the Rev. J. W. Godwin, and seven or eight women with a vision.

“The church has always been the center of our lives,” said his son, the Rev. Joseph A. Fleming who will become the ninth pastor of the 131-year-old church on March 26, 2017. “I was 10 when my father came to Third Baptist Church in November 1981. I had no idea that I would be here in this place.”

Like a single path of footsteps are impossible to overlook in a snowstorm, his grandfather’s and father’s examples have guided him through stormy times, he said. “My dad was very young in the late 1950s when he preached his first sermon in Holdenville, Okla. His father, John A. Fleming, who is deceased, died when my father was 16; but he was chairman of the deacon board. His mother, Rosetta M. Fleming was very active in the church. The church was their foundation.”

The incoming pastor’s parents became sweethearts at Bishop College in Texas. Soon, they graduated, married, and moved to Virginia to attend Virginia Union University. In 1963, his father began to pastor Antioch Baptist Church in Susan, Va. From 1968-1981, his father pastored Quioccasin Baptist church in Richmond.

By the time his parents moved from Richmond to Portsmouth to pastor Third Baptist, they had three children. “I was the youngest,” the incoming pastor said. “In the early 1980s our church began feeding the hungry and that has lasted for 30 years. Each Friday from 11 a.m.-1 p.m., we serve 200 plus. We also serve meals on Christmas and Thanksgiving.”

The incoming pastor continued, “In my opinion the church has been, and is still one of the No. 1 resources for many. Our church has always partnered with help organizations in the community and still does. We have a men’s ministry that judges and others send men to. Every Monday night, 40 plus men meet in our church. Some are trying to overcome incarceration. Others need jobs, housing and support. We have helped many men revitalize their lives.”

The point is the incoming pastor is stepping into a huge pair of shoes. His father is a member of several community organizations, including the Portsmouth NAACP, and he is president of the Tidewater Metro Baptist Ministers’ Conference of Virginia, past chair of the Electoral Board of the City of Portsmouth, to which he has belonged for 13 years, and he is a former commissioner of the Virginia Port Authority.

The incoming pastor, who has been a member of the local school board since 2012 said, “I am looking forward to being a mission-oriented church.

“That is our mission to be a local, state and international resource. We give backpacks and school supplies to students in Haiti through the Lott Carey Baptist Foreign Mission Convention. We do vacation Bible school in Guyana. We will continue to form partnerships with organizations that are mission-minded.”

The reality is that while the incoming pastor loved to tag behind his dad, he never planned to become a pastor. “Loving the church is different from wanting to be a pastor,” he laughingly said. “That is a lifetime commitment.”

But that sums up what happened after the incoming pastor graduated from Manor High in 1989, and earned his degree in English in 1994 at Virginia Union University. Earning his masters of divinity degree in 1996, he pastored Springfield Baptist Church, Meherrin, Va. for seven years starting in 1995. After serving in missions and ministries at Sixth Baptist in Richmond, he returned home and joined his father’s staff.