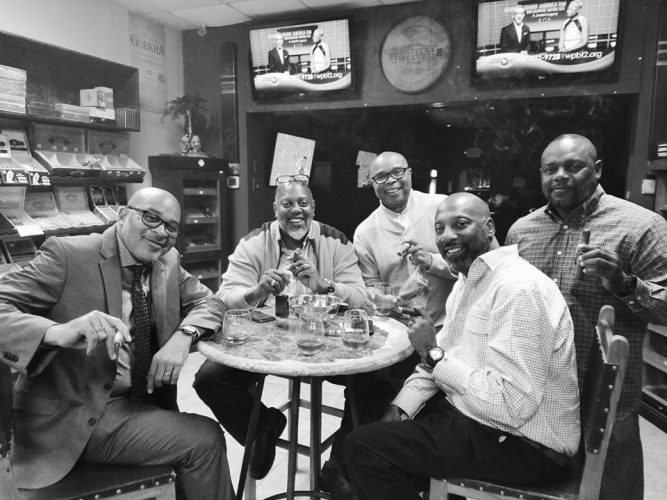 As a young man, Greg Willis bonded with his father by sitting on the front porch with him and smoking a cigar. He cherished that time, and, over the years, gained an affinity for robustos.

Those intimate father-son moments have come full circle for Willis, a Cox Automotive Media Solutions expert in Atlanta. He, and his four business partners, spent the past year developing a new high-quality cigar which they predict will turn heads.

The result is the company Emperors Cut, which produces a medium-to-full-bodied cigar. They have test marketed their product to cigar smokers of various tastes to resounding praise that has fortified their efforts to push forward. For Willis, it is an ode to his dad, Robert, who died in 1996.

Each of his four partners, also professional men in their 50s, took different paths to become cigar aficionados. Maurice Holland, who lives in Suffolk, Virginia, enjoyed his first cigar on vacation in Jamaica 20 years ago, he said. Since then, he has traveled extensively, always enjoying a variety of sticks along the way.

Darnell Streat met Willis while they were students at Norfolk State University. He started smoking cigars about 15 years ago.

Greg Hurt said he has been into cigars since the 1990s and enjoys them as an opportunity to escape the rigors of everyday life.

Robert Howard, a Washington, D.C. lawyer, discovered cigars last year, believed in the product and joined the group as an investor.

Streat, who connected the partners, had contemplated developing a line for years. Finally, he called Willis. “He believed we could make it happen.”

And so, they have. They spent considerable time researching the industry and domestic and international markets – the U.S. is responsible for little than half of the $20 billion global cigar market. They also learned about the handful of African-American-produced cigars in the market – including El Primer Mundo, Trilogy and Tres Lindas Cubanas. But the friends are confident their product can find its place, among African-Americans and cigar lovers in general.