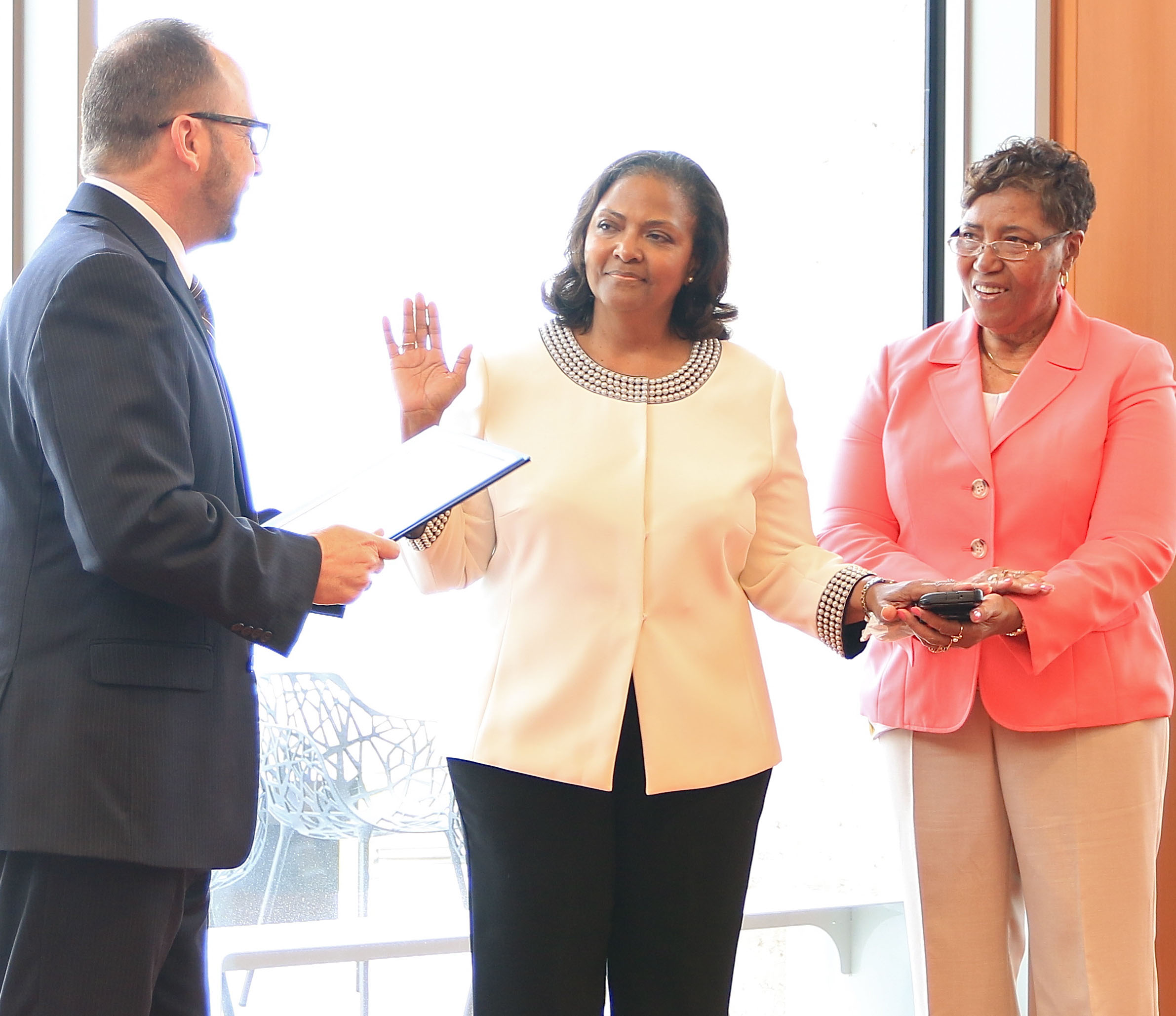 Diana Branch was installed as the new Postmaster of Norfolk on May 20 during a ceremony at the Slover Library. She is the first woman to ever hold the position. Branch began her career in 1988 as a letter carrier in Hampton, VA. Over the years, she has held numerous positions, including customer services supervisor, customer services manager and Postmaster. She previously served as Acting Postmaster, Newport News and Manager, Customer Service Operations, Norfolk. Prior to her recent official appointment, she served as Acting Postmaster, Norfolk. Branch holds a B.A. in Human Resource Management and an Associate’s Degree in Business, both from Strayer University.

“As the Postmaster of Norfolk I understand that our customers have more choices than they had in the past,” said Branch. “Our customers are also more informed and expect excellent service. It’s my goal to ensure that they have a positive customer experience in the city of Norfolk.” The new Postmaster was reared in New Jersey, volunteers at a nursing home in Hampton, and buys supplies and volunteers time at a special needs class in Newport News. She now lives in Hampton.