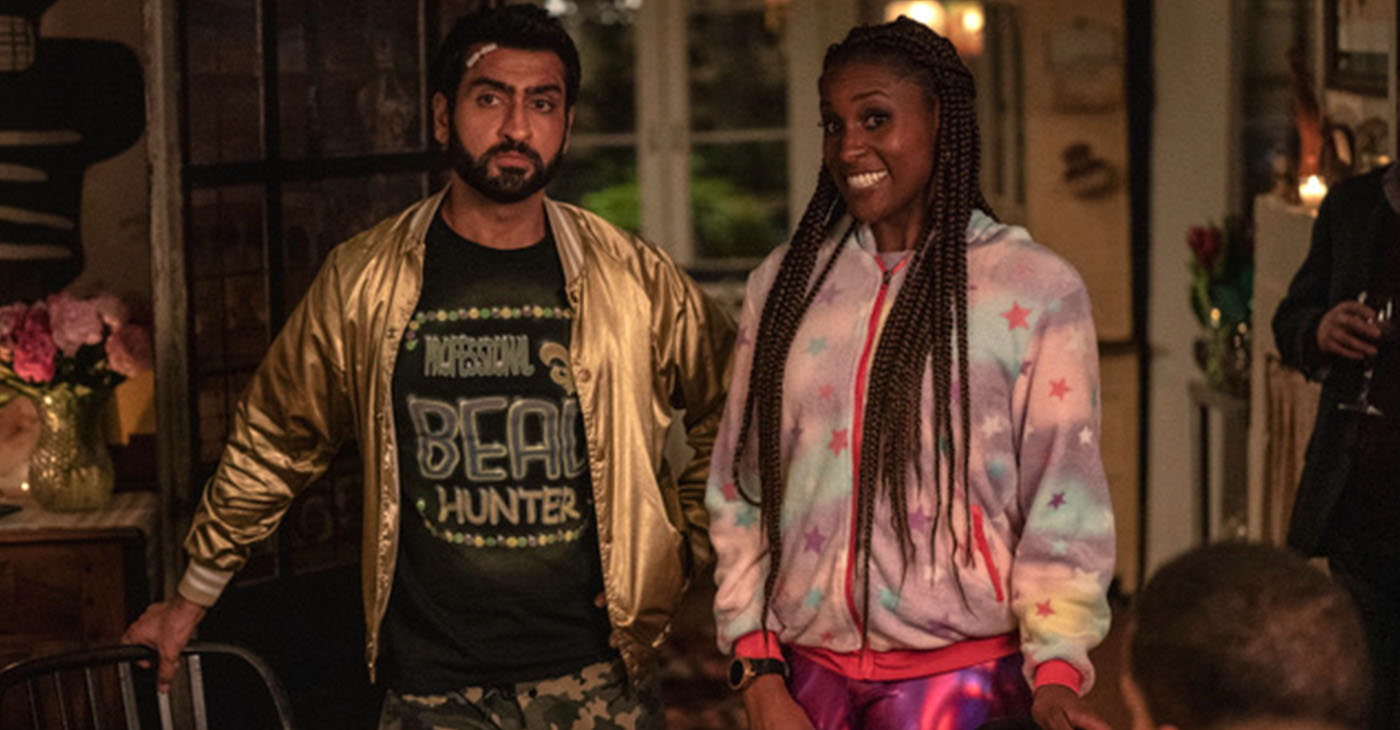 It probably looked really good on paper. Bickering couple gets caught up in a murder and goes on the lam. It’s just enough of a framework for two comic geniuses to flaunt their comedy licks.

Kumail Nanjiani made a name for himself on the series Silicon Valley and hit it big with the romantic comedy The Big Sick. His screenplay, written with wife Emily V. Gordon, won an Oscar nomination. Issa Rae turned her YouTube series The Misadventures of Awkward Black Girl into opportunity after opportunity; from HBO’s Insecure to the very romantic film The Photograph.

The two are hot commodities in the entertainment world. They are as contemporary and edgy in this day as Eddie Murphy was in his, when he stumbled into Beverly Hills Cop and his career blew up. The key difference? That film’s director (Martin Brest), writer (Daniel Petrie Jr) and editors (Arthur Coburn and Billy Weber) flung a door open for him.

Jibran (Nanjiani), a documentary filmmaker, and his lover Leilani (Rae) are a very modern couple. Not because they are multi-cultural, Pakistani American and African American, though that is very au current. More because they are so caught up in their Instagram, entrenched in Google calendars and deeply neurotic. They barely function as humans, barely make a connection. Communications are usually verbal jabs and cryptic feelings that when expressed send mixed signals at best. After years of living together they still can’t read each other: “Is that your I wanna kiss you face?” says Leilani. Sister, if you have to ask him, you two need therapy.

Nice setup. Actor turned screenwriter Aaron Abrams delivers a screenplay that has as a solid foundation for comedy. Odd characters, continuously evolving unimaginable situations and a beginning, middle and end frame the hysterics. A formulaic, TV sensibility thwarts those good intentions. The script persists in giving Jibran and Leilani too much dialogue. Add in the two leads penchant for running their comic mouths, and tedious scenes turn into verbal quagmires with no exit plan. A little, pointed back and forth is fine. Incessant talking tests patience.

If the writer doesn’t know how to end a scene, it would be helpful if the editors (Vince Filippone and Robert Nassau) did. They don’t. They cut the footage down to 86 minutes, so the overall film is short, but most of the vignettes drag.

Filmmaker Michael Showalter displayed a great ability to direct urbane romantic comedy (The Big Sick). His stab at action/comedy/crime is less exact. The fight scenes, getaways and skirmishes suck. From the car sequences, to the fistfights, to the torture chamber (barn).

Showalter’s background is in TV (Grace and Frankie, Love, Search Party) and that doesn’t translate well to action films. If he had taken some time to watch In Bruges, Lock, Stock and Two Smoking Barrels or even Pineapple Express, he might have created a style for The Lovebirds that was more fluid, cagey, smart and kinetic. Nanjiani and Rae do their thing. The direction does not.

Some plot points don’t make sense. Why would the couple run away from an accident when they could just drive away? Too many times if feels like the actors and director are searching for the comic highpoint of a scene, never finding it, but continuing anyway. Hence, what’s on view often seems stiff and forced. The exception is the couple screaming along to the Katy Perry song “Firework,” in the back of an Uber. Or towards the end when it looks like their relationship may be mendable. These moments are precious.

Nanjiani and Rae, separately and together, are fun to watch. Their take on humor seems innate. They‘re photogenic. They are likable—nearly loveable. Whether on a talk show, cable TV or on-screen, something about their personalities wants you to look, listen and laugh. Their insights on being Asian and African American today is so timely and engaging you want to ride along them on their life journeys.

A really smart producer would reimagine the 1934 film The Thin Man and adapt it for this very talented duo. In that classic film, a former detective named Nick Charles and his wealthy wife Nora investigate a murder case, mostly for the fun of it. Nanjiani and Rae would know how to work those roles. With the right team, they could turn that film into a popular franchise (a la Rush Hour, but less manic).

The Lovebirds had potential. Nanjiani and Rae were up to the challenge. Stilted direction, a persistently talky script and imprecise editing left them performing without a net. Regardless, this talented duo should have a bright future.