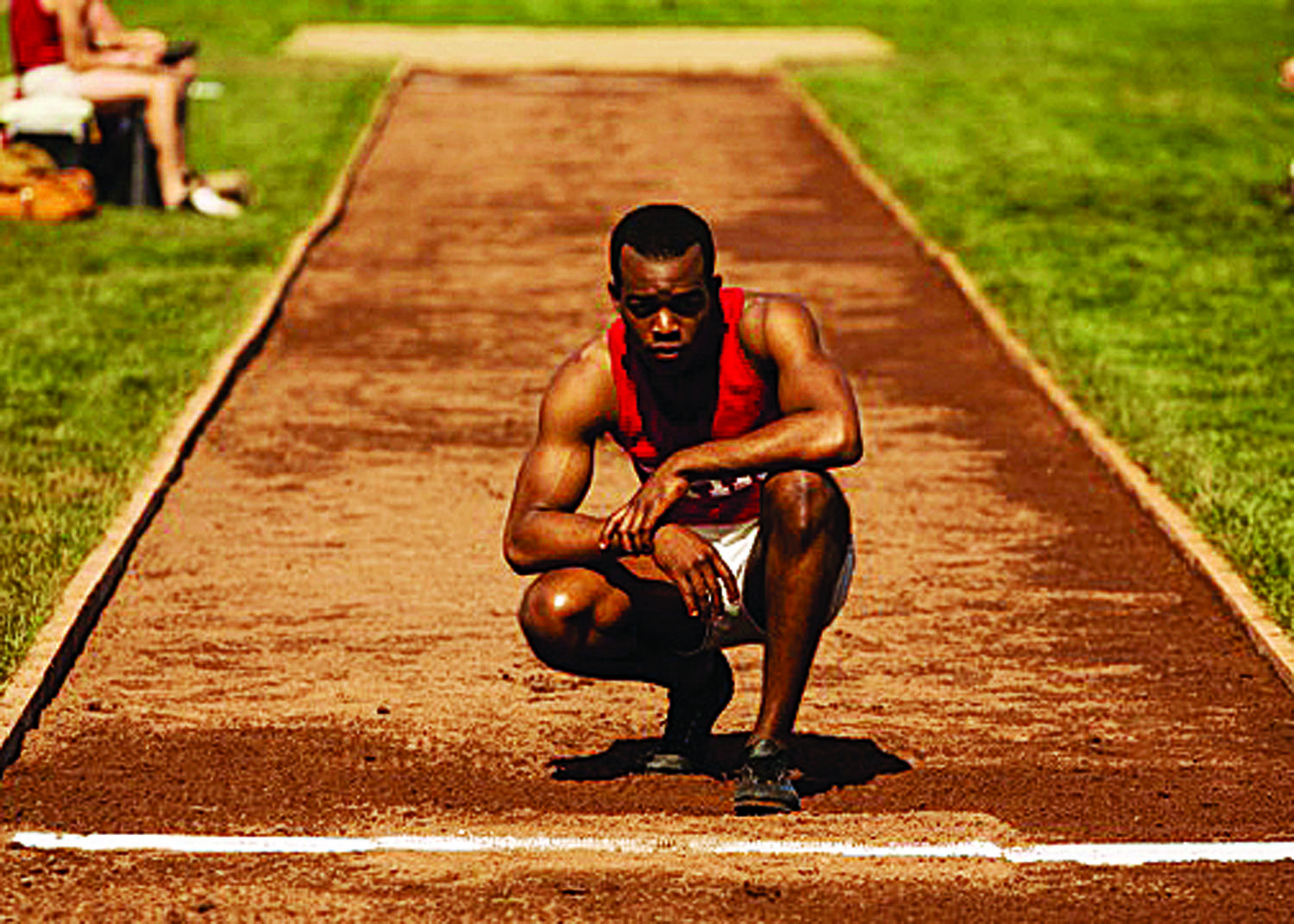 “On the track, there is no Black and White, just fast and slow. For those 10 seconds you are free,” says Jesse Owens (Stephan James) in this very moving and inspiring bio/sports movie that captures the essence of this legendary athlete’s life, challenges and achievements. Race is a history lesson, personal profile and a crowd pleaser.

Before you see this movie, you might wonder why they didn’t just call it “Jesse,” or “Jesse Owens.” Ten minutes into the footage, you completely understand why. Owens feat of winning four Olympic Gold Medals did not happen in a bubble. He endured the indignities of racism and segregation in the U.S., and saw prejudice firsthand in Berlin in the 1930s. To the credit of this movie’s perceptive team, they didn’t shy away from the inequalities and degradation of the period as they retold his story.

Producer Luc Dayan, who developed and produced an award-winning short film tribute to Jesse Owens and Carl Lewis, nurtured this project and was joined by producer Jean-Charles Lévy, director Stephen Hopkins (Predator 2, Lost in Space) and screenwriters Joe Shrapnel and Anna Waterhouse (Halle Berry’s Frankie & Alice). Their production has a surprising sensitivity and honest response to racism that carries through for two hours and 14 minutes.
James Cleveland “Jesse” Owens, who was born in Oakville, Alabama, grew up in Cleveland, Ohio demonstrating a passion for running in Junior high. Owens made headlines when he tied the world record for the 100-yard dash, running it in 9.4 seconds, while he was in high school. He had his choice of colleges, but because his coach recommended head track coach Lawrence “Larry” Snyder (SNL’s Jason Sudeikis) at Ohio State University, he went to Ohio State.

On May 25, 1935, Owens participated in the Big Ten meet at Ferry Field in Ann Arbor, Michigan, where he set three world records (long jump, 220-yard dash and 220-yard hurdles) and tied a fourth (100-yard dash), in just 45 minutes. It was an incredible achievement, one that set him up for the Olympic Trials and put him on the road to the 1936 Berlin Olympic Games.

Behind the scenes, as Nazism spreads in Germany, Jews were being persecuted and killed and Hitler’s propaganda machines lauded the Aryan race, and called all others inferior, particularly Blacks. Some Olympic officials, like Jeremiah Mahoney (William Hurt), called for a boycott. Others, like Avery Brundage (Jeremy Irons), insisted that athletes go and show the world that an integrated American team could beat the Germans.

The rest is history. Owens won four gold medals and shamed Adolph Hitler in front of the world. Documentary director Leni Riefenstahl (Carice van Houten), who was hired by Hitler’s crew to capture the Germans in all their glory, recorded all of Owens triumphs, which proved Hitler’s theories on race to be absolute bunk.

Everything moves along smoothly in this film, which has a similar feel to the Jackie Robinson bio 42. The cinematography (Peter Levy, Predator 2), production design (David Brisbin, “Dead Presidents”), editing (John Smith), art direction (Jean-Pierre Paquet, “300”), the musical score (Rachel Portman, “Chocolat”) and music overall (George Acogny) are perfectly in sync. Race looks and feels like a big budget feature film, even if it is not. The scenes of Olympic Stadium in Charloteenburg, Berlin Germany are particularly vivid.

Stephan James, who played civil rights leader John Lewis in Selma, brings a duality to his measured interpretation of Jesse Owens: He’s confident, without being self-centered; vulnerable without being weak. It’s an attractive quality for a protagonist, one that makes you like Owens even more. Jason Sudeikis is also successful at building the Snyder character who is a know-it-all at first, then willing to learn from his student. For a comedian attempting a dramatic role, he’s okay. The two actors feed off each other, making the transition, from “coach teaching student” to “student teaching coach” life lessons, believable.

Owens to Snyder: “You stick with me and I’ll make a great coach out of you.” Irons and Hurt make the officials look stiff and calculating. Shanice Banton as Owens sweetheart/wife displays a sweetness that’s infectious.

Though the direction, script and acting are steady, they are out-shined by two elements: The first is the spirit of Jesse Owens, which makes watching him win races against tremendous odds a joy, even though you already know he will lead the pack. Secondly, the attention to social issues and civil rights problems, which were prevalent back in the day and remain so today, is admirable.
Race deserves a lot of credit for not whitewashing history.
Read more movie reviews by Dwight Brown at DwightBrownInk.com.