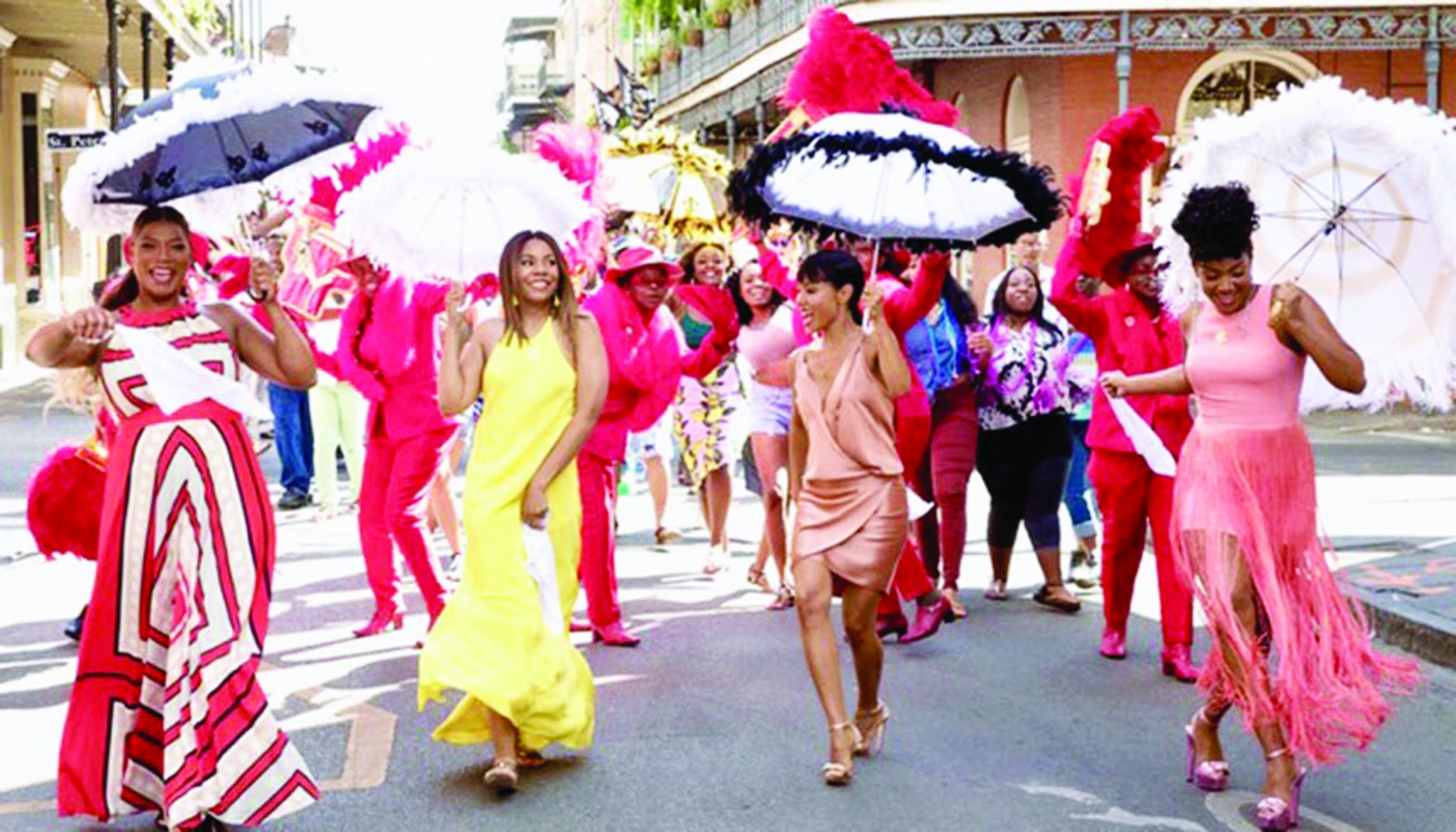 This hilarious and relentlessly bawdy take on a girls’ weekend reunion in New Orleans is following in the footsteps of some very popular female-appeal movies like “Sex In the City” and “Bridesmaids.” But “Girls Trip” is not a copycat. It’s very unique and will leave its own lasting imprint on the good-girls-gone-wild genre.

Ten minutes into this comedy, you’re asking yourself, “Who the hell wrote this?” The story is contemporary, the dialogue is laugh-out-loud funny, the characters are distinct and their life dramas, rivalries and relationship problems are thoroughly engaging for 122 minutes.

Blame the naughty humor on Kenya Barris (TV’s “Black-ish”) and Tracy Oliver (“Barbershop”). They completely understand the lurid minds of ladies who’ve had one-too-many cocktails and speak their mind. And for audience members who do not have a potty mouth, but wish they did, this crew says every wicked thing you ever thought, but never had the nerve to say.

Ryan Pierce (Regina Hall, “When the Bough Breaks”) is a successful and envied author, somewhat like an Oprah without a TV show. She’s married to ex-NFL player Stewart (Mike Colter, “Luke Cage”). On the surface, they have an ideal marriage and are on the verge of getting their own talk show. Behind closed doors, they’ve got problems. However, they must protect their brand and are determined to keep up their facade.

Ryan talks her old college girlfriends, who used to call themselves the “Flossy Posse,” into a reunion in New Orleans at the annual Essence Music Festival. There’s Dina (Tiffany Haddish, “The Carmichael Show”), the brassy one who talks like a drunk hooker, “We gonna get some d–k this weekend.”

Lisa (Jada Pinkett Smith), a nurse with two kids, is the prudish one: “Dina! I need you to use your lady mouth.” Sasha (Queen Latifah) is a gossip columnist, who is having trouble paying her bills.

The foursome gathers at the airport, checks into a lavish hotel and in short order they are kicked out thanks to Dina’s outlandish behavior. Apparently the finer establishments don’t take kindly to women who threaten patrons with broken champagne bottles. The group moves to a fleabag motel that’s frequented by $5 prostitutes.

That’s the set up, and director Malcolm Lee (“The Best Man”), who has become the populist voice for the Black middle-class, works his magic.

The cast works well together as an ensemble. The quartet of actresses must share top-billing with New Orleans and the Essence Music Festival. There is something endearing about watching old friends work through their differences and rekindle the love and solidarity that once united them. But that’s like reading Playboy for the great articles.

Audiences who venture out to see Girls Trip are really hungering for outlandish humor and a good date movie – and that’s what they’ll get. They will laugh themselves silly and leave happy.