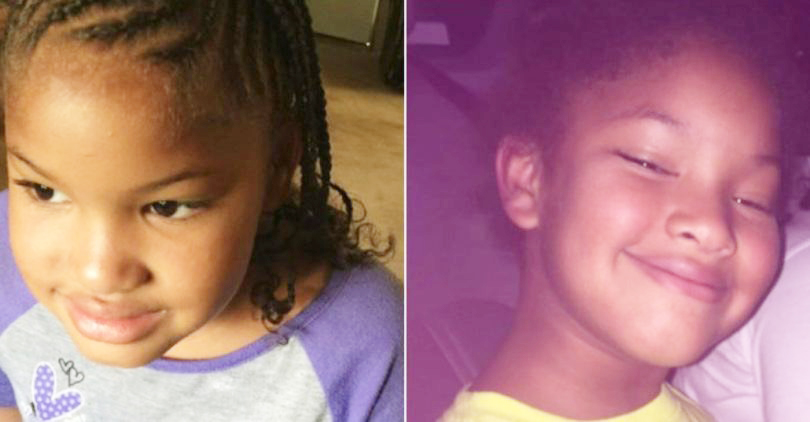 Since December 30th of last year, the Greater Houston community has been in a frenzy due to the fact that no one had been apprehended for the tragic drive-by shooting death of 7-year-old Jazmine Barnes, who was shot in the head as she and her three sisters sat in their mother’s car while going to the store.

Now, many in the community are relieved to know that Jazmine’s alleged killers have been apprehended and may soon face justice. However, the road to finding these suspects has been a real rollercoaster of high emotions and cloudy details.

Most of the frenzy came with the reports that the alleged shooter was a White male driving a red pickup truck.

Before the suspects were arrested, police had released a sketch of the suspect based on the description provided by Jazmine’s mother, LaPorsha Washington, and her three sisters. The description they gave identified the shooter as a White man in his 40s, driving away in a red pickup truck.

However, Jazmine’s alleged shooter was not a White man, but was actually a Black man, who was joined by another Black man as his accomplice.

Two suspects – Eric Black Jr. and Larry Woodruffe – have been identified as the individuals allegedly responsible for Jazmine’s murder.

As part of their investigation, the Harris County Sheriff’s Office states they received an anonymous tip from New York-based writer and activist, Shaun King, after someone reached out to him with information stating that Black and another person, identified in court as “L.W.,” shot at Jazmine’s family’s vehicle after mistaking it for another one. That person was later identified as Woodruffe.

According to an affidavit, Black was arrested during a traffic stop for allegedly not using his turn signal. He was taken into custody for marijuana possession and when he was questioned by homicide investigators about the murder based on the tips they had received, Black allegedly told investigators that he was the driver of the vehicle that was used in the shooting. He went on to say that a man in the passenger seat, who is believed to be Woodruffe, was the person who actually shot Jazmine, according to the affidavit.

Woodruffe was allegedly a passenger in a rental car when he and Black spotted a vehicle they thought they recognized and allegedly opened fire out the window as they drove by.

The two men returned the rental car and picked up a new one that Black was driving when authorities stopped him.

The affidavit also states that Black told investigators the gun used in the shooting was at his home and that he gave officers permission to search for the gun, and upon doing so found a 9mm pistol consistent with shell casings recovered from the scene.

Black faces a capital murder charge for his role in the shooting death of Jazmine. According to jail records, Woodruffe is currently in custody on drug possession charges and has also been charged with capital murder in connection with the shooting.

In the meantime, investigators still want to locate the driver of the red pickup truck that was reported at the scene by many witnesses, including Jazmine’s family.

According to Harris County Sheriff Gonzalez, his office does not believe that racism or the driver had any role to play in the shooting, as had been previously reported. Gonzalez wants that driver to come forward and hopes the arrest of the suspects can lead to healing for the family and the community.

Congresswoman Sheila Jackson Lee also shared her thoughts on the tragic loss of life of this young girl.

“This was a heinous crime. Our entire community and the nation were filled with horror and thoughts of the real possibility, based on early descriptions, that this crime was based upon hate. Again, we hope the family will now have peace and will be able to funeralize little Jazmine Barnes and bring some solace and peace to all of their lives.”

The details of the shooting death are truly heart wrenching.

A “Justice for Jazmine” rally drew hundreds of supporters and nearly 3,000 people have donated to a GoFundMe account that was set up for Jazmine’s funeral expenses and family.