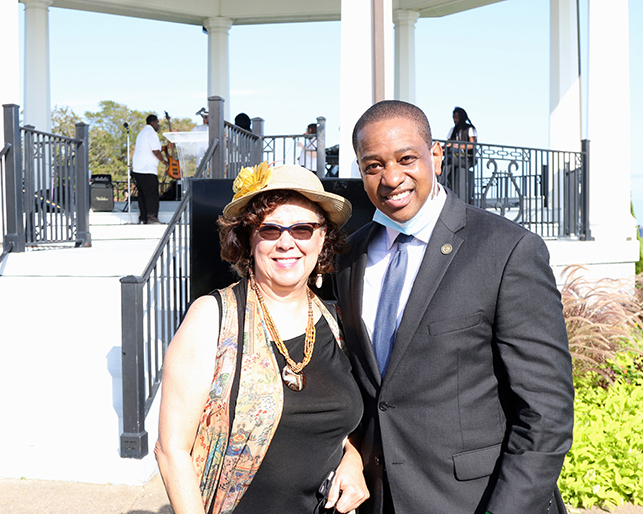 Virginia’s Lt. Governor Justin Fairfax chose Fort Monroe as the venue to announce his entrance to the 2021 race for Governor.

Before an assembly of supporters on Sunday, September 13, Fairfax delivered an impassioned speech, noting the significance of the area as the site where the nation’s first recorded enslaved Blacks arrived in 1619 and now appropriate to mark his own history 401 years later.

Serving as emcee was Hon. Michael Futrell, former House of Delegates member. Others on the program were Bishop Jerome Williams, and Attorney Phil Thompson.

Fairfax said his candidacy lifts up a standard and light as a “new day in Virginia and the United States.”

Fairfax is hoping to duplicate the political path that was set by former Gov. L. Douglas Wilder, Virginia’s first and only African American Governor who also served as Lieutenant Governor.

On hand were his wife and two children. Fairfax is the Commonwealth’s 41st Lieutenant Governor.