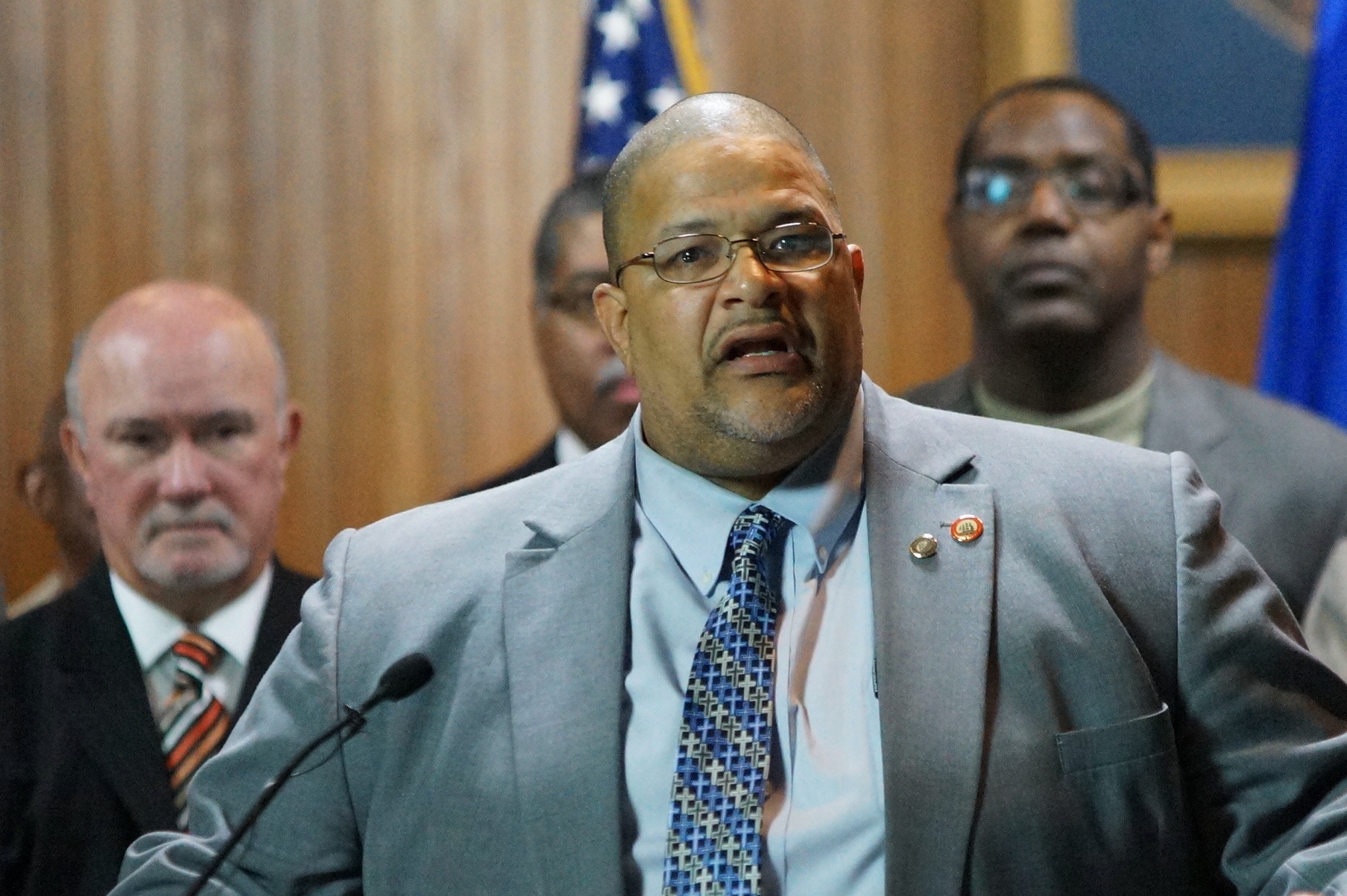 PORTSMOUTH
The charges of felony elusion in a vehicle, and driving with an expired inspection sticker have been dropped against Portsmouth Mayor Kenneth Wright as requested by the Special Prosecutor handing the case before a Portsmouth Court on Monday (March 21).
The court agreed with the Special Prosecutor, Verbena Askew, not to proceed. The city’s Commonwealth’s Attorney, withdrew from the case due to a conflict of interest.
Askew asked that Wright only pay the $51 fine since he has replaced the expired sticker.

The case against the Mayor is the result of his being charged in January after Portsmouth Sheriff Bill Watson, pursued Wright in a slow chase through the streets after Wright had left a council meeting earlier this year.
Askew, a former judge in Newport News, said that the offense was a basic traffic infraction. She said if the Sheriff wanted to reconcile the situation because of his knowledge of the expired sticker on the Mayor’s car, and his location, he should have contacted him on the matter.

A video of the incident captured by a local TV station showed the Sheriff and the outlet’s TV crew setting up a stakeout in a city garage and watching as Wright got into his car with the expired sticker to drive off home.
The video recorded Watson saying, “If he (Wright) gets into that car, he is mine.”
Critics of the Sheriff say he was abusing his power, considering Watson and Wright have been engaged in a bitter dispute recently, prompted by the council’s plan to cut the Sheriff Department’s operating budget

The Sheriff with the TV camera crew in tow chased the mayor at slow speed as he headed home.
After the court hearing, the Mayor refused to answer reporters’ questions, but Watson said that Askew should not have been appointed to prosecute the case, claiming she was in conflict of interest, because, Watson said she represents the Portsmouth Redevelopment and Housing Authority (PRHA).
The council appoints the PRHA board.