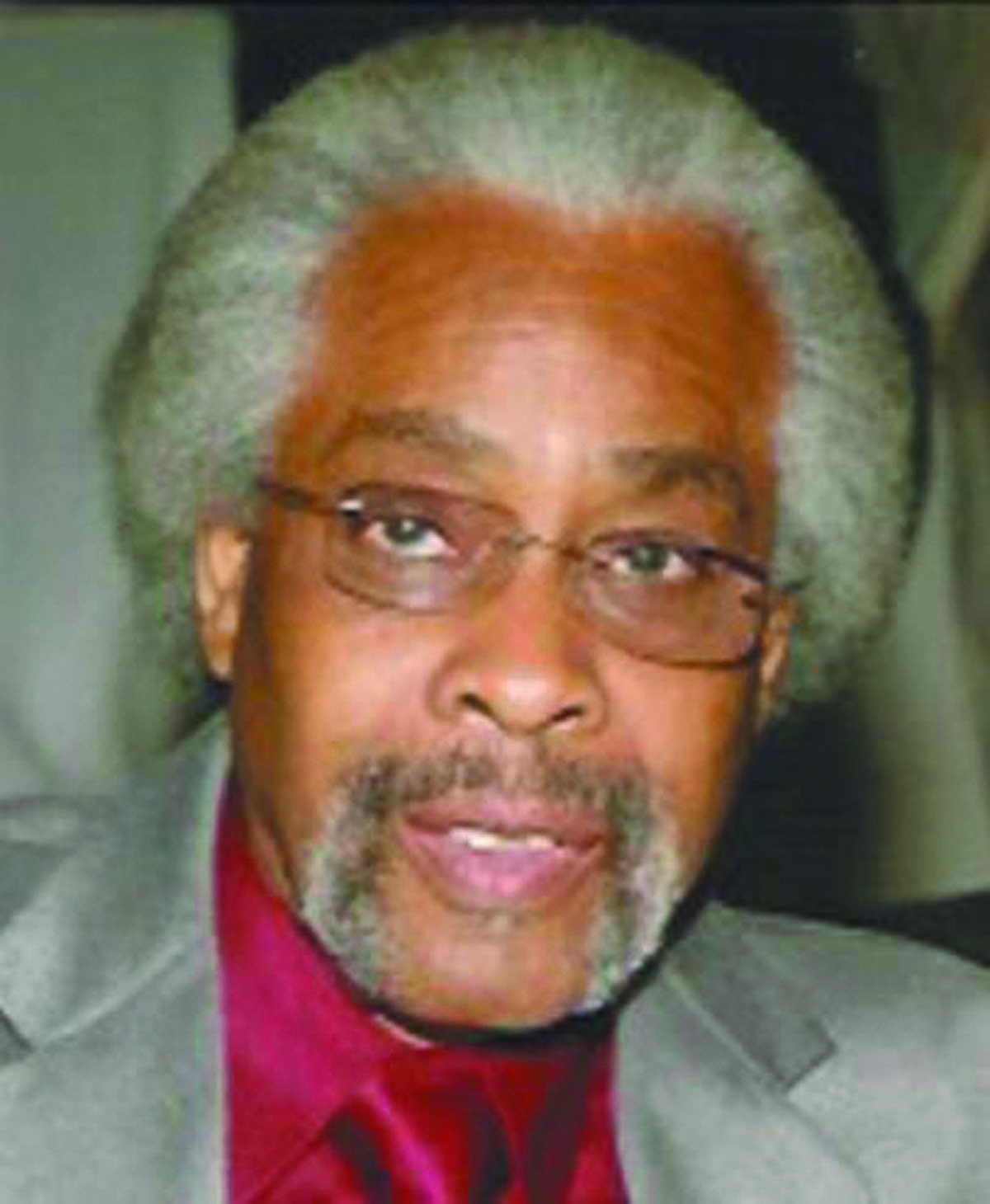 The goal of the nation’s public education system is to prepare our children to feed a pipeline of skilled, innovative and productive citizens to create and use technology to fuel the economy, effectively rear families, and maintain the culture.

But a growing field of study shows the system is not serving Black children and their families according to that role and legacy.

Instead of Black children flowing through a pipeline toward productivity and prosperity, for many, they are funneled into a disparity filled conduit to poverty, dysfunction and prison.

“The fact that the school-to prison pipeline appears to start as early as four-years-old, before kindergarten, should absolutely horrify us,” said Arne Duncan, former Secretary of Education under former President Barack H. Obama.

The DOE’s Office of Civil Rights looked at 15 years worth of data and discovered a pattern of inequality in how Black students are treated and disciplined, in both so-called good and dysfunctional schools.

The report said over half of the preschool children who are suspended more than once are Black, although African-American students make up less than a fifth of the preschool population.
Similar findings were revealed in grades from first to 12.

For comparison, according to the report, 43 percent of pre-schoolers are White, but only a quarter of them get suspended more than once.

African Americans are more likely to be referred to law enforcement and to be arrested for the most minor infractions of school policy. Black girls are suspended at higher rates that girls of any other race.

Students with disabilities who make up 12 percent of the student population, account for nearly 60 percent of those placed in seclusion or involuntary confinement or expulsion.

“A routine school infraction should land a student in the principal’s office, I think, and not in a police precinct,” said former U.S. Attorney General Eric Holder, who attended the presentation of the DOE report with Duncan.

“This critical report shows that racial disparities in school discipline are not only well documented among older students, but actually begin during pre-school,” Holder continued. “Every data point represents a life impacted and a future potentially diverted or derailed.”

His job is to determine the emotional ability of a youth or adult defendant’s level of danger to self and the community and their ability to help his defense lawyer represent him in court and stand trial.

Many of the children he interviews are as young as 10.

“You do not want to be in a position where your child has to see me,” Williams said. “By then, in many cases, the damage to that child is done. It takes a lot to fix them. I am there to diagnose, unfortunately, not to fix them.”

Dr. Williams said he is keenly aware of the disciplinary and treatment disparities which exist in the nation’s public schools that Black children face each day.

He had children in the Norfolk public schools and confronted the principal and staff at two sites about the way his children were treated. He removed them from the public setting and place them into the private one.

It was an option he could economically afford to do because he cared deeply about “how my children were treated them because I am their father.”

He realizes many poor Black and White parents do not have the resources to make that same choice.

But this does not stop him from speaking out on the issue of the growing crisis in education that African-American children and their families are facing.

On Saturday, March 11, at the Historic Attucks Theater in downtown Norfolk, starting at 10 a.m. he will host “The Dr. Earle Show.” There will be no dancing or singing.

Instead Dr. Williams will use his talents and insights to lecture on “Prison: Getting out and Staying out.”

The first part will be a video presentation on his life. The highly regarded Forensic Clinical Psychologist spent a brief time in jail for a post military stint in robbing warehouses, pimping and other dastardly adventures.

He did not get his first college degree until he was 40, after searching for his professional niche, he recalls.

The second part will be the testimonial of an African-American woman who has landed on her feet after being in prison for role as an unwilling participant in a string of robberies.
The third leg of his presentation will be how the nation’s public schools are placing Black children in the school-to-prison pipeline.

Dr. Williams said although it comes in many forms for Black children, racism is used against them through the biased lens of teachers and administrators of the schools tasked with educating them.

But criminalization of Black children was bolstered after the Columbine (Colorado) High School massacre on April 20, 1999.

“After the Columbine shootings, which involved mostly White middle class children, the nation adopted a zero tolerance of bad behavior in the schools,” said Williams, now 72. “You can bring a piece of bread shaped like a gun and the child is treated like a criminal…simple rough housing is violent bullying. A male child just playfully touching a female classmate causes a child to be defined as a sex offender.”

Williams said that schools have School Resource Officers (SROs) to provide security and implement school discipline. In many cases they are sworn police officers.

One of the most ominous options they have in dealing with Black children, regardless of the offense, is handcuffing, detaining, and calling the police units to cart them off to be booked.

This is how many poor Black children as young as preschoolers are introduced to the Criminal Justice System.

“Children act out for various reasons – abuse … home life … bored or overactive, “ Williams said. “They do not know how to deal with the stresses they may encounter in home or the school yard. Instead of teachers and principals finding out why the child is stressed and dealing with it in a patient manner, their aim is to punish, especially Black children.”

Often when Black children are tossed out of the classroom setting, they are not allowed to keep up with class work, as White children are allowed to do, according to Williams.

“So you discourage the child from learning and being interested in school,” said Williams. “You kill their sense of interest in schools and their desire to attend. Even if they go back, their bad behavior may be repeated and gets worse. They start thinking ‘what do I have to lose. I don’t care any more.’”

Many Black children wind up in alternative school settings, if they exist, to deter them from completely dropping out of the system.

But if intense efforts to salvage them academically and personally are not undertaken, they are lost to the streets and wind up deeper in the clutches of the criminal justice system or worse.

Dr. Williams said one of the strongest tools which could be used to shut down the pipeline rests in the hands of those who run the schools, as well as the parents.

“But first, parents have to give a damn!!” Williams said. “They have to get involved. When a child comes home, why aren’t you asking them ‘what did you learn in school today?’ said Williams. “If that child has a problem answering, you should talk to the teachers. Engage the schools. This is how you start.

“Talk to your child’s teacher at that school and attend the PTA meetings,” said Dr. Williams. “You can meet and network with the school’s personnel and other parents who may be experiencing the same issue and concern.”

William said he often encounters adults of his generation talking fondly about the “the good ole days” when they were going to school and they did not see such bad behavior in often under-resourced and racially segregated schools.

“There was the village to help parents raise and educate children then,” said Williams. “But even then the primary mentor and trainer of our children were their parents.

“A parent cannot expect a teacher or a school to raise, mentor and motivate their children,” said Williams. “We cannot depend or expect the schools to teach our child discipline or manners. They should educate our child as best they can. Also they should be looking at better ways to discipline our children.”

Williams said he applauds public schools systems which provide a “time out” for children by dealing with the reason for their disruptive behavior, through de-escalating breathing exercises.

Also school divisions are teaching bus drivers, SROs and teachers to react to negative behavior by “reaching past that behavior to identify the various feelings that cause it.”

“Once the child’s feelings are validated, the child can visit a ‘calm-down corner’ to practice breathing or relax by wearing sunglasses for a few minutes.”

School divisions have seen notable success in using these strategies, Dr. Williams said, and they should be applied across the country in urban schools settings.