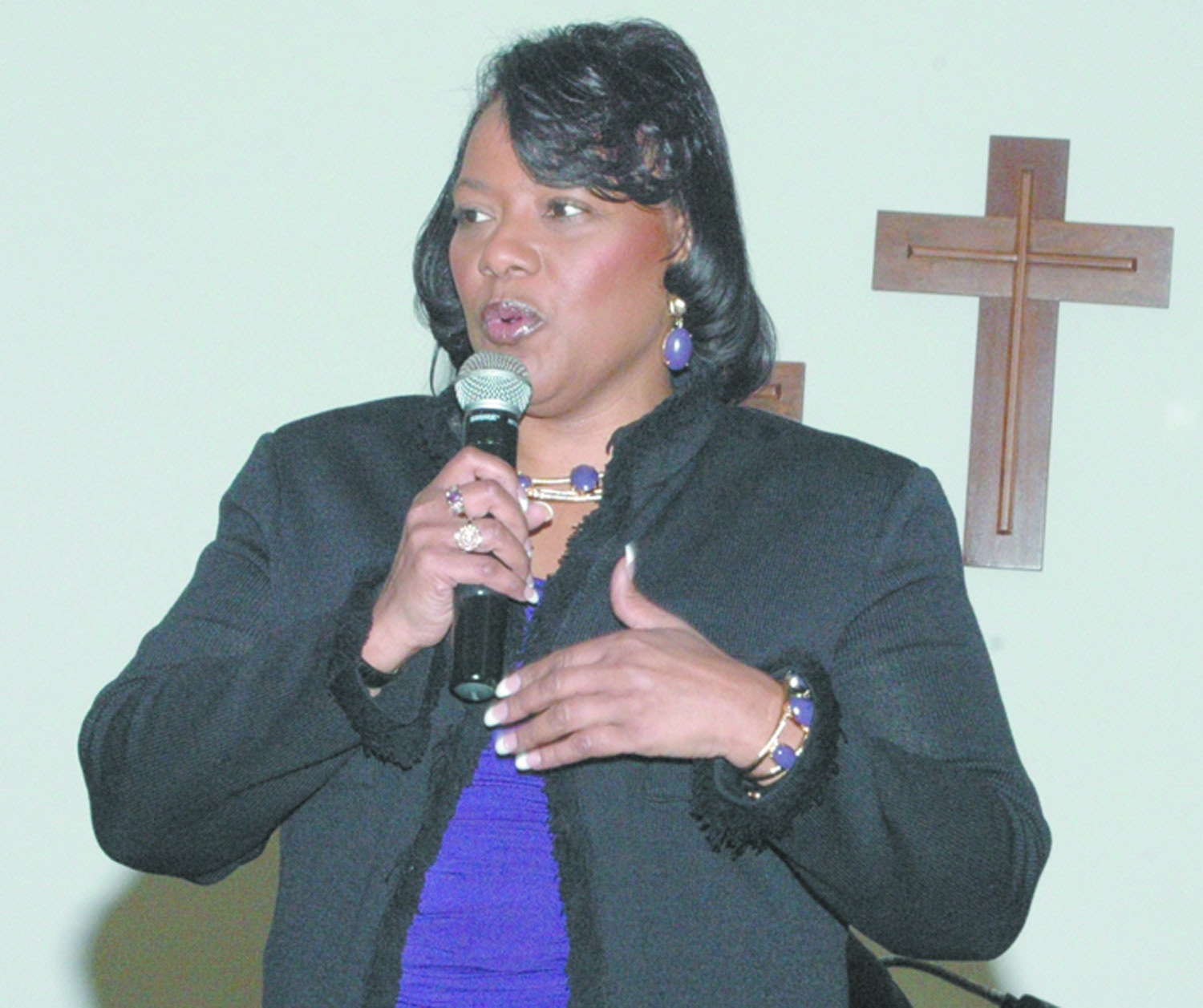 The Rev. Dr. Bernice A. King, at the close of Women’s History Month, electrified an audience of men and women at the National Press Club, challenging them to rise above bickering with people with whom they may have political and cultural disagreements and find common ground – including with President Donald Trump.

In a speech she called, “What Does the Black Lives Matter Movement and Trump Have in Common?” she focused on the reality of the anger and animus on one side and the disgust, concern and fear of Trump on the other. She said the way to move forward from to the vilification hurled from both sides is to find common ground.

“We need people to rise above it and engage in conversation, real conversation,” she advised. “We’re not hearing each other right now because we’re not listening. We’re trying to react to what is said. We have to realize that that individual (with whom we disagree) is still of value. We have to win over people. The next generation is watching us for cues.

“We must listen and hear even though we don’t want to,” she continued. “We should not be drawing the line, unfriending people on Facebook, disconnecting links on LinkedIn or dragging them on Twitter. We must resist separation in the face of difference. We must love unconditionally …”

Chief executive officer at the King Center in Atlanta, Dr. King was keynote speaker at the 7th annual Stateswoman for Justice Luncheon and Issues Forum, sponsored by the Trice Edney News Wire. The event, also in celebration of the 190th anniversary of the Black Press, drew about 200 men and women to the Press Club.

King offered Black Americans four policy and moral prescriptions they should pursue if they hope to achieve the justice and equality for which her father fought and died:
• She said the Black community must be willing to value and embrace all of the community and all aspects of justice.
• She said they and others must realize that we’re all on the same boat – that justice can’t be narrow and one-sided.
• She said there is a great need for people who’re working to forge an agency for justice and who value long-term strategic planning in that area.
• Lastly, she said the community needs people who value building the “beloved community.”