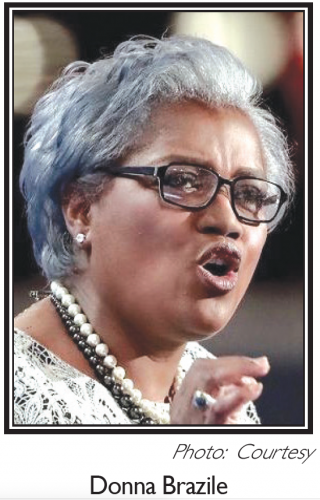 Donna Brazile says there’s no way she’s selling out and her core values will always remain intact despite her controversial decision to sign with Fox News.

“I’m not changing my values. Nobody would ever make me change my values,” Brazile told NNPA Newswire in an exclusive interview. “The only thing that will change about me is my age,” she said.

The former Democratic National Committee chairwoman, signed on as a contributor with the Fox News Channel on Monday, March 18.

Previously, Brazile had been a contributor for CNN and ABC News.

In an op-ed article on FoxNews.com, Brazile wrote that she hoped to improve the tenor of political debate. “Will I agree with my fellow commentators at Fox News? Probably not. But I will listen,” Brazile wrote.

Brazile said she would question assertions about low-income people and issues such as climate change, but would do so with “civility and respect.” Brazile added: “I will also freely admit the weaknesses in liberal arguments and the strength in conservative positions.”

Her signing with Fox comes as the network has faced growing criticism and mounting allegations of racism as hosts like Jeanine Pirro and Tucker Carlson have spewed hateful messages on air.

Fox has openly been aligned with President Donald Trump and many observers have criticized the network and the president for their alleged pro-white supremacy views.

The NNPA is a trade group that represents more than 200 Black-owned media companies operating in the United States. NNPA member publications reach more than 20 million readers in print and online every week.

“I’ve known Donna Brazile for about 40 years and, in 2016, the Democrats couldn’t have selected a better person to lead them,” said Dr. Benjamin F. Chavis, Jr., the president and CEO of the NNPA.

Brazile said that the Black Press is the “pulse of the community.”

“You are carving out stories that the mainstream [media] won’t,” she said. “You’ve been at the forefront of change, even before change was in vogue. That’s why I’ve always supported the Black Press.”

Brazile said she expected criticism when she decided to sign this week with Fox News.

“I said, I’m getting old and gray, so if I choose, can I work for John McCain?”

Brazile said the importance of the 2020 presidential election was a primary reason she decided to join Fox News.

She said it’s of great concern that the national debate has become hostile and disrespectful.

“Fox has one of the largest audiences during the evening hours and they are not just Republican voters and they’re not just Trump voters,” Brazile said.

Brazile continued: “I hope that I’m able to come across as someone reasonable and someone people can respect and I will do my very best.” 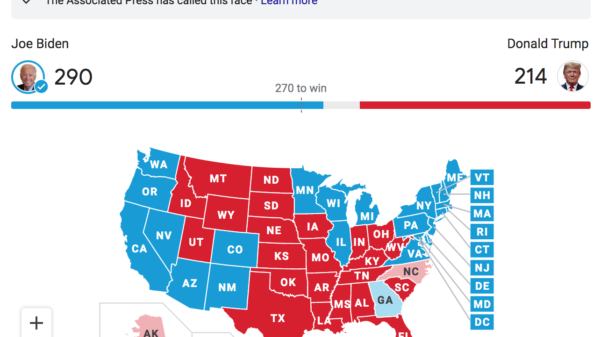