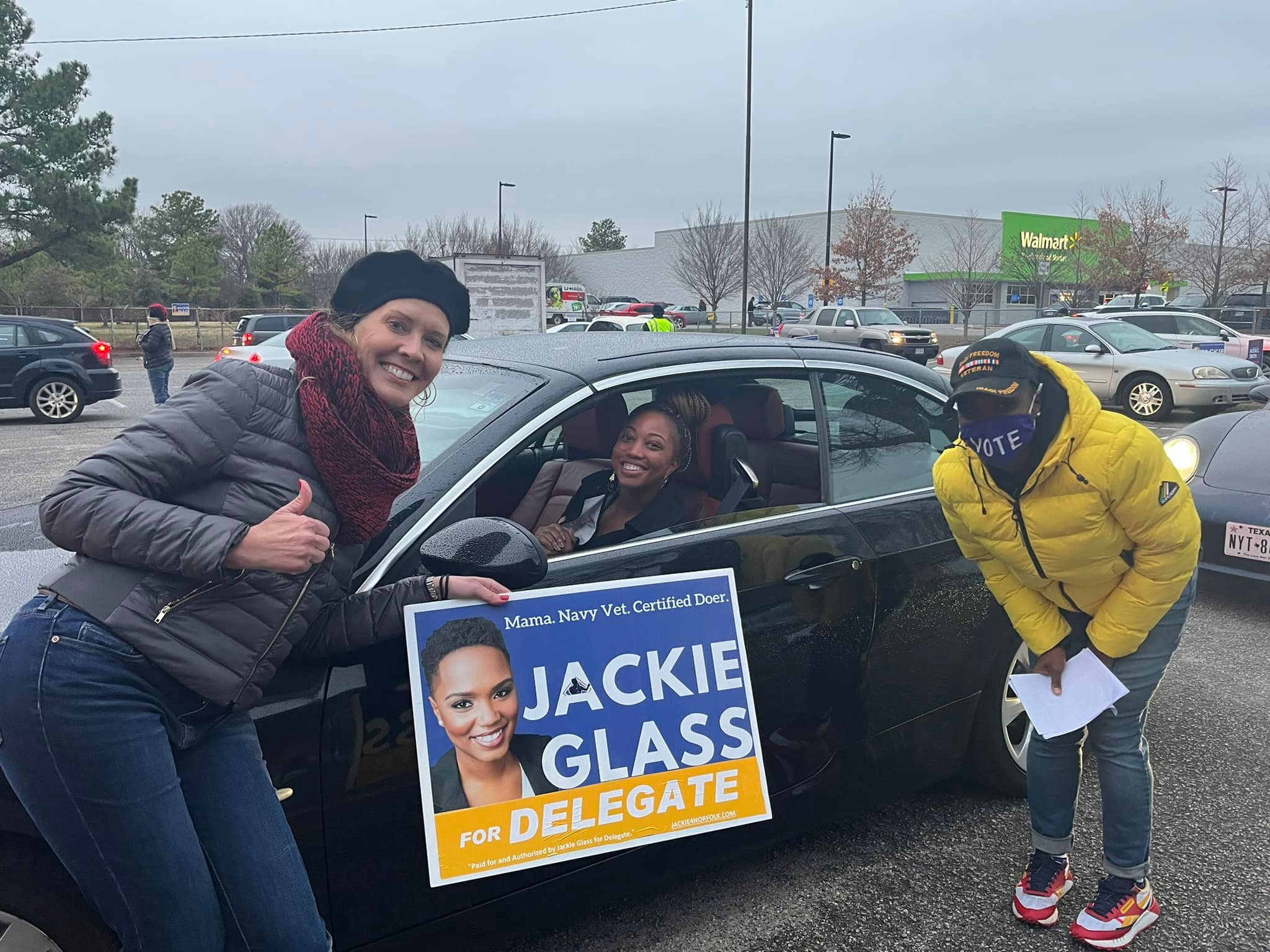 Five days after Jay Jones announced his resignation as Delegate to the 89th House District, the Democratic and Republican parties nominated their respective candidates to run for the seat to replace him.

Jackie Glass, the Democratic contender, and Republican Giovanni Dolmo will be on the ballot on January 11, the day of the special election to fill the seat.

Glass, who last month finished a close second in the race for Norfolk’s Superward 7 race, won against three challengers during a firehouse caucus hastily organized by Norfolk Democrats for December 21.

Glass, a Navy veteran, and activist in the Ballantine neighborhood of Norfolk, secured 345 votes.

Alicia E. Smith, an education lobbyist, received 124 votes, and Dante Walston, a longshoreman who recently ran for the House of Delegates, received 19 votes.

Dolmo, 39, who also is a Navy veteran, was nominated in a closed caucus held by the Republican Party.

According to Charlie Stanton, chair of the Norfolk Democrats, 488 people participated in the Democratic Party’s firehouse caucus held at the International Longshoreman’s Hall in Norfolk.

A press release from the city’s Republican Party said Dolmo is a Navy veteran and pastor who tutors local children and contributes to the Norfolk police community policing initiatives.

“I was inspired by my parents who emigrated here and became proud Americans,” said Dolmo, who is a Honduran immigrant, in a statement.

“It led me to join the military and give back to our country.”

The Democrats scrambled to organize the firehouse caucus, cutting off the deadline for people of file on Monday afternoon December 20.

Residency in the 89th District which covers a good portion of the east end of Norfolk, and a $3,000 filing fee were the two basic requirements to qualify.

But there was controversy during the brief window before the votes were taken. Party activists questioned the eligibility of Smith, who left her home in the Lindenwood section of Norfolk for personal reasons and voted in Chesapeake in November. But she said she moved back recently.

Walston, who lived in Portsmouth and ran for city council and a House seat last year, said he had moved to Norfolk’s Broadcreek section to be a caregiver to his mother.

The Democrats are expected to win the seat. Jones secured over 80% of the vote in last month’s general election.

Jones delivered a big holiday surprise on December 16 when he announced on social media he was resigning from his seat representing Norfolk’s 89th House District.

At 32, he is one of the youngest members of the Hampton Roads delegation to the legislature and had just won a second term to the House. He had sought to elevate his political fortunes by running for Attorney General during the spring’s primary in May but failed.

Jones explained his decision was based on new family priorities around the child he and his wife Mavis are expecting, and not politics. He endorsed Smith as his replacement.

Glass is a native of Chicago Height, Illinois, and moved to Norfolk eight years ago with her family which includes two children.

She said leading up to the January 11 election, she will be engaging the voters, introducing herself and her policy interests “and getting people to understand why they should participate in the process.”

She said she understood the low turnout during the December 21 firehouse caucus, but “I hope for a larger and more enthusiastic turnout come election day.”

Glass said if she wins, she will be behind the curve so far, as legislative business. The deadline for filing bills has passed. But she said she will support proposed legislation she believes will best benefit the residents of the 89th District.

Glass said that legislation related to providing childcare, education public safety, equity in the development of affordable housing, and flooding in the city would be among her priorities.