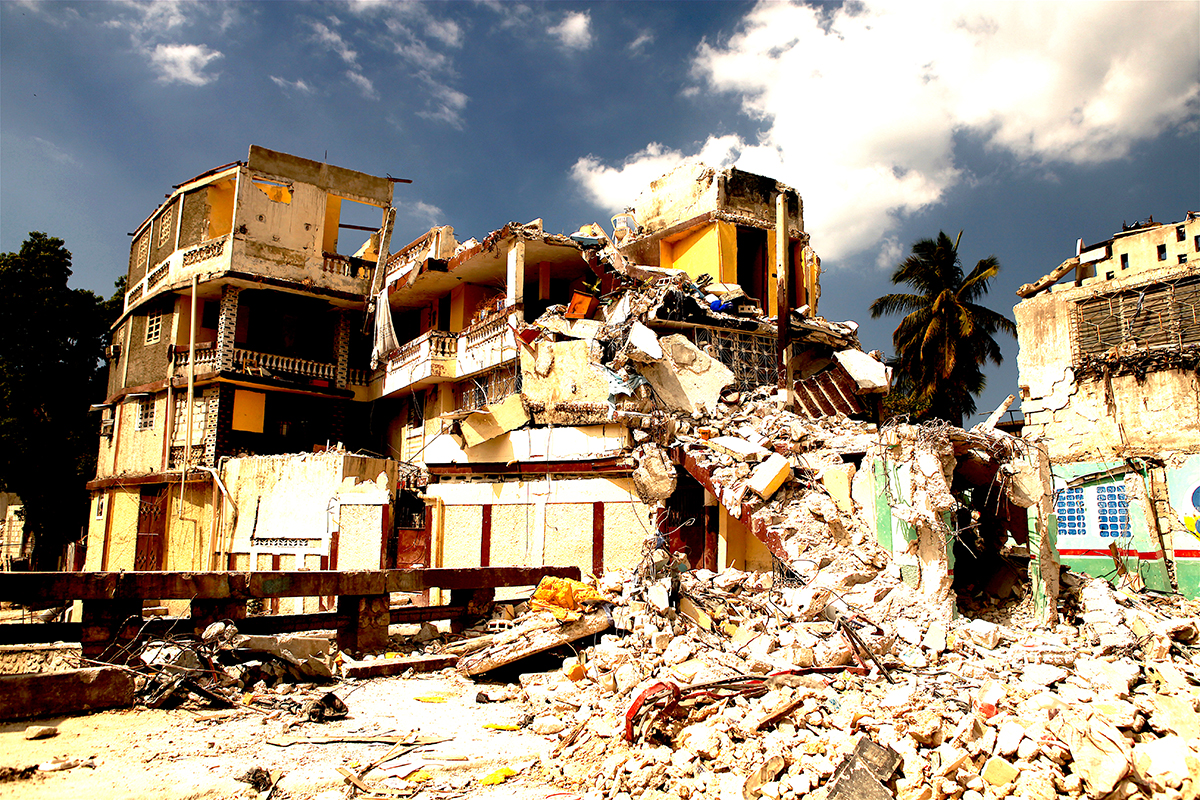 Destroyed building after earthquake in Haiti

Days after a destructive 7.2 magnitude earthquake hit the island nation of Haiti, the official death toll and wreckage continue to mount. On Monday, Aug. 16, The National Hurricane Center issued a most unwelcomed forecast as Tropical Storm Grace appeared bound to hit nearby Dominican Republic and Cuba, with sights on Haiti.

Weather forecasters warned that large parts of Haiti could see 10 inches of rain, leading to flooding and deadly mudslides because of the earthquake.

At least 1,300 people (and counting) have died from the earthquake that struck in western Haiti on Saturday, August 14.

Multi-story buildings immediately collapsed while rescuers pulled many survivors from under heaps of rubble in the country’s southern peninsula.

“In what is already a challenging time for the people of Haiti, I am saddened by the devastating earthquake that occurred in Saint-Louis du Sud, Haiti,” President Joe Biden said in a statement.

“We send our deepest condolences to all those who lost a loved one or saw their homes and businesses destroyed. I have authorized an immediate US response and named USAID Administrator Samantha Power as the senior US official to coordinate this effort.”

Through USAID, President Biden said America supports efforts to assess the damage and assist efforts to recover those injured and those who must now rebuild.

Haiti has suffered near-unprecedented damage from previous earthquakes, hurricanes, and other natural disasters in recent years.

Earlier this summer, Haitian President Jovenel Moïse was assassinated in his home.

The president’s murder touched off a wild manhunt for his assassins and threw the country into political chaos.

Many in the nation suffer from poverty, and reportedly gang violence is rampant.

The earthquake struck near the town of Petit Trou de Nippes, which isn’t far from the nation’s capital, Port-au-Prince.

The cities of Les Cayes and Jeremie bore the brunt of the quake’s fury.

Scientists reportedly noted that the quake possessed a seven-mile depth and residents 200 miles away in Jamaica felt the trembles.

The 7.2 magnitude topped the devastating 2010 quake in Haiti that measured 7.0.

“The United States remains a close and enduring friend to the people of Haiti, and we will be there in the aftermath of this tragedy,” President Biden declared.