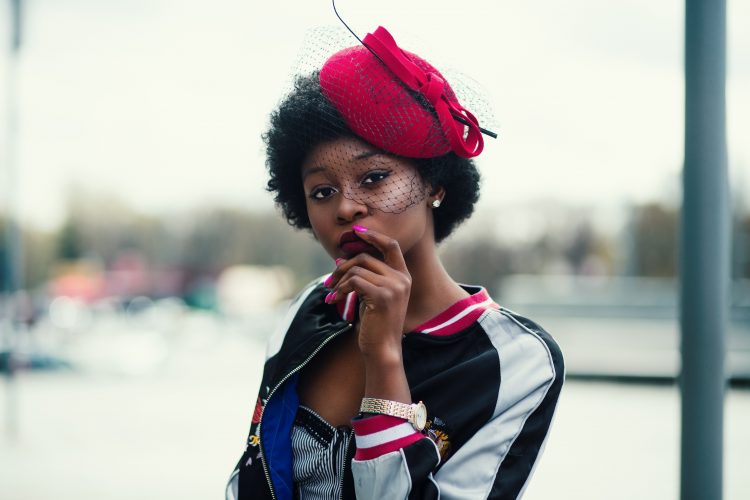 A colloquialism no doubt having roots in African-American culture, the Urban Dictionary defines “hattitude” as “the ability to pull off wearing any type of hat without looking ridiculous.” It is a colorful idiom central to the theme of Regina Taylor’s musical “Crowns,” currently in production at the Virginia Stage Company. The cast wears an array of hats aptly defined as regal crowns adorning irrepressible spirits.

The coming of age story of feisty 17-year-old Yolanda, a Brooklynite sent South after the murder of her brother, “Crowns” won three Helen Hayes Awards, “Best Musical,” “Best Production” and “Best Director” for Taylor. The playwright adapted the story from a book by journalist Craig Marberry and photographer Michael Cunningham, the latter having embarked on a sojourn to capture images of African-American women wearing elaborately designed hats.

Yolanda is taken in by her grandmother Mother Shaw, who along with four of her friends appear to have some 1,000 hats amongst them. Many of the hats used in the show were donated for the production by local philanthropist-entrepreneur Donna Speller Turner, each having its own unique story, like the crowns that become vibrant characters in the show.

The spirited “Crowns” cast features a dazzling ensemble of six beautiful Black woman, accessorized by one man who assumes different roles. Norfolk State University sophomore Ja’Keetrius Woods appears as “Yolanda” with T’Keyah Crystal Keymah as “Mother Shaw.” Additional cast members include Meredith Noel as “Jeanette,” Sheila Lee as “Mabel,” Amma Osei as “Velma,” Nicole C. Julien as “Wanda,” and Derrick Cobey as the “Man.” All have conspicuous talents, each having their moments, alternately having you laugh with abandon or tapping your feet to powerful, inspirational vocals.

Woods is completely endearing, commanding a persona at once fragile and resolute, yet ultimately won over by the cultural lustre of hattitude. Ever the consummate, endearing actress, Keymah renders a lovable, animated grandmother whose embrace you’d long for, longing later to take her out dancing. At first glance, Noel dazzles you as sparkling eye candy, before you quickly realize her striking good looks are but a crown for the great depth of talent that roars within. Simply put, the diminutive Lee too is possessive of giant talent, a gift for tickling your funny bone while you willingly surrender. Statuesque and commanding, Osei creates a “Velma” who seems very familiar, an old acquaintance whose wisdom you wish you had paid more attention. As “Wanda,” Julien also endears. She is vivacious, affable, delightful. Though the myriad characters that Cobey renders are chiefly fleeting, each is a testament to his own conspicuous talent.

Director Raelle Myrick-Hodges has assembled a winning cast and has staged a joyful gospel musical where the hats, against the backdrop of Josafath Reynoso’s striking stained-glass window set, dance about like elements of an art mobile, crowning performers who beckon the assembled to discover their own spiritual crowns.