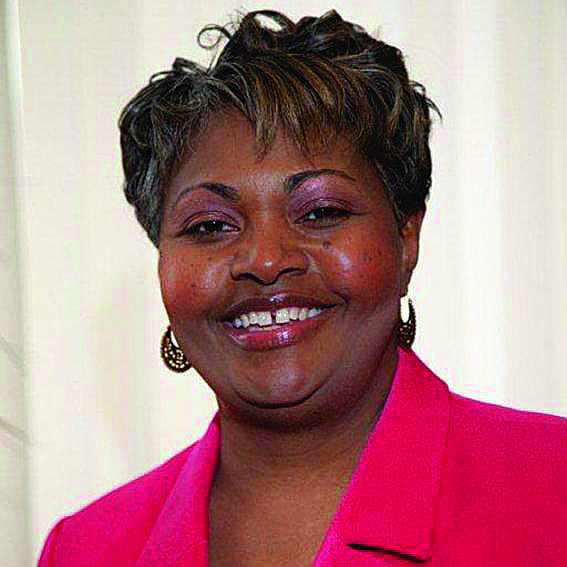 Boone is a native of Suffolk who spent most of her career in this region. She was chief academic officer for NPS before leaving for Worcester in 2009 where she distinguished herself in one of the most demographically diverse divisions in that state.

During her tenure there, five people sat in the chair of superintendent of the NPS. Two were hired full time, and three times, the division hired an interim superintendent when they were searching for replacements.
Dr. Boone replaced Dr. Samuel King, who left after two years amid a steady exit of principals and other key administrative staff members; schools losing accreditation; and a failure to spend funds for poor minority students who are falling behind in key academic areas.

Dr. Boone, still getting settled into her new job, addressed many of the concerns and challenges she faces in an exclusive interview with the New Journal and Guide.
Boone asserted her views on how NPS can get on course and regain the confidence of her main stakeholders: worried parents, students and civic leaders.

As Norfolk schools’ fifth African-American superintendent and its first female superintendent, her top challenge, she said, is remedying the effects of constant change the district has experienced at the top of the leadership ladder.

“The most prominent challenge is (establishing) the sense of stability because there have been so many transitions in this role of superintendent and throughout the district … so far as principals and central office,” she said. “I must assure folk … (that) there is a true sense of stability. Not just making changes because I can.

“Another is how do I help reestablish trust and confidence in our own employees,” she said. “Because of the things that have happened … the morale has been beat up … our folks have been beaten up by the truth which has been reported in the media, the innuendo which has been reported … and what they dealt with on a daily basis.
“Once they (NPS teachers and staff) have wrapped their arms around something…or somebody there is something new,” she said, “in terms of leadership and how the district addresses performance and policy issues facing the district.”

Boone said there are some things that are tough for folks to hear. “Despite people trying to work hard in a way that the central office had guided them … they have not gotten the results and they are asking ‘why have we not gotten better?
“We have great people here. But the right recipe has not worked lately,” she said, “We have to find the right recipe.”

She explained, “We’ve got so much stuff on our plate … Let’s do reading this way … no let’s do it this way. We are so wide, we are not building any roots. My goal is to become a mile deep and an inch wide.
”We need to create some alignment so that everything is feeding into a certain purpose.”

Boone says there is no silver bullet in education. “Education is a very complicated field … there are a lot of moving parts. Making sense of the right leadership in buildings and instructional focus and giving people (NPS school personnel) a voice and making sure they understand why we are asking them to understand what they are doing and supporting them.”

In explaining her leadership and decision making style, Boone said she listens “to a lot of people … teachers and principals are among them.”
“I will not hit a home run for everybody but will be able to understand why we have landed where we have landed and why we made that happen.”

During her tenure in Worcester Public Schools, Dr. Boone chalked up an impressive list of accomplishments, a feat she hopes to repeat in Norfolk:
• Successful turnaround of underperforming schools in Worcester
• Development of a spending plan and balanced budget during difficult economic times that were recognized by the Meritorious Budget Award
• Reduction in the dropout rate to 2.4 percent and within one percentage point of the state’s rate
• Implementation of wraparound services to meet the needs of students and families
And more.

Upon arriving in Norfolk, the first major policy decision Dr. Boone encountered was the NPS school board’s “Equity Policy.” This policy was designed to direct funding and resources to the students and schools most in need of support to overcome performance and personnel issues.
Norfolk has a majority-minority student population, 66 percent qualify for free and reduced lunch. Accreditation for all 44 schools and the “four year’ graduation rate need attention. The city’s graduation rate is one of the lowest among major cities, a condition Boone hopes to elevate.

“From my perspective the equity policy is a statement of belief that the board and the district recognize that educational attainment and success do not come in the same neat package in the same school and for each child,” she said.

“If we use that as a core assumption and belief, then how does it work … how do we ensure students get something else to support them,” she continued. “That applies not only for underachievers … but our gifted students … are we doing enough for them?”
“This (policy) has codified the belief of this board and this district that we will be working to improving those inequitable conditions,” she said.

Boone said she has spent a large part of her career in the urban schools settings. Norfolk is one of the largest in Virginia. She said NPS has a lot in common with other large urban schools divisions.
“(Urban) is a designation of community,” she said. “It deals with higher density housing, strong public transportation and a lot of energy so far as business and employment. Urban education is not reflective of how students learn but where they live.”

Boone identified some common characteristics of so-called urban districts. “Usually there is a high level of poverty, the opportunity gaps are very evident. The other thing is low achieving schools … urban districts tend to have buildings and facilities that may be substandard. And many urban districts have a great deal of diversity … which is not a negative but (challenging) in terms of social, economic status, race, language and ethnicity.
Worcester Public Schools had over 80 different languages spoken by students, she said, because it was a national resettlement center of immigrants from overseas in times of crisis.

The impact of poverty and the growing number of single-parented families has been identified as a factor to define the reason for performance gaps between Black and White students.

Boone said she takes issue with how it (poverty) is used to measure students’ success and how it is characterized.
“Too often folks want the schools to be the captive audience to fix it all. But I say to community leaders…why do we show up except during elections. Where are we during difficult times when we need to engage parents?

“I make it clear to the school board … my key stakeholders are students, parents and staff. We have to figure out how to reach parents. If we could figure that out, I could go on Oprah and make lots of money to fix it.”