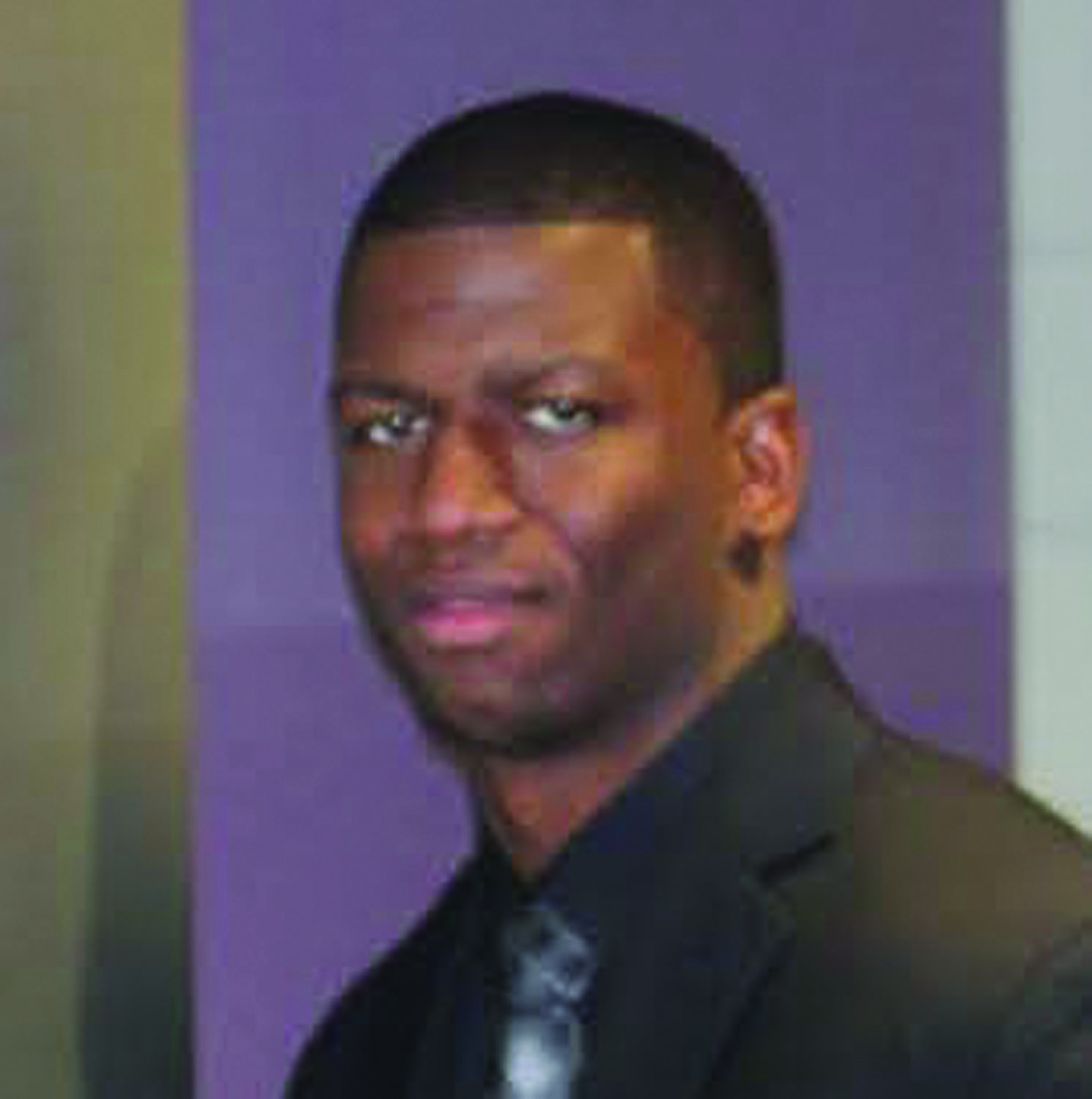 When Francis Kanneh launched a recruiting service for college-bound athletes on his laptop in his dorm room at Langston University in Oklahoma two years ago, he went from having no clients to about 10,000 clients today.

Kanneh said his clients now play sports at many universities including Norfolk State, Virginia State, and Virginia Union. But here’s the real story. Kanneh is part of a boom. In the past two decades, the number of minority-owned businesses nearly doubled, according to research from the Kauffman Foundation. This means that since 1996, minorities launched 40 percent of all businesses. In other words, African-American, Latino, or Asian business owners launched 40 percent of all new businesses compared to 23 percent about two decades ago.

Kanneh’s new business is booming. But he is not the only one who is opening a new business in troubling times. Black unemployment, for example, currently stands at 7.5 percent compared to 3.7 percent for whites, according to a May 2017 report from the Bureau of Labor Statistics. The current unemployment rate for Asians is 3.6 percent, and 5.2 percent for Hispanics.

And here’s more troubling news: Black college grads pick up their bachelor’s degree at commencement but owe $7,400 more on average than recent white college grads. Blacks owe $23,400 compared to $16,000 for recent white grads, according to an October 2016 report by the Brookings Institution. Black college graduates hold nearly $53,000 in student loan debt four years after graduation – almost twice as much as their white counterparts.

But an increasing number of minority entrepreneurs are not focusing on high unemployment rates or high tuition-payback loans. Instead, many new minority startups are launched by people like Kanneh, who pulled out his laptop and launched UnderRecruited Preps in his dorm room with zero clients about two years ago.

“I started in my dorm room,” Kanneh said. “I started it by just teaching myself how to do web design and how to code. We’ve sent 903 student athletes to college with the average scholarship being $25,000 per year.

That’s well over $20,000,000 the young student athletes will be saving,” Kanneh said in a recent phone interview with the New Journal and Guide.

“We have many players from Virginia in the system,” said Kanneh, who launched his new business because he had problems connecting with coaches and recruiters when he was a high-school-student-athlete trying to enroll in college. Kanneh landed a spot as a quarterback with Southern University in Baton Rouge, La. But landing a spot on a college football team was hard, he said. And that is why he left Southern University, accepted a sports scholarship at Langston University in Oklahoma, abandoned it after six months but soon launched a new sports recruiting business in his dorm room at Langston University.

“My goal is to get these kids athletic scholarships,” said Kanneh who transferred from Southern University to play at Langston University in Oklahoma. Later, he transferred to Mankato State University in Minnesota where he earned his undergrad degree two years ago.

“I do this full time,” Kanneh said. “I rarely sleep. I just work social media, make phone calls, and send out emails. My day starts at 4 a.m. or 5 a.m. I check my emails from prospects. Next, I work on social media. For example, I might send out a post that says the ACT tests are coming up. That’s the kind of stuff I do. I send out reminders and other crucial information about getting into college. I’ve gotten great feedback in the past two years.”

Kanneh said he thinks his business is growing because he understands the market. “I’ve never had a bad experience with a customer,” he said. His prices range from $29.99 a month to $99.99 a year for a plantinum member. “Some companies charge over $1,000 a year for the services I offer,” he said.

Kanneh said he keeps his new business afloat by working from sun-up to sun-down. “But 99 percent of my platinum members go off to play college sports. The most impressive letters I have received to date are from their parents. They tell me they have used other recruiting sites, and paid over $1000, but they tell me, ‘Now my son is going to college because of you.’ It made me feel I had achieved my goal,” he said.

Kanneh said three keys lead a start-up entrepreneur to success. First, size up your competition. Second, invent new products and services that others are not offering. Third, hang in there. Kanneh said.

“I didn’t have a clue in high school about what I was doing when I was trying to get a scholarship to play football in college. I created my website and my business to help young athletes make their dreams come true.”

Statistics show Kanneh is not the only minority who launched a promising new business in the past two decades. While the unemployment rate for people of color is high. Blacks owe more after they earn a college degree. And new entrepreneurs often work around the clock to succeed. The secret is to ride out the good and bad. In Richmond, Mary D. Lee is preparing to sell her sweet potato pies at Wal-Mart Inc. because Lee recently attended a national open-call pitch event at the global retailer’s headquarters in Arkansas. There she met with Wal-Mart Inc. buyers and was able to convince them that her pie would fly off the shelves, she said.

“We still have to do details,” Lee said, in a recent interview in The Richmond Times-Dispatch. “They are going to call us and connect us with a manufacturer. … It’s going to be in all (Wal-Mart Inc.) stores. It’s going to be a smaller pie, and it’s going to be exclusive.”

Lee works full time as a social worker and has a home-based business called Mary D. Lee Kitchen in which she makes and sells sweet potato pies that are based on her late mother’s recipe. Lee sells the pies locally for $10 each.

Like many new entrepreneurs, Lee is still tinkering with the details. “It won’t be in the store tomorrow,” said Lee, who plans to be hands-on in making sure the pies taste like the ones she makes at home.

“Quality is very important with Walmart,” Lee said. “I was very particular about that. There will be testing and tasting before it hits the market.”

The key to success is to zero in on the dues that minority entrepreneurs like Kanneh and Lee have paid so far. While Kanneh taught himself code, launched his own website in his dorm room, and works 15-20 hours a day. Lee said she used her own mother’s recipe to launch her new business. She holds down a full-time job as a social worker. And she paid her own way to the Walmart competition.

Going to Walmart to compete was a dream come true, Lee said.

“They don’t mind looking at people like myself who have a small company. The message I want to say to people who are entrepreneurs is, ‘Don’t be afraid to do what I did,’ ” she said.

One final note. Instead of focusing on the dismal unemployment and troubling colleg-loan payback numbers, focus instead on the historic number of minority entrepreneurs who have launched businesses within the past two decades. Or consider one more success story. In South Carolina, Gabrielle Goodwin, age 10, and her mother. Rozalynn Goodwin recently launched a new product that tames braids and twists. The new product keeps a girl’s hairbows in place. Specifically, the mother and daughter invented a clip-on device that has already raised $28,000 in a Kickstarter campaign. Their new double-snap clip invention is available in 48 states.

“My mommy and I solved the age-old problem,” said Gabrielle Goodwin, a fifth-grade student, describing her new product in a recent edition of The Atlanta Journal and Constitution. “We have never lost a bow.”