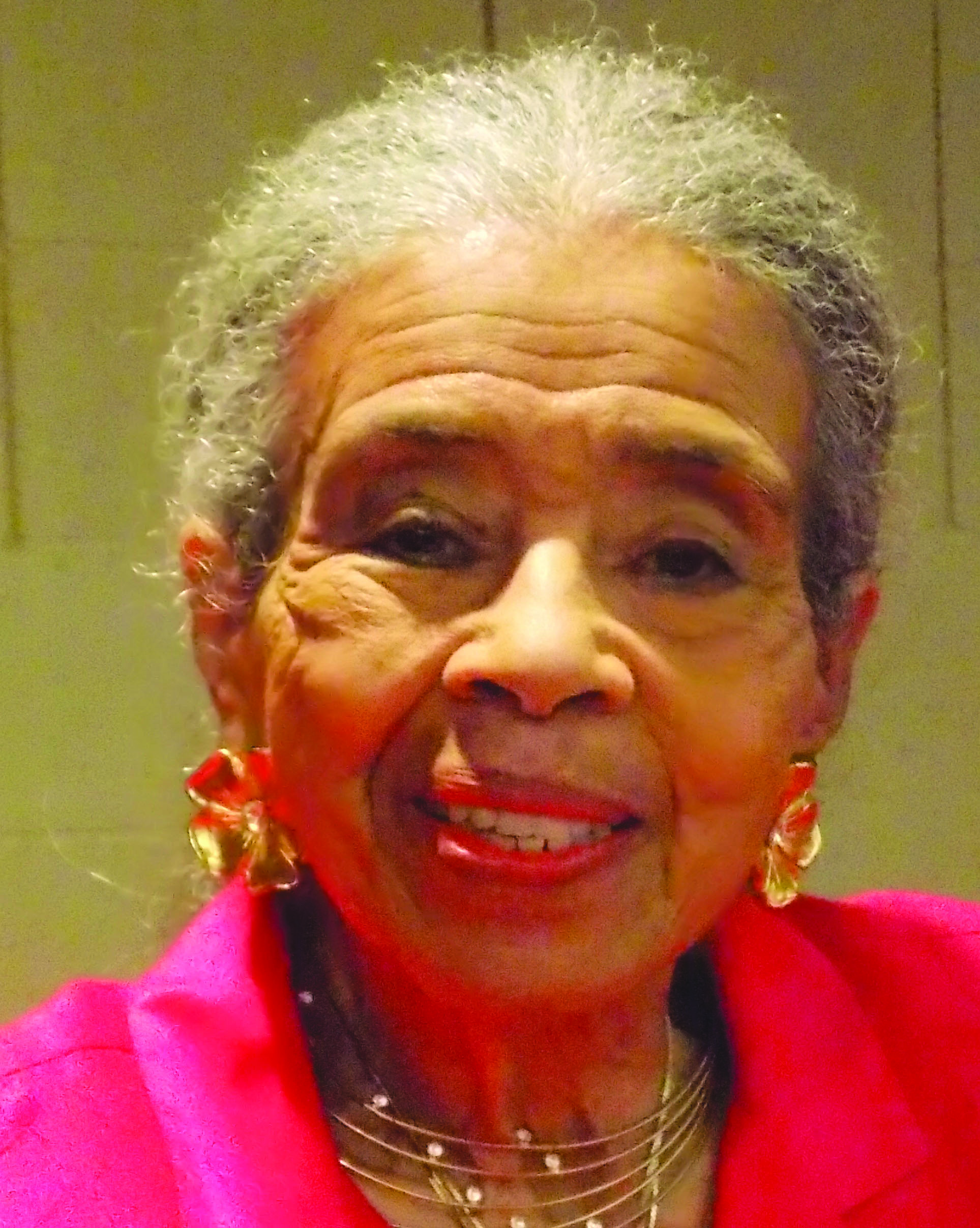 Corinne Davis Jones, one of Virginia’s truly unforgettable characters, celebrated her 90th birthday last Saturday at Norfolk’s Grace Episcopal Church in a community hall named in honor of her late husband Hilary Jones Jr., the first African-American member of the Norfolk School Board. A writer once described Corinne as “lightning in a bottle,” but she’s that and so much more.

Her three sons Hilary the III, Jerrauld and Darryl hosted an unforgettable celebration of an unforgettable lady. She spent a lifetime mothering them and many others. “This is one of life’s mountaintop moments,” she conveyed with a smile that lit up the room. Her life has been full of mountaintop moments. Most members of the General Assembly simply call her Mother Jones, including former governors and current Virginia U.S. Senators Mark Warner and Tim Kaine. She knows everyone and has mothered thousands. After the hall was packed with family, friends and admirers, her son Jerrauld welcomed the guests and spoke briefly about his mother. Kenneth Cooper Alexander, Norfolk’s first African-American mayor, even paid a surprise visit to the party. Corinne calls him her “number four son” and he likes the honorary title. “She is a special, special person. I’m proud to know Mother Jones and I’m proud to be called her son,” Alexander told the audience of over 100.

When Alexander was elected, Mother Jones told her son Jerrauld, a Circuit Court judge, “I’m so grateful I’ve lived long enough to vote for a Black mayor.” She didn’t just vote for Alexander by absentee ballot either. Mother Jones insisted on going to the polls in person to vote. The Honorable Jerrauld C. Jones served as a very capable master of ceremonies. He’s done this before.

When 2004 presidential candidate John Kerry spoke at Oscar Smith High School, Jerrauld warmed up the crowd and introduced the candidate. Despite an hour-plus delay on Kerry’s arrival and Jerrauld’s sore throat, he kept the crowd in the palm of his hand at that event and at this one. Two of Corinne’s classmates from Virginia State sat with her at the head table: Flora D. Crittenden and Dr. Helen Marshall Caldwell. Judge Jones and Mayor Alexander weren’t the only former General Assembly members in the room. Flora Crittenden also once served.

Paul L. Pruden, who admired Corinne from their days at Virginia State, was also in the room. Her good friends at the church were there, including Mattie Baynard, Ann Allen, Marian Edmonds and many others. Cecelia Tucker, Old Dominion University’s director of community relations, gave the honoree a big hug. Everyone was glad to see Mother Jones. Jerrauld’s roommate from Princeton, Charles Davis, drove down from Washington to be at the ceremony. “Having always been treated as a family member, it would have been inexcusable not to be here,” he explained.

The current rector of Grace Episcopal Father Harold Cobb and former rector of Grace Episcopal Father Joseph N. Green Jr. provided prayers and remarks throughout the program. Father Green is a former Norfolk vice mayor. You don’t have to be a linguist to know she’s “not from around these parts.” Born Corinne Amelia Davis, she is the daughter of Boston businessman Bertie Whitley Horsford Davis and his wife Corinne Wilson Davis. Her father was a 1917 graduate of Harvard. W.E.B. DuBois was a close family friend and a frequent visitor in the Davis home.

She met Dr. Martin Luther King Jr. and she was good friends with local civil rights leader Dr. Hugo Owens. Corinne grew up in a family trading thoughts, ideas and possibilities. Learning was treasured, promises were kept, and service to others was expected. Today she is the matriarch of Norfolk’s accomplished Jones family. For the last fifty years and more, no one has engineered more local roadways than the Joneses. They’ve quietly level mountains, bridged canyons, and brought people together. They are a family of firsts.

If you want to see sparks of joy flash from her brown eyes, just mention her three sons. Mention her three grandchildren or four great grandchildren and you’ll see a meteor shower.
In 1961, Hilary the III and Jerrauld integrated Ingleside Elementary School. In 1968, Jerrauld integrated Virginia Episcopal School. He later graduated from Princeton with honors and Washington and Lee Law School.

In 1969, Hilary the III, known as Buzzy to family and friends, was the first African-American graduate of Lake Taylor High School. According to his high school football coach Bert Harrell, “Buzzy could knock your socks off.” Hilary the III was team captain and a first team All-Tidewater lineman at Lake Taylor and later graduated from Hampton Institute. In 1980, Jerrauld was the first African-American to clerk for the Virginia Supreme Court. After a long career in the General Assembly, he was named Virginia’s Director of Juvenile Justice. He has served as a Juvenile Court and Circuit Court judge. As for Darryl, he is also a Hampton graduate and the family’s top musician and political analyst.

“Corinne likes to brag … as a mother she has every right to brag,” explained Father Green with a chuckle. Corrine’s three sons have a simple mantra to explain their success – “Everybody doesn’t have Corinne Jones for a mother.” With that gift comes great responsibility – “To whom much is given, much is expected.” Now don’t let the sweet smile and kind eyes fool you. She may have a heart of gold, but she also has a will of iron. She has long been a tireless worker for social justice and human dignity. Believe me, she can quote both chapter and verse.

The late Celestyne Diggs Porter, a dear friend of Corinne, once cautioned me, “If you’re standing on the wrong side of right, she’s a buzz saw you might not want to walk into.” The image and accomplishments of Corinne D. Jones speak for themselves. She is that rare combination of strength, beauty and selflessness. In 2000, Tidewater Community College recognized her lifetime of achievement with the Martin Luther King Jr. Award. At the presentation, her three proud sons stood behind her as she has always stood behind them.

“Thank you for celebrating nine decades in the life of Corinne Jones,” Father Harold Cobb commented in the benediction. “If you’re wondering about the longevity of Grace Episcopal Church members, it’s in the water here,” Cobb added. As the guests filed out, they picked up water bottles with Corinne’s picture and the words “Thanks for sharing this milestone with us. Mrs. Corinne D. Jones 90th Birthday.”

The bottled water was Darryl’s idea. His wife Renee decorated the room. The birthday celebration came from her three sons and brought joy to Mother Jones and the rest of her family and friends. “Corinne sure raised those boys right,” said a guest as she walked into the parking lot. Yes, she certainly did.