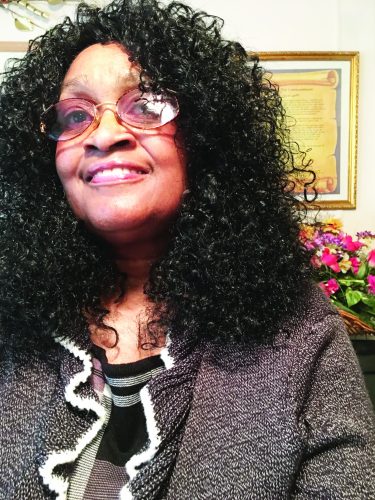 Many years have passed since the signing of the 1964 Civil Rights Act by President Johnson which for many years has really been laid aside from that Era of Time. However, opponents of structural discrimination hold that states have an obligation to bring equal life changes for all. It is a duty that entails proactive compensation through affirmative action by many institutions or administrations for the unequal treatment that Black Americans have experienced in the past, present and, hopefully not, in the future of this nation.

I continue to show within publications how the Veterans Administration (VA) neglects to offer the affordable obligations and services to Veterans, and it becomes a terrible disgrace when you see and experience the lives of Disabled American Veterans. These veterans have gone the last mile of the way to acquire their individual VA Benefits or services with denial after denials. In addition, they find themselves in a web of bureaucracy of entitlements to such claims being withheld. This is due to the lack of skillful examiners, workers, etc., or should I say, those who will not take the necessary time to render the claims or services, as dictated by the application procedures for awards. I clearly define them as the DAV’s 40lK without penalties. And, if you’re not aware, thousands of workers have been fired since the signing of the Law by President Trump on June 24, 2017, which makes the Veterans Administration more accountable to all Veterans.

I often wonder while researching and reading articles in regards to the Veterans Administration, what the heck has gone wrong when so many are caught up in a system that has caused constant suffering without cause. You will see in this Disabled American Veterans’ story below that it has been lasting for 39 years for him, leaving you to wonder how and why has this happened to our American Best in these United States of America.

Yes, there are multiples of those who have made advancements within the various military branches, and history will render clarity to that, but it doesn’t excuse those stories that are never told.

I entered the United States Army on October 30, 1979, until released on an Honorable Medical Discharge on May 30, 1980. And I find it hard to believe how I experienced detrimental trauma from a physical assault by a sergeant in charge of my unit. This happened while I was engaged in AIT Training at Fort Benning, Columbus, Georgia, that ended my military career with an Honorable Medical Discharge.

I can’t believe to this day how wrong I was treated without cause, for simply asking a question which had to do with the boots I had to wear that were rendering me discomfort. A sergeant, in charge, picked me up off the floor by my neck and violently slammed my back into a wall in the housing unit. This was done in the presence of three or more soldiers who reported the sergeant. Afterwards, I was taken to Martin Army Community Hospital at Fort Benning. There, I received only dental x-rays and observation. I was given two pain pills to take for the pain and told that I had no broken bones, upon arrival.

Immediately, upon release and returning to my unit, I filed a grievance to seek a JAG (military lawyer). While enduring this agony and dealing with the assault, I started to experience severe abdominal pain on a frequent basis. Another sergeant and others at the unit tried to convince me that the sergeant in charge at that encounter simply lost his temper due to his high blood pressure, and I shouldn’t take out any warrants for his arrest, or legal actions. I made it clear that my request to see a JAG was being denied and how I was stripped of my weapon and other training gear; simply put, I was removed from training.

I suffered severe neck, back, and abdominal pains and emotionally shock which has contributed to Post Traumatic Stress Disorder, Un-employability, Sleep Depravation/Sleep Apnea, and continuous pain in my Abdomen, including other ailments from that encounter.

I wrote a letter to the President of these United States, who was at that time, President Jimmy Carter, expressing what happened to me and about the way I was being placed in a hostage-like status at Ft. Benning, Georgia. I was being held in captivity in the barracks with (4) quads. I felt very depressed and suffered great trauma and severe pain knowing that my Army career was about to be cut short as a result of malady. I was finally granted my grievance request to see a JAG and I obtained an officer of law to assist me, as a private attorney, for the injuries as a result of the assault.

My letter to the White House prompted an investigation, and a colonel showed up at the unit within two days. He assured me that the matter would be fully investigated and that the sergeant would be retiring soon. I met with the Board at the unit and the JAG, where I was asked if I would accept a training discharge; this I rejected. Later, as a result of all that happened, I was granted a Medical Honorable Discharge, with severe physical disabilities, as previously mentioned above.

As a result of the entire unfortunate circumstances, I have suffered to this day, for 39 years, with ailments that I didn’t have prior to enlisting in the U. S. Army as a soldier who desired to serve my country. However, I have continued to live with the horrible ailments and trauma, finding it hard to seek out employment, having to constantly deal with severe depression, flashbacks, nightmares, anxiety, mood swings, unreasonable anger, substance abuse of trying to drown out the pain of how I was treated as a United States Army Soldier.

In addition, I feel that I will never recover from that horrible experience of being assaulted by a sergeant who should have known how to control his anger when interacting in his position in the United States Army.

I am still trying to survive the multiple times that I have filed for my VA Benefits and receiving a denial after denial, even with appeals. However, after meeting with Dr. Vivian Anderson, I have to say that I have been able to understand why I have experienced all that you have read, in the content of my own story, as it relates to servicing my country as a United State Soldier in the Army, who has been left with unnecessary scars. I have seen what Dr. Anderson has done for other Disabled American Veterans and that has rendered me answers to my prayers of being denied the appropriate VA Benefits that should have been offered when I received a Medical Honorable Discharge.

Thank you Dr. Anderson, because you have rendered answers to prayers to begin the remainder of my life with the appropriate VA Benefits that will make a change in my life.

You are one of a kind with a passion that has rendered hope to not only me, but all those Disabled American Veterans that I see you rendering services. You have made the Veterans Administration listen to you in your serving those who have been lost in a system that has forgotten their own.

“WHAT SAY YOU AMERICA?”