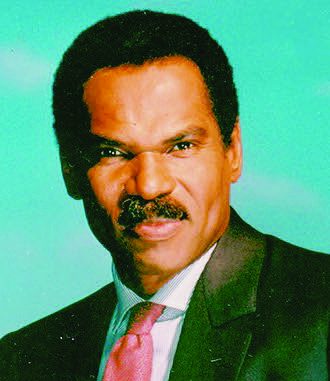 Washington, D.C.
On November 30, 1987, Reginald Francis Lewis negotiated the $985 million leveraged buyout of Beatrice International Foods, which at that time, was the largest offshore transaction in the United States. The Wall Street move was celebrated around the world as the deal that made Lewis the first-ever African-American billionaire business tycoon. Michael Milken was his investment banker, and the company made the Fortune 500.

To mark the 30th anniversary of the historic deal, Rep. Elijah Cummings of Baltimore will be placing the financial transaction milestone in the United States Congressional Record in honor of Lewis’s work that changed the face of American business forever, opening the doors for more African-Americans, women and minorities, to play in the billion-dollar-business league.

The event also marked the founding of TLC Beatrice International Holdings, Inc., the first African-American-owned enterprise to break through the billion-dollar mark when it grossed $1.8 billion in sales on its first year.

Very recently, President Barack Obama said to Lewis’s daughter Leslie Lewis, “Your father had the work ethic, the skills and the knowhow. But beyond that, he had the temperament, the self-assurance, the confidence that he could do it and that he belonged there. Being the First of anything requires a certain mindset. Reginald Lewis had it.”

When Lewis died from brain cancer in 1993, he left behind a legacy that continues to inspire young African-Americans, and all Americans of color.

Reginald Lewis was known for being the first (and still the only) person accepted to Harvard Law School without applying to the prestigious 148-year-old institution. The Reginald F. Lewis International Law Center stands at Harvard Law School today, as the first building on their campus named after an African-American.

In 1987, Lewis founded his Foundation to carry out his vision and mission for philanthropy, supporting educational programs for minorities and underprivileged youth, as well as showcasing and preserving African-American art and culture.

Highlights of Lewis’s exceptional life are also permanently displayed at the Smithsonian National Museum of African-American History and Culture, and a documentary about his life is slated for release on WNET in February 2018.