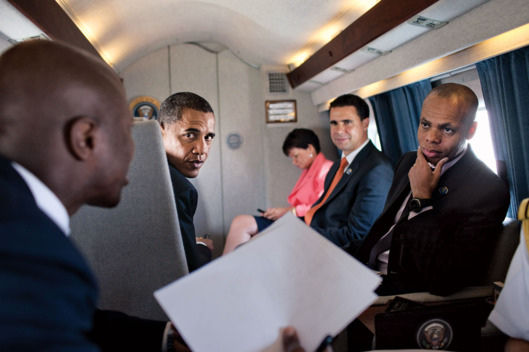 Congress actually got some big things done this year.

By just about any standard, the House and Senate passed more significant pieces of legislation in 2015 than at any point since President Obama’s first two years in office, according to The Atlantic.

“Little legislation made it out of the Capitol between 2011 and 2014, as lawmakers lurched from one crisis to the next,” the Atlantic noted. “Most of the noteworthy legislation that did pass—a deficit-reduction bill in 2011, the fiscal-cliff deal in 2013—were significant merely because they forestalled a calamity of Congress’s own making, not because they established new law or proactively addressed a national problem.”

But in 2015, several pieces of legislation were earmarked for African Americans including the African- American Civil Rights Network Act of 2015.

Introduced in October 2015, the bill requires the Department of the Interior to establish within the National Park Service, a U.S. Civil Rights Network that will encompass all NPS units and programs that relate to the African American civil rights movement from 1939 through 1968, according to Congress.gov.

Here is another earmarked bill. In January 2015 Congressman John Conyers introduced H.R.40, which would establish a commission to study reparation proposals for the African-Americans Act.

According to Congress.gov., the legislation was referred to the Committee on the Judiciary. If passed, it would acknowledge the fundamental injustice, cruelty, brutality, and inhumanity of slavery in the United States and the 13 American colonies between 1619 and 1865.

It would “establish a commission to examine the institution of slavery, racial and economic discrimination against African-Americans, and the impact of these forces on living African-Americans, to make recommendations to the Congress on appropriate remedies, and for other purposes.”

Blacks and others, however, understand at some level why the White House has downplayed race in the last six and three-quarter years. That is “the price that Obama has had to pay — and, more important, that African-Americans have had to pay, — is one of caution, moderation, and at times compromised policies,” The New York Times Magazine noted on Oct. 7 in The Paradox of the First Black President.

“But now, as Obama’s presidency draws to a close, African-American intellectuals and civil-rights leaders have grown increasingly vocal in their discontents. They frame them, for the most part, with love and respect. But current events have broken their hearts and stretched their patience.”

This means that while his presidency birthed The Black Lives Matter movement, criminal justice reform, and My Brother’s Keeper Initiative. “He is now trying, with the improbable cooperation of congressional Republicans, to pass a bill on criminal-justice reform,” The New York Times continued.

At the Aspen Ideas Festival this summer, Valerie Jarrett fielded many questions including one where someone asked why Obama publicly engaged with issues of race only “halfway.” Her reply was swift, pointed, and poignant. “I think you have to ask yourself: Why is that all on him?”