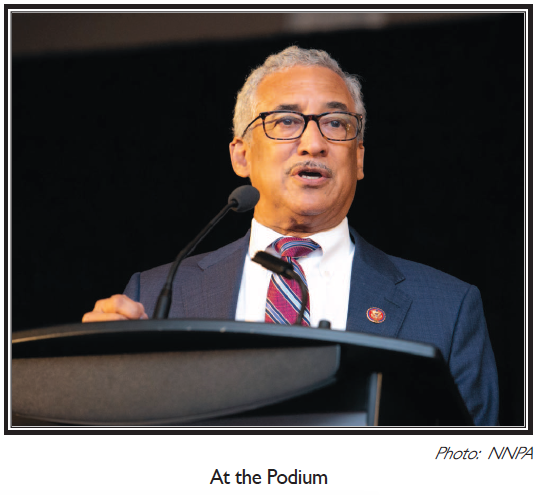 Virginia Democratic Congressman Bobby Scott has always advocated for a fair and equitable education for all students.

When he helped spearhead the passage of the Every Student Succeeds Act (ESSA), Scott had civil rights in mind. ESSA replaced the No Child Left Behind law, which amplified the federal government’s role in U.S. classrooms. No Child Left Behind launched a national system that judged schools based on math and reading test scores and required them to raise scores every year or face escalating penalties.

“Fifty years ago, Congress originally passed the Elementary and Secondary Education Act to help make that right a reality,” said Scott, the chair of the Committee on Education and Labor. “The Every Student Succeeds Act honors the civil rights legacy of that law,” he said.

Similar to ESSA, No Child Left Behind was crafted and passed with strong bipartisan support. However, over time, its testing-centric accountability structure became widely seen as overly punitive.

Despite the Trump administration’s callousness toward a fair and equal education for all regardless of their race or background. Scott has remained vigilant about ESSA and education’s role in transforming communities. In recognition of his unwavering dedication, the National Newspaper Publishers Association (NNPA) presented him with the 2019 NNPA National Leadership Award for his outstanding contributions and courageous leadership in the field of education.

The ceremony took place on September 12th in Washington, DC at 7 p.m. In addition to Representative Scott, the NNPA recognized seven other dynamic leaders over the course of the evening. He has represented Virginia’s third congressional district in the U.S. House of Representatives since 1993.

In Congress, as part of his efforts to provide universal health care, Scott sought to ensure that millions of uninsured children have access to comprehensive health care services.

Throughout his service, Scott has championed early childhood education.

He’s often cited research that shows early childhood education during a child’s formative years as being critical to brain development.

“Participating in high-quality early childhood education is critical for children,” Scott said. “Doing so lessens the chances they will be involved in the criminal justice system, violence, or illegal drugs,” he said.

Scott is the lead sponsor of the Child Care for Working Families Act.

The measure is a comprehensive early learning and childcare bill that ensures affordable and high-quality childcare for working-class families and those living paycheck to paycheck.

“If we are going to prepare our country’s youth for their future properly, we must ensure that we are giving them the fundamental tools necessary to grow into skillful and productive members of the workforce, starting from the beginning of childhood,” Scott said in a recent interview with NNPA Newswire.

Earlier this year, Scott’s committee voted in favor of the Rebuild America’s School Act, a bill that would provide about $100 billion for school infrastructure.

Scott and his colleagues also advanced the Paycheck Fairness Act, which toughens penalties that businesses face for gender-pay disparities.

“In 1954, the Supreme Court ruled that it is doubtful that any child may reasonably be able to succeed in life if denied an opportunity of an education; that such an opportunity is a right that must be equal for all,” he said.

The bill seeks to help minority students overcome some of the many disadvantages they face.

Much of which was spelled out in a 2019 report that revealed white school districts receive $23 billion more in funding than non-white districts despite serving the same number of students.

Because the school system relies so heavily on community wealth, the gap reflects both the prosperity divide in America and the fragmented nature of school district borders.

The system is designed to exclude outside students and protect internal advantage, according to the authors of the 2019 education report.

“Adam Clayton Powell spearheaded legislation in the 1960s that put more money into low-income areas. And, the Higher Education Act passed under President Lyndon B. Johnson, assured that no child would be turned away from college because he’s poor,” Scott said.

“Then there was the Pell Grant which assured that a child could go to any college and not incur that much debt. You can have equity in K-12, but you’ve got to have Head Start … and we have to make sure that legacy continues,” he said.

Scott said public schools in the U.S. are at a critical breaking point and noted that one estimate found that school infrastructure is shortchanged by $46 billion every year.

The Paycheck Fairness Act removes many of the legal defenses that businesses use to claim that they aren’t discriminating.

It makes it unlawful for businesses to inquire about a worker’s wage history or use it as a hiring factor if they know, among other provisions. 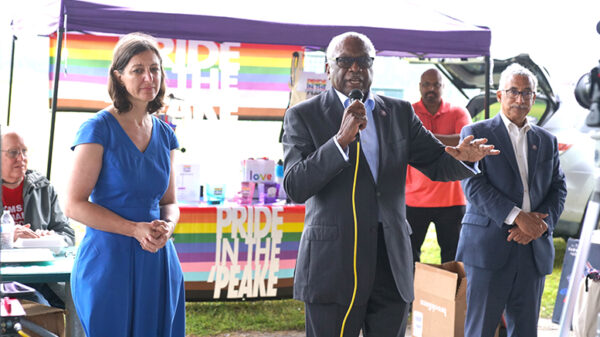 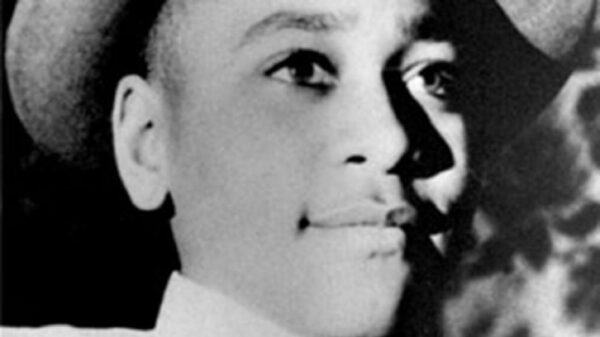