The confessions of organizations about their roles in slavery continue, and they may be intensifying. Every year one or two individual organizations commit this confession.

But I wonder if these individual confessions are not unlike some Protestant confessions at the altar, which ask forgiveness for of personal sins but do nothing about societal sins like the production and maintenance of poverty and illness.

The latest—and perhaps most significant—confessor is Harvard University, which released a report pledging $100 million to redress its ties to slavery.

Harvard admits a fact that I learned as a youth: Slavery was an integral part of life in Massachusetts and at Harvard during the colonial era. But, of course, the Harvard connection was only implied at the time.

The Harvard report detailed (1) how Harvard enslaved over 70 Black and Indigenous people over about 150 years and (2) how Harvard scholars provided intellectual justification for racism by promoting “race science” and eugenics and conducting abusive research on enslaved people.

Harvard President Lawrence Bacow declared that Harvard “benefited from and in some ways perpetuated practices that were profoundly immoral. Consequently, I believe we bear a moral responsibility to do what we can to address the persistent corrosive effects of those historical practices on individuals, on Harvard, and on our society.”

I applaud Harvard’s report and its plan to spend $100 million in an attempt to rectify some of the ills it created. However, this “backdoor” reparation is problematic, most importantly because it continues the suggestion that only a few organizations outside of the plantations in the South benefited from slavery.

Eric Williams, who later became Prime Minister of Tobago, published a very influential book in 1944, Capitalism and Slavery, that showed how slavery was the engine of American economic growth.

By the 1830s, cotton—produced by enslaved people–was indeed “King Cotton” in the South. But it was also king in the United States, which was competing for economic leadership in the global economy.

By this time, the North had discontinued slavery. However, American financial and shipping industries were dependent on slave-produced cotton. New York received 40 percent of U.S. cotton revenue through money from its financial firms, shipping business, and insurance companies earned by some estimates.

Slavery was indispensable in the development of the New World. European colonists could not have settled and developed North and South America and the Caribbean without slave labor.

Slave labor produced the primary consumer goods that were the basis of world trade during the eighteenth and early nineteenth centuries: coffee, cotton, rum, sugar, and tobacco.

Slavery produced a substantial share of the capital and manufactured goods that laid the basis for American economic growth. Also, people in non-slave areas routinely did business with enslavers and slave commerce.

To benefit from cotton production in the South, the North developed a variety of businesses that provided services for the slave South, including textile factories, a meat processing industry, insurance companies, shippers, and cotton brokers.

The beneficial effects of slavery permeated society. For example, profits from cotton made cotton textiles much cheaper than they might have been otherwise. Also, White citizens in the north and west of the United States benefited from the lower taxes that these cotton profits caused.

To move toward making things right, America must admit the role of slavery in developing this country and then begin real societally based reparations. 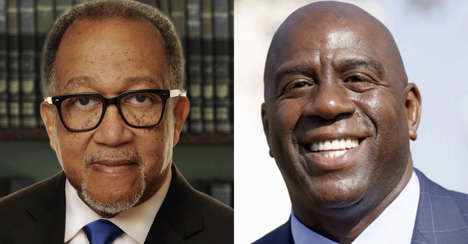