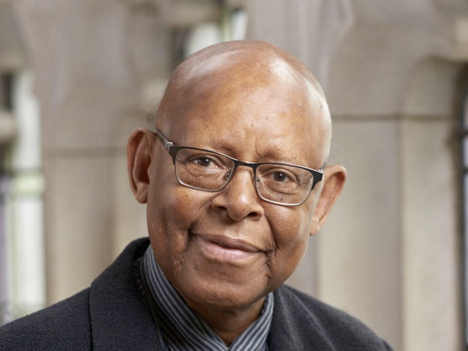 In the study of Rev. Dr. Geoffrey V. Guns at Norfolk’s Second Calvary Baptist Church are bookshelves adorned with publications related to his craft as a faith leader and advisor to the congregation.

The Bible is the mainstay of the collection along with works written by academic and church scribes detailing the evolution and importance of Christianity and other religious orders.

Among the most cherished and guarded books in this collection, according to Guns, are those written by Dr. James H. Cone. In the 1960s, Cone who died in late April, gave birth to Black Liberation Theology. according Rev. Guns, an adherent,

Cone’s revolutionary form of theology shook the theological orthodoxy with its claim that God had a “radical identification” with Blacks and poor peoples across the globe. He died April 28 at Memorial Sloan Kettering Cancer Center in Manhattan.

In his writings, Cone suggested God was, indeed, black — an argument that was famously advanced by his 19th-century predecessor Henry McNeal Turner, who spurned the traditional image of Jesus as a blond, white-skinned prophet.

Anthony B. Pinn, a professor of religion at Rice University, explained in a Washington Post article written upon Cone’s passing, that Cone didn’t claim that God was physically black, or that only black people were righteous.

“He was arguing that Christians — white, black, purple, red — have to be committed to racial justice.