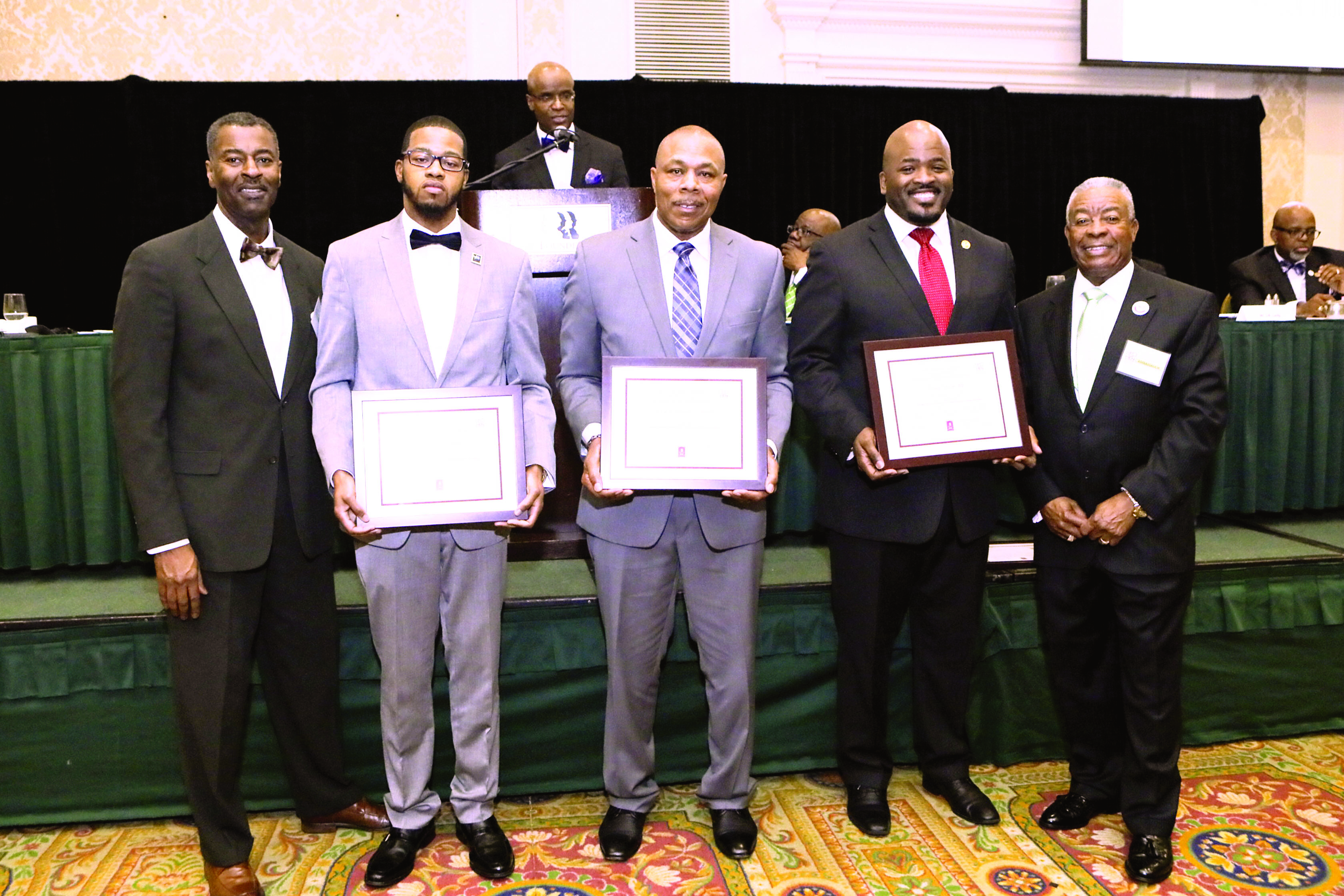 Over 500 Men and Boys ages 8 to 80 attended their 6th Annual 900 Men Strong Scholarship and Community Service Awards breakfast on Saturday on April 1, 2017 at the Virginia Beach Founders Inn.

Dr. David Anderson, founder of the Black Empowerment Radio Network, served as the keynote speaker and provided some thought-provoking remarks reminding young men that while many African-American Men throughout the country have been victims of several questionable deaths between Law Enforcement and African-American Men, these young Men need to prepare themselves to pursue an education and alleviate themselves from negative stereotypes often associated with young boys wearing their pants far below the midsection of their body.

This year’s breakfast was highlighted by the community service awards selection process designed to provide the community an opportunity to select one of the three honorees being awarded the W.H. Gray Community Service Award. The 900 Men Strong committee selected Dr. Tony McNair, the 2017 Virginia Teacher of the Year, as a recipient and Leonard Parson Founder and President/CEO of CLP Financial Group as this year honorees.

This breakfast is designed to help bridge a stronger relationship between law enforcement and youth by having young men sit at the tables of officers and dialogue with law enforcement to build relationships, according to Tyrone Walker, Chairperson of this year’s 900 Men Strong Scholarship and Community Service Awards Breakfast. Law Enforcement from various departments throughout Hampton Roads attended to engage in personable conversations with these young men to bridge any misperceptions about Black youth and Law Enforcement that can lead to avoidable incidents in the community.

Police Departments represented were from Norfolk, Virginia Beach and Chesapeake. Sheriff Departments from Chesapeake and Norfolk were also in attendance.

The 900 Men Scholarship and Community Service Awards Breakfast continues to serve as one of the largest breakfast attracting Men only to stand up and Make a Difference Through Education by providing scholarships to high school Boys, honoring Men in the community who have given back, and providing an electrifying speech during the breakfast for Men to serve as role models to the over 200 youth in attendance.