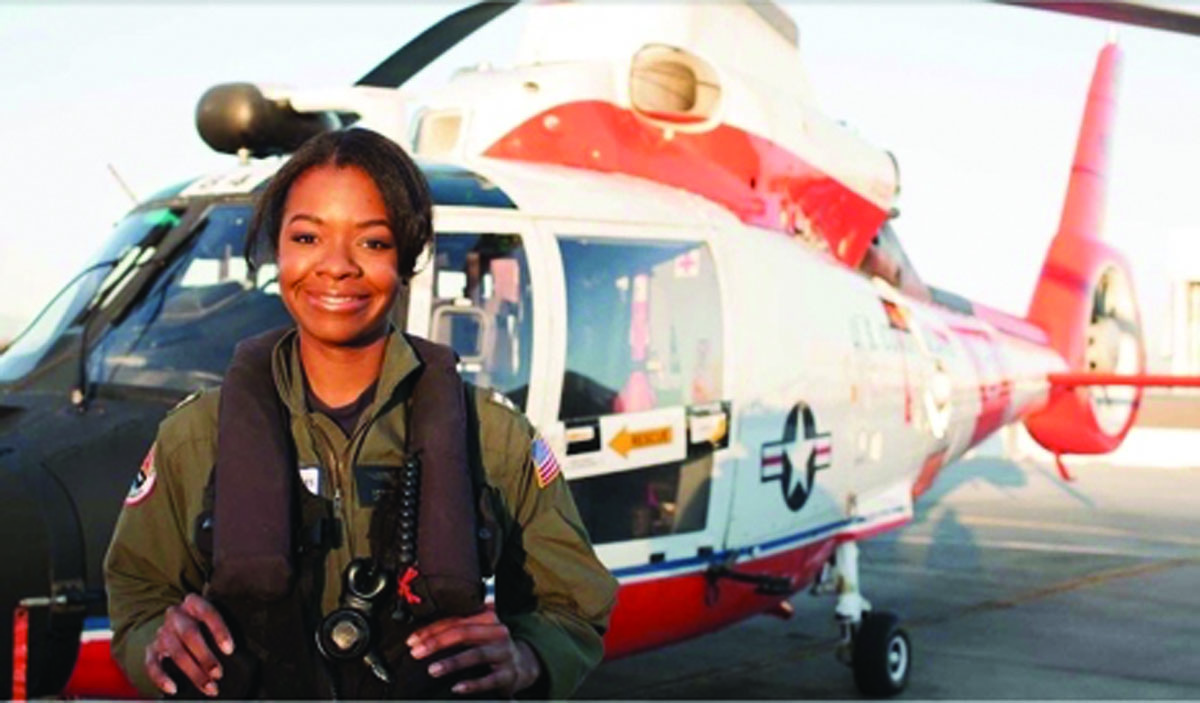 (Howard University News Service)
Growing up poor and abandoned in Fayetteville, North Carolina, La’Shanda Holmes had no idea where her life would take her; certainly not to a career as a helicopter pilot for the U.S. Coast Guard and a position with NASA.

After losing her mother to suicide at age two, Holmes was adopted by her aunt who would later remarry to an abusive man.

Due to turmoil within the household, Holmes was put into foster care, only to face more depression, loneliness, abuse and instability. Between her junior and senior year of high school, Holmes said she stayed in a total five homes. Holmes was in the program from 16-years-old until 21 when she aged out.

“My greatest comfort was prayer,” Holmes said. “My situation had become pretty depressing and the isolation was overwhelming. So, I turned to God.

“I felt like I had nowhere else to go and that all of these things had to be happening for a reason. I refused to think that God allowed me to endure tragedy, pain, abuse, or neglect for it to just end with depression and isolation.”

Holmes was a junior in high school when she decided to turn her life around. One of the keys to her success was Linda and Edward Brown, who adopted her at age 17. She still calls them her parents.

She graduated from high school at the top of her class and enrolled in 2003 in her dream school, Spelman College. While volunteering at career fair, she spoke to a U.S. Coast Guard recruiter and met Lt. Jeanie Menze, the first African-American female aviator in the Coast Guard. Holmes decided then she wanted to fly.

“Flying had never even crossed my mind as an option of what I could do in life,” she said. “It wasn’t until I met Jeanine, a brown girl like me, that I considered it. Jeanine completely changed the perception of what a pilot was in my mind. So, I knew I could at least give it a shot.”

“The Coast Guard offered me the opportunity of a lifetime,” she said. “It’s the first time I felt that I had a sense of power to do something with my life.”

Once graduating from her aviation program, Holmes became the first African-American female helicopter pilot for the Coast Guard.

Today, Holmes, 31, is a lieutenant and in Washington working as a special assistant to the administrator of NASA in a White House fellowship program. She said the sky’s the limit – pun intended. Holmes is currently finishing up a master’s degree in administrative leadership and plans to write a book.